The NBA is known as a landscape dominated by star players. The teams with the biggest and best names usually line the upper echelons of the league standings. Elite role players are always valuable, but without superstars to prop them up, they are often unable to truly show their worth. In the first 19 games of this young season, Montrezl Harrell is disproving this theory.

After a hard-fought win over the Portland Trail Blazers on Sunday night, the Los Angeles Clippers are now 13-6 and sitting pretty atop the Western Conference. Tobias Harris, Danilo Gallinari, Lou Williams and impressive rookie Shai Gilgeous-Alexander have been instrumental in the Clippers’ success. Make no mistake though, Harrell is the heart and soul of this squad.

At 6-foot-8, he is vastly undersized for the center position. However, you wouldn’t know it when watching him ball out. Harrell has enough energy to power the entire state of California, and exerts it for every second of his 23.8 minutes per night. Those limited minutes don’t hinder his production though, he is averaging 15.8 points, 7.4 rebounds and 1.8 blocks per game while converting a sizzling 64.1 percent of his field goals.

Not bad for a guy who is signed for just $6 million per year over the next two seasons.

In a world where 3-point shooting and spaced out half-court sets govern the league, “Trez” does neither. Instead, he thrives by finding cutting and rolling lanes, and impacting the game via offensive rebounds and post-ups. If there is a playtype that requires spirit and enthusiasm, you can rest assured that Montrezl Harrell blossoms in that area. That’s the sort of thing that breathes life into a team, and the way the Clippers play is a testament to that.

Harrell gets the bulk of his buckets as an aggressive roller on the pick-and-roll. Although instead of actually setting a screen, the 24-year-old often feints to set the pick and slips out in a straight line to the cup. Despite his bulky 240lbs frame, Harrell moves freely and quickly, like a enormous, dreadlocked wildebeest. When he receives the rock from the ball handler, he is an elite finisher near the rim. While he doesn’t possess the fanciest layup package, the big man is extremely adept at wriggling his way into advantageous positions to put the ball in the hoop.

When speaking with Jovan Buva of The Athletic, Clippers head coach Doc Rivers let us in on the key to Harrell’s pick-and-roll success.

“It’s because of his speed … He’s just so fast and he plays with power. … When he sets the pick-and-rolls at the pace that he’s doing it at, it’s tough to stop the ball and get back to Trez. He just does it at such a great pace.” he said.

When he isn’t slicing through interior defenders with his soft touch, he is using every inch of that powerful frame to hammer down dunks. For the season, his 71.8 percent clip from within five feet of the rim ranks 10th among players averaging over five attempts per game:

With a cutting force like Montrezl Harrell anchoring their offensive schemes, he creates infinitely more space for the rest of the Los Angeles’ outside scorers to operate in. With his girth and speed, he is a nightmare for nearly all opposing centers to contend with. That overwhelming power is especially visible on the glass. Being undersized stops Harrell just short of being an elite rebounder (10.3 per 36 minutes), but he scrapes and claws for rebounds with a viscous want-to that will bring a smile to any hoop lovers face. That kind of effort is infectious, and it courses through the veins of the rest of his teammates.

Albeit to a lesser degree, cutting hard to the rack and percolating on the glass has been Harrell’s modus operandi since he entered the league as a second-round pick. The biggest aspect of his game that drives home his work rate is his improvement on the defensive end of the floor.

Throughout his four seasons in the big leagues, Harrell has never averaged over a block per night. In the 15 games he has played in thus far in 2018-19, he is averaging 1.8 swats per night. His movement, awareness and timing as a shot blocker on his primary defender has improved leaps and bounds, and his help-side defense has followed along with it. With his fast feet and capability to jump multiple times in quick succession, it was only a matter of time before the ball of energy figured it all out defensively:

In Bball Index’s defensive player impact plus/minus, one of the most reliable all encompassing defensive metrics, Harrell’s +1.6 score ranks as the 23rd most effective defender in the league. A striking increase over the -0.25 mark he posted last season.

It isn’t just the inside defense that has his metrics soaring, it’s his ability to switch out onto the perimeter and hold his own when he has to. As usual, it’s his speed, quick reaction time and pure willingness to do the dirty work that is the reason for this.

The best evidence of his perimeter vice grip was in L.A’s recent win over the San Antonio Spurs. With the game on the line in the closing moments, Harrell jumped into the path of a red-hot DeMar DeRozan, providing just enough pressure to force the Spurs star to fumble the ball out of bounds. Once again, even after a long game, Montrezl Harrell had enough jet fuel left to lift his team off the ground one last time.

With the Western Conference legitimately containing 14 teams that are capable of playing playoff basketball, the Los Angeles Clippers will be hard-pressed to keep themselves in a top four position. Although with their spiritual leader Montrezl Harrell tying their group of borderline stars together, they have just as much chance as anyone right now. That’s what happens when a role player exerts maximum effort nightly. 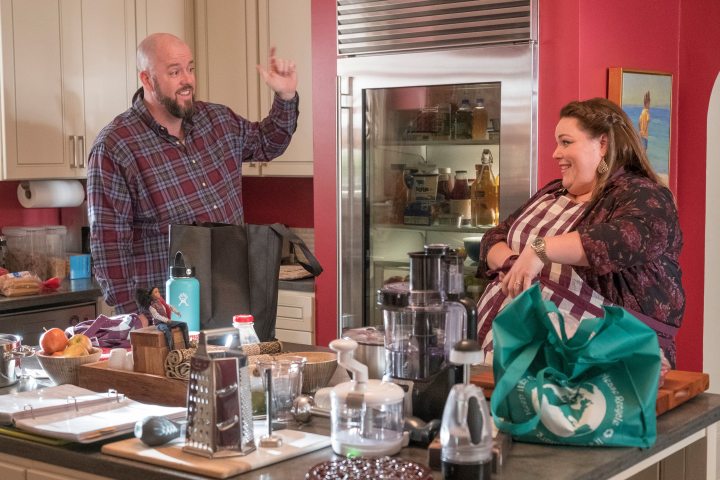 TV Ratings Hit Season Lows Over the Week of Thanksgiving

Tory Lanez Links With Lil Wayne For ‘Talk To Me’ Remix