Michael Porter Jr. was supposed to be the number one pick in last year’s draft. For years leading up to it, scouts had projected him as one of the best prospects in what now seems like one of the deepest rookie classes in recent memory. This wasn’t one of those situations where someone who was the next big thing in middle school fell off when they got to the senior year of high school, either; going into the 2017-2018 college basketball season, he was one of the guys to watch.

But then something strange happened. As you already probably know, in the first half of his first game for Missouri, he went down with a back injury that kept him out until the last two games of the season. On draft night, despite the rumors swirling that the Sacramento Kings might take him at the two spot, he fell all the way to the Nuggets at 14th pick–the last spot in the lottery. For the Nuggets, Michael Porter Jr. was a steal. He was the kind of low-risk, high-reward home run swing the Nuggets needed to get over the top.

Even with all the health concerns–never mind the fair criticisms about his game–the Nuggets could rely on MPJ more as a key part of their future than most people think. And in order to stay at their current level, let alone make the leap to true title-contender status, Denver needs him to be more than a lottery ticket.

Much of their development from the past few years is, of course, internal growth and chemistry. An even bigger portion however, is directly related to the impact Paul Millsap’s defense has had on the team. With Millsap on the floor, they’re one of the most best teams in the league on both ends and a bona fide title contender. Without him, they have trouble stopping a nosebleed, and essentially become a team that needs to score at least 120 points to win games.

Partially due to roster construction, the Nuggets’ defense even with Millsap in the game has a difficult time stopping dribble penetration. They play a lot of smaller, slower guards who try hard on defense but who teams can still exploit from the perimeter on a fairly regular basis. Just watch how Will Barton sags off and lets Alex Caruso get an easy pull-up jumper:

Such simple penetration has been a significant part of their defensive identity for this current era. The reason teams don’t just blow them out every game, though, is Millsap. His value largely comes from the fact that the only player on the Nuggets roster with the awareness, size, and athleticism to consistently make up for whatever mistakes the guards might make. He’s always in the right position to bail the Nuggets out no matter what’s going on:

The timing on that rotation was absolutely perfect and he makes plays like it on a nightly basis. His on-ball defense has definitely fallen off since he left Atlanta a few years back, but his off-ball defense is so good that it doesn’t really matter. He has a seemingly-preternatural ability to anticipate exactly what the offense is going to do and figure out exactly when to make his move to stop it. Watch any Nuggets game and you’ll almost certainly see him blowing up passing lanes and getting good contests at the rim:

His help defense manifests in other ways, too. He’s especially adept at figuring out what the offense is going to do and stopping it before they get a chance to do it. Look at the way he cuts off Jrue Holiday’s first look, Cheick Diallo, which forces Holiday into a bad decision:

But the most important thing is that his presence has an immediate effect on his teammates. Whether it’s because of his constant communication, lead-by-example attitude, or general activity, the defense is always a lot crisper when he’s in the game. Close-outs are smarter, rotations are smoother, and the energy level is noticeably higher.

By sheer volume of minutes he’s played where he’s had an unequivocally positive impact, it’s no wonder why the Nuggets play like the third-best defense in the league when he’s on the floor and fall out of the top ten entirely when he’s off. And it’s a big reason why their record is 59-28 when he’s played and 29-26 when he hasn’t since he arrived in the Mile High City. Nikola Jokic might be their most impactful–and important–player but Millsap isn’t far behind him.

This is where things get complicated for Denver. For as good as Millsap’s been and as gracefully as his game has aged, he’s still a 34-year-old big man with a recent injury history, up-and-down production and a $30 million contract. What if he slips even further next season and can’t quite make the plays that have made him such a valuable player to the Nuggets over this stretch? What if he has another major injury and doesn’t come back right? These are all questions the Nuggets have to be asking themselves right now–as they almost assuredly are–and there doesn’t seem to be a coherent answer to any of them.

Part of what has made Millsap such a valuable player, aside from his own contributions, is the simple fact that the other options are an odd collection of confusing puzzle pieces. For whatever reason, Denver’s front office hasn’t been able to find a four who can reliably keep the ship steady when he sits. It’s possible that no player on the Nuggets represents that more than Trey Lyles who is one of the most baffling guys in the entire NBA.

Lyles, who Denver got in the infamous draft-night trade for Donovan Mitchell, started out his Nuggets career with the same apathy that had come to define his time in Utah. He was an average prospect with a smooth jumper and an interesting face-up game but he wasn’t ever really consistent enough with either to make a difference. But when Millsap went down with a thumb injury in November Lyles started to show what he could do.

Through December and January, he averaged 14.4 points per game with a stellar true shooting percentage, to go along with 6.6 rebounds, all while canning 43.3 percent of his three’s on decent volume. It didn’t matter all too much that his defense wasn’t up to par because he was an absolute matchup nightmare on offense who could hit three’s, drive to the rim, and score in the post. He was finally starting to scratch the surface on the talent he obviously had, and it looked like the Nuggets had their future four.

This year, on the other hand, has been a radically different story. Before he got hurt and missed a few games, he had an exceedingly hard time getting into much of a rhythm. He would have a stretch where he’d score over ten points a game and look like he was figuring it out again only to follow those up with games where you might not have noticed he was playing until you looked at the box score. On a nightly basis, it’s not super clear what he’s going to do. He could hit his three’s and attack the rim and give the Nuggets a boost. Or he could do little more than grab a few boards, turn the ball over, and have Denver basically play four-on-five.

Lyles’ inconsistency would be palatable if the team had someone else alongside him who could reliably impact the game but that simply isn’t the case. The next guy up would be Juancho Hernangomez whose impact since he arrived in Denver has been all over the place. The problems with Hernangomez aren’t like Lyles’; we know that he can produce when he has the chance. But for whatever reason Mike Malone hasn’t really given him much of an opportunity to do it.

He’ll have a stretch where he plays a lot of minutes, hits his three’s and holds his own on defense and then Malone will glue him to the bench for five games. It’s possible–if not probable–there’s something else going on behind the scenes that we don’t know about. Until Juancho and Malone resolve whatever is going on and Hernangomez can find a consistent role with the team for the first time in his career, I’m going to have a difficult time believing he can fill some of the holes the Nuggets need to fill after Millsap.

Look, it’s not out of the realm of possibility that Lyles and/or Hernangomez figure it out and give the Nuggets the kind of depth they need so opposing offenses don’t blow them off the court whenever Millsap isn’t playing. Each have had longer stretches where they looked ready to do so, after all. But in order to do more than merely survive without Millsap, they need a star-level player, plain and simple. And they’re likely not going to get that player in free agency.

It’s vitally important to remember that Millsap was the first true All-Star to sign with the Nuggets in the history of the franchise. They can’t just go out and get a superstar who happens to be available in a given summer. They need more luck to make moves towards contention than a team like the Los Angeles Lakers or New York Knicks who very well could make themselves into some of the best teams in the league this summer after years of toiling in mediocrity. The Nuggets need to get creative.

With their pick of Michael Porter Jr. it seems like they already have. Though Porter’s injury history as a skinnier 6’11” big is concerning, he’s easily one of the most enticing prospects Denver has had in years. When healthy, he looked like a transformational player who had everything the modern NBA seems to be looking for.

This is where I’d usually dive into Porter’s potential fit with the team using stats and game film but that’s not really possible with him at this stage. He played three games at Missouri, neither of which offer much in an analytical sense. His high school tape is about as legitimate as anyone else’s. With Porter, it’s all kind of a guessing game. We know the broad strokes of who he was: a smooth, athletic, face-up scorer who looked like he might be a number one option on a good team. But we have no idea who he is right now.

If the Nuggets are ever going to make good on this young core, they need Michael Porter Jr. to show why scouts had him as the number one pick in this past draft for years before the injuries. 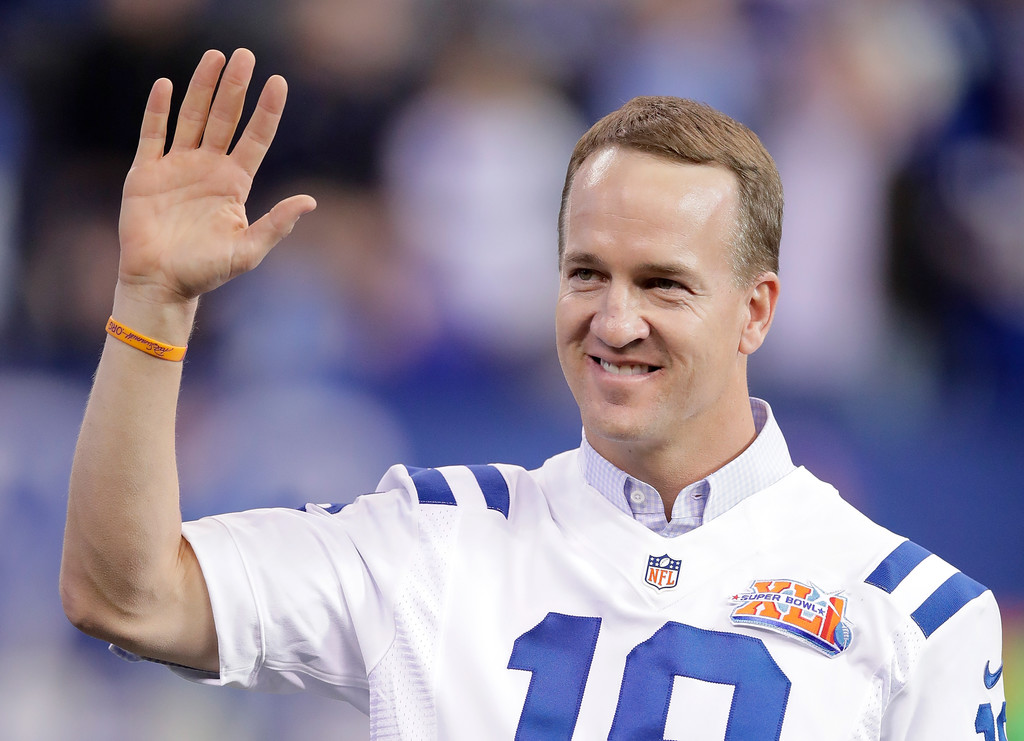 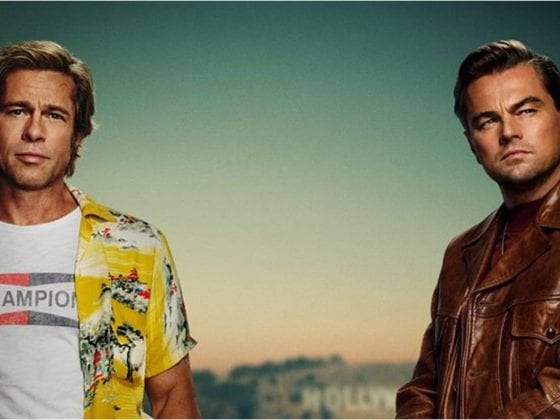