The Los Angeles Lakers will still be without their star in LeBron James for a few more games. ESPN’s Dave McMenamin reports that James will not travel with the team on their upcoming road trip swing and next week against the Detroit Pistons. The next possible return point for LeBron would be January 11th against the Utah Jazz.

Lakers say LeBron James will not travel on their upcoming two-game road trip through Minnesota and Dallas. He has also been ruled out of next Wednesday's game against DET. He will be re-evaluated a week from today, meaning a return to action 1/11 @ UTA is possible

LeBron suffered the groin injury in the Christmas Day matchup with the Golden State Warriors. In his absence the Lakers have understandably scuffled to a 1-4 record, with a home loss to the cellar-dweller New York Knicks highlight the struggles.

“We got to get him healthy,” Lakers coach Luke Walton said via ESPN prior to the game versus the Knicks. “We talk all year, we need everyone on our team. You don’t want anyone to get hurt. That’s how the NBA season plays out. We’re down in bodies. It’s gonna be a challenge, but our guys should be excited for that. We gotta find a way to keep playing at a high level and try to finish some of these games out.” 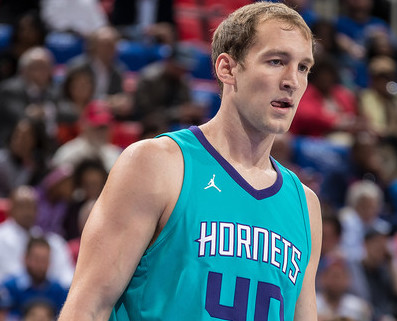