In a hard-fought, ugly, back and forth game, the Kansas Jayhawks were able to beat the #16 ranked West Virginia Mountaineers 60-53. This was a huge opportunity for the Mountaineers to get another signature win after they upset the then #2 ranked Ohio State Buckeyes last week. The final score is not indicative of how close the game was, with both teams going back and forth throughout the game. The billing of this game as a battle of the big men certainly delivered. Oscar Tshiebwe and Udoka Azubuike were the stars for their teams with both having huge games. Tshiebwe had 17 points and 17 rebounds, while Azubuike had 17 points, 11 rebounds, and 6 blocks.

First Half: The Oscar Tshiebwe Show

In the first half, the story was the incredible play of Oscar Tshiebwe, who scored 15 points and grabbed 10 rebounds in the first half. He played exceptionally well, grabbing rebounds and doing damage in the post. His play was the main catalyst behind a six-point Mountaineer lead at the half. Kansas also struggled from the 3 (2-11) and the free-throw line (6-13). They also had 10 turnovers, but the Mountaineers did not fare better in that department with 7. West Virginia outrebounded the Jayhawks, grabbing 23 boards to Kansas’s 16. Devon Dotson had a huge first half for the Jayhawks, scoring 12 points and getting 3 steals.

In the second half, the Kansas Jayhawks came out firing and quickly tied up the game. Udoka Azubuike was on the receiving end of three or so monster alley-oops which he threw down with some authority. Oscar Tshiebwe played poorly and was not much of a factor as he dealt with foul trouble. But despite Kansas playing much better than in the first half, West Virginia stayed within striking distance for most of the second half. But they were unable to score when it mattered most and Kansas was able to make shots just when West Virginia was closing the lead. Both teams shot poorly from the free-throw line, with Kansas going 19 of 30 and West Virginia shooting 12 of 22. Both teams struggled even more from 3, with Kansas shooting 3 of 17 and West Virginia going 3 of 14. This game was a good old fashioned rock fight.

Both teams will go on the road, with West Virginia facing off against Oklahoma State in Stillwater on Monday and Kansas will be visiting Iowa State on Wednesday.

Don’t get between this man and the rim ? pic.twitter.com/XPe6mVXFqK 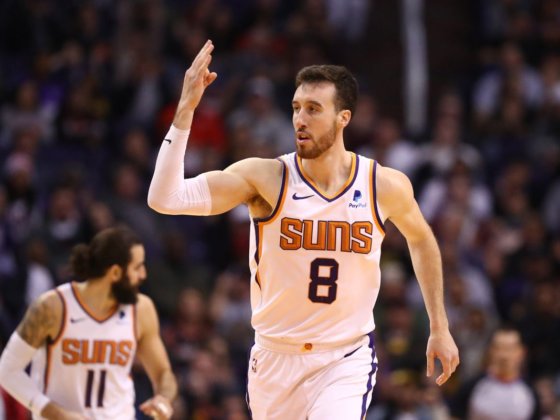