Have you ever thought about the first Harry Potter book from Hermione Granger’s perspective? She’s a little girl, excited to go to school to learn about her magical powers, only to be bullied by some of the boys because she’s too interested in reading and learning. She quickly begins to dislike Ron Weasley because of his mean comments. But after Harry and Ron save her from a mountain troll (22-year-old spoiler alert), Hermione can’t help but become friends with them. They earn her begrudging respect.

During the 2018-19 NBA season, Jimmy Butler treated his teammates on the Minnesota Timberwolves the same way Ron treated Hermione. Early on, he was a jerk. He was a bully. He was easy to dislike. But by the end of the season, even Butler’s former teammates in Minnesota would have to admit that he’s backed up his brash words.

This season, Butler earned the utmost respect of this writer (mostly meaningless) and of countless other NBA fans and analysts (maybe not so meaningless). Butler also proved that he deserves a max contract from his new team, the Philadelphia 76ers.

In September, Butler publicly requested a trade from the Timberwolves. A few weeks later, he showed up to training camp, participated in a now infamous practice, and invited ESPN’s Rachel Nichols to talk about it on national TV the next day.

Butler undermined his own teammates, blew up Minnesota’s 2018-19 season, and put the bus into drive after throwing his young teammates under it. He talked a lot about how the Timberwolves needed him to win, even though Butler himself had only won two playoff series in his six-year career until that point.

After a trade to the 76ers and a tumultuous season that ended in heartbreaking fashion in the second round, you’d think Butler would deserve criticism. He was the veteran leader of a young team, the go-to guy in crunch time. Butler is an impending free agent in the prime of his career, hoping to receive a max contract. How could he not come through when it mattered most?

The answer appears counterintuitive: Butler did come through for his team. Philadelphia’s season ended earlier than it had hoped, but it was to no fault of Butler. Here’s how Butler fulfilled his role for the 76ers and showed his immense value to them.

Butler was good but not spectacular in Philadelphia’s first-round series against the Brooklyn Nets. To be frank, it didn’t particularly matter. Ben Simmons and Joel Embiid were phenomenal after Game 1, and the 76ers didn’t need Butler to do a whole lot. It was against Toronto in the second round, when the stakes were higher, that Philly needed Butler to be elite. And that he was.

In the grueling seven-game series, Butler led the 76ers in both scoring and assists, with 22 points and 5.6 assists nightly. He also grabbed seven rebounds per game – huge for a perimeter player in an extremely physical matchup.

Defensively, Butler made life difficult for Kyle Lowry all series. After struggling to defend Kawhi Leonard at times in Game 1, Butler switched onto the Lowry assignment and defended him for most possessions the rest of the series. He did an excellent job, limiting Lowry to just 35 total points in the series when Butler was the primary defender. Lowry shot just 28 percent from the field and a ghastly 16 percent from deep when Butler guarded him.

While Butler didn’t shoot well in this series – just 44.3 percent from the field and 26.5 percent beyond the arc – he was still the most efficient high-volume offensive option for Philadelphia. Tobias Harris struggled to get anything going, save for Games 3 and 6. The same goes for Embiid, who was limited by illness, knee soreness, and Marc Gasol’s post defense. Ben Simmons scored efficiently, but he simply couldn’t do it at a high volume – partly because he was defended by Leonard, partly because Simmons’ lack of a jump shot limits his effectiveness in the halfcourt.

Those players were All-Stars or borderline this season, yet time and time again, the 76ers turned to Butler to create good shots. Down the stretch of close games, he usually came up big for them.

Evidently, Leonard topped Butler in the clutch, given the fact that the Raptors won two out of the three close games in the series. Leonard hit a massive shot in each of those games – a step back 3-pointer over Embiid in Game 4 and the instantly iconic series-winning shot in Game 7.

Newsflash: Leonard is one of the best players in the world and has been a top-3 performer in these playoffs. It’s not a revelation that he’s better than Butler. There’s something to be said for the fact that Leonard had to make such incredibly difficult shots to beat the 76ers.

In Game 7, Philadelphia’s crunch-time offense faltered, as it produced three consecutive possessions that ended in a shot clock violation or close to it. But the 76ers still only trailed by two points with under 10 seconds to go. Despite struggling with his shot all night, Butler pushed the ball and made what could’ve been one of the biggest plays of his career. He lofted a quick layup high off the glass, just over Serge Ibaka’s outstretched arm, to tie the game.

Butler’s efforts in the clutch didn’t all go to waste. The 76ers stole Game 2 in Toronto, a nail-biter in which Butler dominated the fourth quarter. He scored 30 points in the game, including 12 in the final eight minutes. At one point, Butler scored on three straight 76ers possessions, including this massive 3-pointer to give them a seven-point lead with just over two minutes left.

Say what you will about Butler, but you can’t question that he wants the ball in his own hands with a chance to guide his team to victory. Butler couldn’t win the series for Philadelphia. Still, his clutch play brought the 76ers pretty darn close. If they had the ball last in Game 7, we might be talking about a different conference finals matchup right now.

Considering the fiasco that happened in Minnesota, it’s strange to be writing positively about Butler’s leadership skills. A lot of potential turmoil could’ve existed in Philadelphia. There were rumors that Brett Brown might be fired; Harris, Butler, and J.J. Redick will all be free agents in July; the team was trying to fit four All-Star caliber players together in just three months; questions persist about Simmons’ ability to play point guard without a jump shot.

There was also the matter of Butler so publicly putting down the young franchise cornerstones of the Timberwolves, Karl-Anthony Towns and Andrew Wiggins. (Wiggins’ play hasn’t warranted that label, but his contract suggests that the team views him that way.) It seemed odd that Butler would have to work with another team whose two best players are in their early 20s.

In six months with the 76ers, Butler put all those doubts to rest. He spoke highly of Simmons and Embiid. By the time the playoffs came around, everyone around the 76ers had talked about Butler’s leadership, particularly in helping the two young All-Stars.

Butler helped hold together a team that could’ve collapsed when things didn’t go its way, like after facing a 3-2 deficit against Toronto. In a series where the Raptors were pretty heavily favoured, the 76ers surprised a lot of people and lost by only a hair. It’s to Butler’s credit that they persevered and had a real chance to win it.

Ah, the oldest sports cliché in the book. Yeah, it’s lame to talk about ‘who wants it more’ and a player’s ‘hustle and heart.’ Almost every player in the NBA cares immensely about winning. But there are a select few who play like they care just a little bit more.

Tony Allen, the godfather of the ‘Grit and Grind’ era in Memphis, used to be one of those players. Patrick Beverley. Marcus Smart. Draymond Green. P.J. Tucker. Even one of Butler’s opponents in his second-round series is up there: Kyle Lowry.

Jimmy Butler is unquestionably on that list. He’s better than any of the above players, but he makes the intangible impact all the same. Sometimes, it shows up on the box score. It often doesn’t.

Game 6 of the Toronto series was a perfect example. Late in the first half, Philadelphia led by 11 points. In the final 15 seconds, Butler blew by Patrick McCaw for a basket, stole the ball from Leonard, then scored again just before the buzzer. Butler turned to the crowd, raised his arms, and urged them to make some noise.

The crowd chanted Butler’s name as the players headed to the locker room, and the chants continued even after both teams had entered the tunnels. It was a game-changing sequence that may have saved Philadelphia’s season. Butler scored four points in that sequence, but the way he did it is what inspired both his teammates and the crowd. The steal was the critical hustle play that connected it all.

Moments like that, which shift momentum, are worth a lot more than just four points. Butler scored 19 in the first half because of his talent, but his sheer determination can’t be understated.

to philly. and my teammates. THANK YOU. ❤️❤️

A few months ago, it might’ve been possible to argue that the 76ers should try to retain Tobias Harris but not Jimmy Butler. Now, there’s no doubt that Butler should be their No. 1 priority in free agency. Maybe they should still sign Harris, and they likely will. Regardless, Butler proved to be the team’s most critical free agent. If Philadelphia doesn’t offer him a max contract, another team almost certainly will. The 76ers should be Butler’s squad to lead as Embiid and Simmons mature.

Despite a final result that looks disappointing on the surface, Philadelphia’s front office should look at Butler’s full body of work and realize that they need him there for the long run. 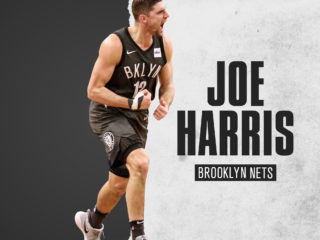 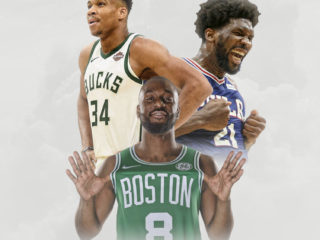