Nearly a decade later, Lin and Green are teammates again. This time, it’s three timezones away from Reno, in another country entirely. Lin officially signed with the Toronto Raptors on Feb. 13, but he said he didn’t really think about joining the team until it actually happened. On the Feb. 22 episode of Danny Green’s podcast, Lin said that he was enjoying his role with the Atlanta Hawks and didn’t even have plans for a buyout.

“It came out of nowhere,” Lin said.

But that all changed soon after the NBA trade deadline passed. Lin explained on the podcast that when the Raptors played the Hawks, just hours after the 3 p.m. deadline on Feb. 7, Kyle Lowry asked Lin, “You doing it?” to which Lin replied, “What? I don’t know what you’re talking about.”

Lin said that he would need to step into a great situation if he were to leave the Hawks. Enter Toronto, a finals contender that had just traded backup guard Delon Wright and needed a playmaker off the bench.

“If I’m going to have a similar role but have a chance to kind of go and make a deep playoff run, it’s hard to turn down,” Lin said.

In the nine years between their two stints as teammates, Lin and Green grew as players and as people. Green quickly found a spot with the San Antonio Spurs and became a starter for two finals runs, including an NBA title in 2014. He played seven seasons with the Spurs before being traded to the Raptors last July.

Lin, meanwhile, took a drastically different path than Green did. While Green’s rise perhaps went under the radar – aside from his brilliant shooting display in the 2013 Finals – Lin became a sensation with the New York Knicks in 2012 and triggered the cultural phenomenon dubbed “Linsanity.” While Green found a steady landing spot in San Antonio, Lin played for five different teams after leaving the Knicks before finally landing with the Raptors. While Green earned a consistent role, playing 66 or more games in every season and starting all but a handful of them, Lin’s role was constantly changing. He also played just 37 games over the last two seasons due to multiple injuries. Though their journeys were so different, both Lin and Green ended up in the same place: Toronto.

Lin quickly learned the Raptors’ pregame intro routine – unlike the Raptors’ other major mid-season acquisition, Marc Gasol, in his first home game – and was already acquainted with Lowry from years earlier. He even jumped into the lineup just hours after officially signing with the team, receiving a standing ovation upon coming into the game.

“The reception I’ve gotten is awesome, and being the only team in the city, and also the country, you definitely feel that coming here,” Lin said, when asked how he’s liked Toronto so far.

On the court, Lin has been inconsistent through his nine games in Toronto. He started out well enough, fitting in nicely in his first five contests, though it didn’t really show up in the box score. But in Toronto’s losses to Detroit and Houston last week, Lin had two nightmare performances, scoring a total of three points on 1-13 shooting with a combined plus-minus of minus-35. He was a part of some truly awful bench units in those games.

Despite that, there are still plenty of reason to be optimistic about Lin’s fit with the Raptors. With Wright no longer on the team and Fred VanVleet out of the lineup due to injury, Lin has been asked to play nearly 20 minutes a game since joining the Raptors. In a couple of his games, he’s been solid, adding some much-needed playmaking to bench groups. Lin thrived last Friday in the second half in a unit consisting of Lowry and four reserves, scoring 14 points and dishing three assists. He finally got two 3-pointers to drop, ending a bizarre 0-17 stretch from distance to begin his Raptors career. While Friday’s performance is unlikely to be the norm, it showed that Lin can be effective when utilized in the proper role.

Lin is a good shot creator off the dribble, especially as a pick-and-roll ball handler. He’s adept at finishing at the rim and pulling up for mid-range jumpers – two skills VanVleet hasn’t developed, as covered in this space earlier this season (VanVleet can get to the rim but can’t finish; he doesn’t have a midrange game at all, really).

Lin’s playmaking could be even more important if Serge Ibaka begins to come off the bench more often; Ibaka thrives in the pick-and-roll and pick-and-pop. The two of them still haven’t fully developed good chemistry; they had two blatant miscommunications leading to turnovers in Friday’s first quarter. However, they connected for a basket on that quarter’s final play, and they’ve shown flashes of potential for a nice two-man game in past contests.

Lin’s fit next to Lowry has been up and down, but there are reasons to believe they can succeed alongside one another. A staple of the Raptors’ rotations over the last six years has been their dual-point-guard lineups featuring Lowry. Those lineups have generally been effective, whether Lowry’s backcourt mate was Greivis Vasquez, Cory Joseph, Wright or VanVleet. The Lowry-Lin duo has played 9.2 minutes per game together over Lin’s first 10 contests, and while those lineups haven’t been great overall, the two have worked well off each other at times. A lineup led by Lowry and Lin dominated the fourth quarter in New Orleans on Friday, allowing the Raptors to blow open a somewhat close game. The pair also connected on a couple of huge plays in Lin’s Toronto debut, and they’re both smart cutters who know how to capitalize on each other’s drives.

Lowry and Lin might have the highest basketball IQ of any two Toronto players. If they can play well together consistently, that’s one more lineup option for Nick Nurse come playoff time. It may come in handy on a night when VanVleet is struggling – he was awful in his three regular-season games against the Celtics, for example – or if VanVleet has another injury setback. If VanVleet is healthy, Lin can work in tandem with him, especially if Nurse insists on playing bench-heavy lineups (Note: He shouldn’t).

Even if the Raptors shorten their rotation in the playoffs, they may still rely on Lin in certain situations. At times, he looks like the playmaker their bench desperately needed, and he should integrate better with the team as he plays in more games. Even if he doesn’t make the regular playoff rotation, don’t be surprised if and when Lin is called upon at one point or another.

Lin can do – or at least, he hopes to do – more than just create shots. Nurse praised his defense against Kyrie Irving during the team’s Feb. 26 win over the Boston Celtics. On Green’s podcast, Lin talked about how he’s worked on his defense over the last couple years, hoping to change the perception that he’s a one-dimensional player.

On a team level, Lin said he’s turning his attention to the postseason. That’s where he wants to make an impact that will really matter.

“I just think about the playoffs,” Lin said when asked if he’s had any daydreams of success with the Raptors. “I’m hyped to be back in the playoffs.”

The playoffs are just less than five weeks away. When the times comes, Lin will get his chance.

All stats courtesy of NBA.com and Basketball-Reference. Stats are accurate before games played on March 12. 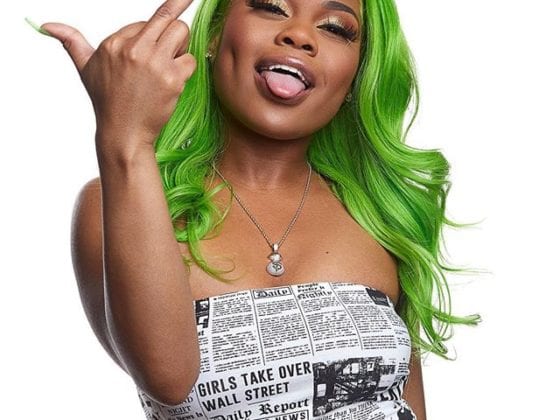 Queen Key Empowers Women In Life And On Wax