Philadelphia native Danny Garcia is poised to make his super welterweight debut at the Barclays Center on July 30, 2022. The two-division champion is looking to rebound from a tough fight against unified welterweight champion Errol Spence Jr. in 2020. Since then, he’s taken time to refresh and recalibrate his career. His opponent, José Benavidez Jr., has done much of the same. The California native was once praised as a prospect to watch by legendary trainer Freddie Roach, but a few speed bumps in and out of the ring have derailed the trajectory of his career. Benavidez Jr.’s last fight took place in November at the Footprint Center in Phoenix. Despite being a heavy favorite, he struggled at times before receiving a majority draw decision. Now, he’ll share the ring with a man in Garcia who is looking to position himself for a major fight down the line as well. Who will come out on top? Garcia and Benavidez Jr. will sort that out in the borough that Biggie built.

One week after ESPN brought boxing fans for a matchup between Joet Gonzalez and Issac Dogboe, Showtime will return with back-to-back fight cards. First up, Danny Garcia will go to war with José Benavidez Jr. Seven days later, Jake Paul will return for the toughest test of his career at Madison Square Garden. Fortunately, this week’s event is available on Showtime’s main platform, free of charge. However, Paul’s next fight may cost viewers a pretty penny. That’s just the cost of being a boxing fan.

Danny Garcia has managed to win titles in not one, but two different weight classes loaded with talent. While the 154-pound division may be loaded with talent, his journey to the top may be a bit different. Instead of seeking out a fight with one of the four belt holders, he must draw in undisputed super welterweight champion.

“There’s a lot of big fights out there for me,” Garcia told Boxing Scene.

Before he can get to those potential fights, he must stop José Benavidez Jr. on July 30, 2022 at the Barclays Center in Brooklyn, New York.

Four years ago, José Benavidez Jr. was considered to be one of the future stars of the welterweight division. Unfortunately, a number of obstacles outside of the ring and a loss to Terence Crawford derailed his ascension to the top of the sport’s most talked about division. Since he suffered his first loss at the hands of Crawford, Benavidez Jr. has been relatively inactive. His lone outing since October 2018 resulted in a majority draw against Francisco Emanuel Torres. With the setbacks of the past behind him, Benavidez Jr. is looking to get back to his winning ways.

“I take every fight like it’s the biggest fight of my life. I’m excited and I’m ready to go,” Benavidez Jr. said.

“I’m glad that Danny is confident. He’s going to find out on Saturday that 154 pounds isn’t for him. I fought Terence Crawford on one leg and gave him a fight. I know what I’m capable of and I’m going to fight like that.”

Benavidez Jr. will have to back up his tough talk when he shares the ring with Garcia on July 30, 2022 at the Barclays Center in Brooklyn, New York. 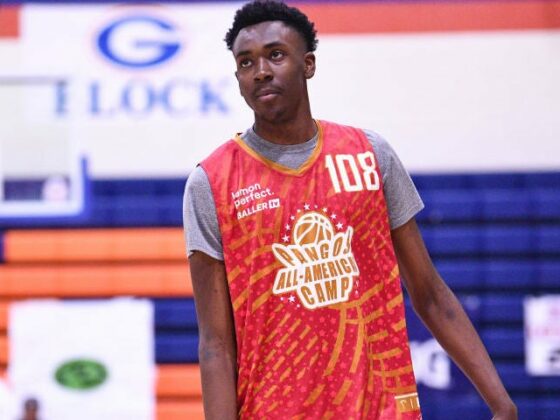