The Boston Celtics loaded up over the summer with superstar talents. They brought in All-Stars Gordon Hayward and Kyrie Irving to play alongside Al Horford to showcase a new big three in the eastern conference. Unfortunately for the Celtics, that dream ended a little over five minutes into the season.

Gordon Hayward went up for an alley-oop dunk off a Kyrie Irving pass when LeBron James met him at the rim. Hayward came crashing down and landed on his leg awkwardly.

Be warned, this injury is very graphic.

The Celtics declared that his injury was a fractured ankle. There is currently no timetable for his return.

#NEBHInjuryReport: After a medical evaluation by Celtics/Cavs medical personnel Gordon Hayward has been diagnosed w/ a fractured left ankle.

Players from across the NBA world showed their support and well wishes for Hayward.

Hate to see this happen to anyone! Prayers to Gordon Hayward ????

Heart goes out to @gordonhayward ?? Hate to see injuries like that….prayers up for a full recovery 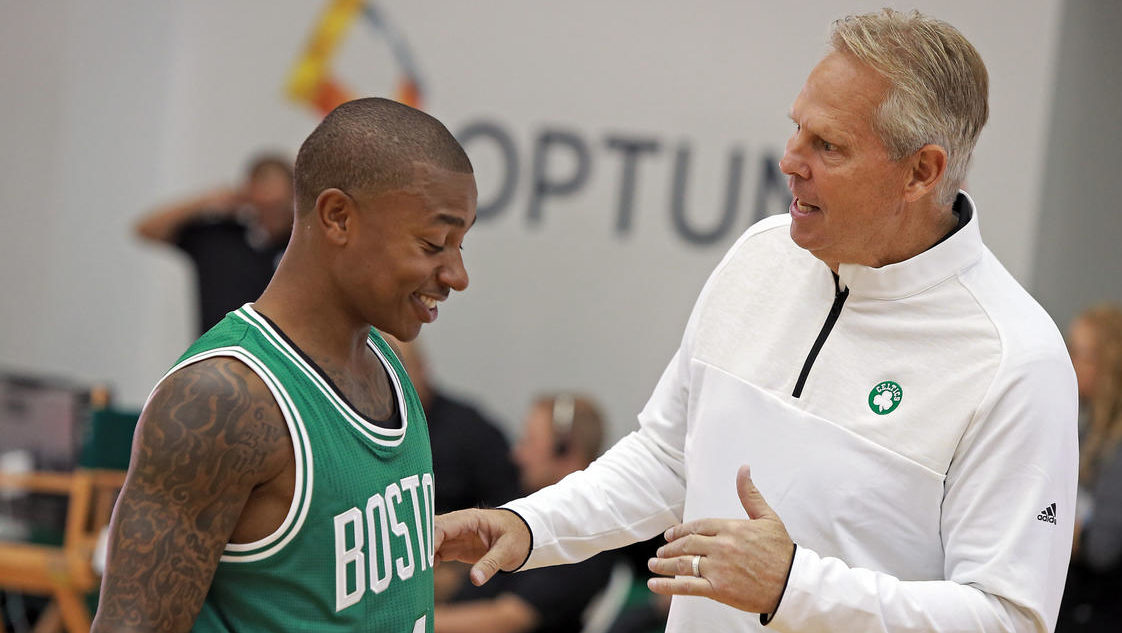 Danny Ainge: ‘I Don’t Know What’ the Celtics Owe to Isaiah Thomas

By Betting on Joel Embiid, 76ers Made Right Move