Floyd “Money” Mayweather is bringing The Money Team to The Basketball Tournament this summer! TBT announced via Twitter that Mayweather has registered a team with the Elam Ending originators. He recently gave Logan Paul a boxing lesson for a huge payday and may be running around the basketball court this summer.

The Basketball Tournament usually features alumni teams from all over college basketball. With teams built around Syracuse, West Virginia, Division II players, and more there are all kinds of teams to pick and choose from to cheer for. Some teams play for charity while others play for the money and bragging rights.

DeMarcus Cousins sponsored his own team a couple of years ago. This tournament features players not currently signed to NBA teams. This includes overseas players and more. There is no telling who Mayweather will sign to The Money Team for this summer. It should be a stacked roster, one would think.

Mayweather has made a couple of appearances on the hardwood in the past. There is no doubt he is naturally athletic, but the boxing ring is where he belongs. It would be great to see Floyd on the court running point guard, or even on the sideline as a coach. The possibilities for The Money Team are endless because that’s how Mayweather does things.

There could be some sick uniforms, potentially some big-name free agents…perhaps Dwyane Wade? At any rate, it is going to be a fun time. The Basketball Tournament is one of the best events of the summer, covering the dead space in basketball. The players give their all and the Elam Ending, which the NBA All-Star Game has adopted, makes for some of the most exciting endings ever. 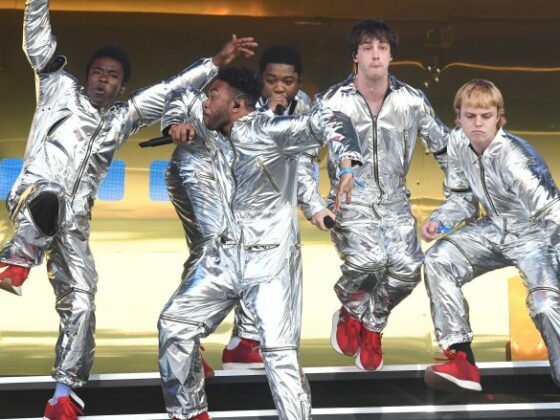 Brockhamption Shares The Dates For Their 2022 World Tour