When each night of baseball begins, the player that fans want to watch more than any other is Fernando Tatis Jr. There are all sorts of players fans are interested in, hot streaks to follow, stat chases to track, pennant races to care about, matchups, backstories, new players, breakouts, a constantly changing treasure map of where the good stuff is. But more constant than all of that is Tatis.

Only 10 hitters in all of baseball have hit a ball harder than his max velocity of 115.9 mph. He’s stunningly aggressive on the bases, scoring twice on sacrifice flies to the second baseman. He plays like his hair is on fire, and when his helmet falls off — as it often does — he looks like it, too. He is right up there with players like Javier Baez and Fransico Lindor when it comes to bringing so much good and excitement to the game

Fernando Gabriel Tatís Medina (nicknamed “El Niño”) is a Dominican professional baseball shortstop for the San Diego Padres of Major League Baseball. Originally signed by the Chicago White Sox, he was traded to the Padres at age 17 before ever playing a professional game. Generally ranked among the top three prospects in minor league baseball, thanks to being in the same prospect list as rising star Vladimir Guerrero Jr. of the Toronto Blue Jays.

Tatís made his MLB debut with San Diego after making their Opening Day roster. He is the son of former MLB player Fernando Sr.

His rookie season has been nothing but impressive. He is batting .317 with 22 long balls and 53 RBI for the Padres during the 2019 season.

Those numbers are first among all rookies, as Tatis Jr. has established himself as a strong contender for the NL Rookie of the Year Award, even though he missed all of May with a left hamstring strain. Someone he has to beat out for that award would be New York Mets rookie sensation Pete Alonso.

Tatis Jr. enters the 2019 batting race chasing some serious history. When the season ends, he’ll be 20 years, 270 days old. That would make him the youngest batting champ in Major League history.

He would edge out Al Kaline by 10 days and Ty Cobb by 17. Those two Hall of Famers are the only players in MLB history to lead their league in average before turning 21.

Tatis Jr. has a long way to go. He trails the Mets’ Jeff McNeil by 17 points But his numbers have more room to fluctuate because he has fewer at-bats. McNeil has also recently been ruled out for a few games with a hamstring injury that will give Tatis Jr. a chance to play catch-up.

He is also an unbelievable baserunner, having stolen 16 bags on the year. Tatis Jr. has also been known to tag up on pop flies shallow in the outfield, he is very aggressive on the base paths which does not always pay off but he has proven his ability to read plays.

Here he is casually tagging up on a pop fly to second.pic.twitter.com/plEWuOYitW

Tatis Jr.’s skill set lends itself to a high batting average. He makes hard contact, and he boasts legitimate elite speed. Fans cannot forget about his defense and the talent he has shown in the field. He has been a great defensive addition to an infield that already hosts Manny Machado and Eric Hosmer who are solid defenders. Luis Urias is another rookie who provides some positives at second base for the Padres.

He has been incredibly good in 2019, there is no doubt about that in the eyes of fans and even other players. Prorate his stats over a full season and he’d have 40 homers and 35 stolen bases, 130 runs scored and (as a leadoff man) 95 runs driven in. He’s in the top 10 in the National League in all three slash stats. He’s a leadoff hitter who slugs .620. He missed all of May and he’s 16th in the majors in WAR. He’s 20, the second-youngest hitter in the majors, behind Guerrero Jr. 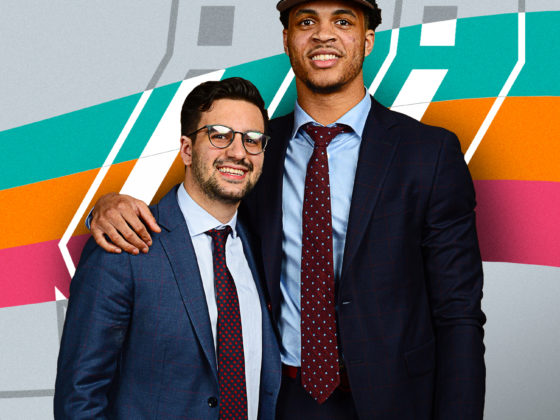 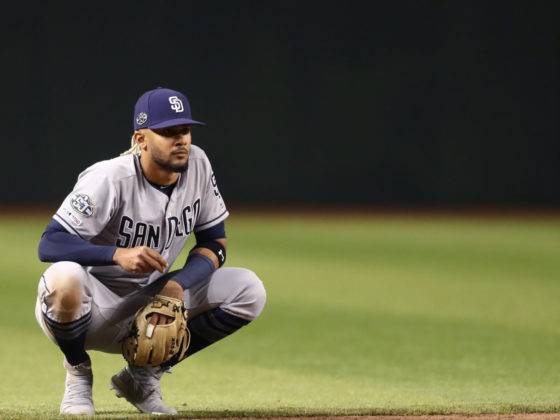