With the NFL moving closer to its 2020 season, the New England Patriots are set to miss several of their players, including veterans Dont’a Hightower and Marcus Cannon. ESPN’s Adam Schefter reports that Hightower became a first-time father in the past two weeks, factoring into his decision to sit out amid the COVID-19 pandemic.

Hightower is scheduled to make $8 million in base salary. He had a baby July 16.

Marcus Cannon, another big name set to miss the 2020 season, has served as the Patriots’ right tackle in three of their Super Bowl wins. Karen Guregian of the Boston Herald broke the news of Cannon’s opt-out. Cannon may be considered high risk for the coronavirus due to his past diagnosis of Non-Hodgkins’ lymphoma.

ESPN is maintaining a list of players who are opting-out for the upcoming season, with the list of Patriots players now up to five. Along with the aforementioned players, New England is also set to be without running back Brandon Bolden, full back Danny Vitale, and offensive lineman Najee Toran.

With the roster uncertainty for the Patriots continuing to unfold for the Patriots, it is yet to be seen how the team will respond to the franchise-altering move of parting ways with two-decade cornerstone QB Tom Brady, subsequently replacing him with Cam Newton.

Michelle Obama, Tank And The Bangas, H.E.R. And More To Participate In Virtual Lollapoalooza 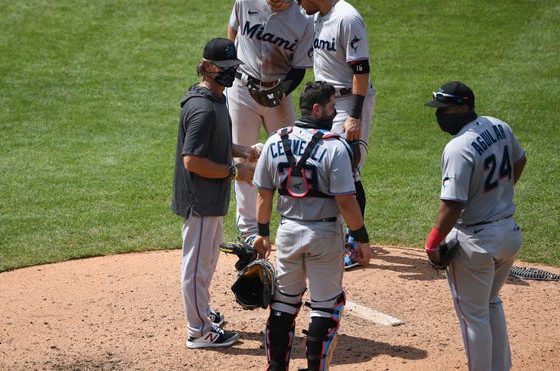