It has never been an easy task to manage a professional basketball franchise in the state of North Carolina for obvious reasons. The states college teams are more well-known around the globe, and that is not an exaggeration. Whether we are talking about the Charlotte Hornets or Bobcats, the NBA franchise has been struggling to find star power, playoff success, and basic continuity for decades now. With the only major star and the face of the franchise gone, Charlotte is preparing for even darker days.

Kemba Walker has been a fringe NBA star (making back-to-back All-Star games in 2017-18) looking for a true breakout. Last season he officially blew up — with a career-high 25.6 points per game in the regular season and his first-ever All-NBA selection. However, his offensive prowess was once again overshadowed by another forgettable season from the whole team. The Hornets were hanging around an even win-loss mark, but never got over the hump. That has been the story for pretty much Walker’s whole tenure on the Atlantic coast. In a Charlotte Hornets uniform, he has never reached the second round or even a 50-win season with the team. Not the best basement to negotiate a new deal with your only star.

But this is obviously not the worst part of the story. NBA teams from small markets have been rebuilding forever either through the draft or big trades. And that’s where this thing hits the fan. With Walker clearly looking for a fresh start despite publicly stating his desire to stay, Charlotte had simply zero rebuilding plans that would’ve propelled them to another status in the league. Players just don’t buy this loyalty talk when you are a fringe contender for a playoff spot in this day and age.

The Charlotte Hornets, as an organization, should have had something on their side. Either a promising young star that would arise in the next two years or cap space to recruit another marquee free agent. They got none at the end of the day. Charlotte’s recent drafting history has been dud after dud. The franchise hasn’t been terrible enough to get high draft picks but their lottery draftees have never evolved even into a fringe All-Stars. Michael Kidd-Gilchrist, Cody Zeller, Noah Vonleh, Frank Kaminsky — the list goes on. Don’t forget to add Nicolas Batum, Bismack Biyombo, and Marvin Williams’ salaries to the overall cap mess. And just like that…Kemba Walker was gone.

That leaves Michael Jordan with zero young stars, zero playoff chances and risky, bloated contracts. “Risky” is probably not the best word to describe Terry Rozier’s new deal. Maybe, terrible is a better word? With the Los Angeles and New York franchises taking a center stage with a few other notable clubs including Golden State and Philadelphia, Charlotte was lost and forgotten this past summer. They cashed out on Rozier at the end of the day giving him a 3-year $58 million deal. Surely enough, the Celtics that were regrouping themselves after departures of Kyrie Irving and Al Horford, let their restricted free agent go via a sign-and-trade deal involving Walker.

Rozier has been locked on the Boston bench for years behind Isaiah Thomas and Kyrie Irving. Yet, he was managed to create some buzz thanks to his famous 2018 playoff run with the C’s starting the whole “Scary Terry” theme. But while his contribution to what might’ve been one of the biggest upsets in recent playoff history is evident, there are still a lot of question marks around him to this day.

He was never able to find his groove behind Irving again after his heroics in 2018. Yes, Brad Stevens obviously treated him as one of the core reserves but his numbers (9.0 points, 3.9 rebounds, and 2.9 assists per game on 38.7 field-goal shooting) weren’t nearly as good as one would imagine a top tier sixth man would produce. Some might say he was better in the starting role and Mitch Kupchak will give him all the ropes to prove it. That’s true. But out of his last 159 games, he started only in 30. Let’s be frank here, the line of 14.4 points, 5.9 rebounds, 5.1 assists per game on 40.1 field-goal shooting is not something that will make you jump out of your seat anyway.

But at least they rolled the dice with the young and relatively healthy 25-year old point guard. And they really wanted him in Charlotte. Aside from Rozier, there is not a lot of young high-profile talent on the roster. Their veterans don’t bring any excitement either. Nicolas Batum at this stage of his career is clearly vastly overpaid and he will be crazy to decline his $27 million player option the next summer. His showing at the World Cup wasn’t spectacular either and who knows how he will recover from the prolonged offseason.

Cody Zeller is another player that is locked for two years with relatively big money ($14.4M in 2019-20 and $15.4M in 2020-21). Bismack Biyombo ($17M), Marvin Williams ($15M) and Michael Kidd-Gilchrist ($13M) are all on the expiring contracts which is probably the only thing Charlotte fans are excited about this upcoming season.

Second year head coach James Borrego has no choice but to start his young guns now. The Charlotte Hornets are playing the rebuilding game, which always implies that you need to figure out who of the youngsters can excel and who will be left behind. And while Miles Bridges, Dwayne Bacon, and Malik Monk had their moments last season, none of them screamed All-Star talent. The hope is that PJ Washington should prove his value as a lottery pick, but we shall see. Let’s not forget that the Hornets not only lost their primary scorer in Walker but their secondary scorer too in Jeremy Lamb. This makes Terry Rozier their best offensive weapon right away. That fact alone will tell you how devoid of depth Charlotte is.

This leads Michael Jordan’s franchise to the only available option for the next couple of seasons: Tanking. Hardcore tanking. None of the current vets should be a part of their future and they need all the space in the world to try and compete for the star free agents in what might be another crazy NBA summer in 2021. Terry Rozier is the only player with a $15 million-plus contract that is locked through 2021 and beyond.

But how would you convince the likes of Kawhi Leonard, Giannis Antetokounmpo, and Paul George to join the franchise that has been underperforming for years? Getting high-octane young talent for two years in a row might help to boost these chances a little bit. However, the most likely outcome for the Hornets is what the Knicks did this summer filling their roster with respected but not All-Star-caliber guys on short-term deals.

In any case, losing is something that Charlotte Hornets fans should absolutely embrace now. Maybe take a page from New York Knicks fans — who embraced inevitable mediocrity with flashes from Dennis Smith Jr and Mitchell Robinson — before upgrading their roster a bit this summer. Can Michael Jordan, Mitch Kupchak, James Borrego, and many others in the organization convince free agents to choose them over other teams in the era when everyone wants to win right now? Let’s just say, it doesn’t look pretty right now. But we all know how rapidly things change in today’s NBA.

As for this season, avoiding one of the worst records in NBA history might be just the right goal for these Charlotte Hornets. And getting 20-plus wins would probably be considered some sort of success giving how the roster has been built. 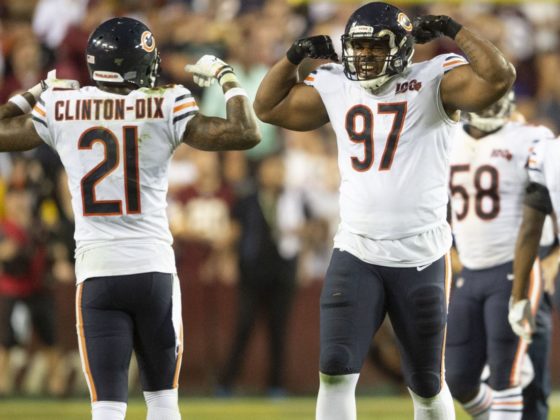 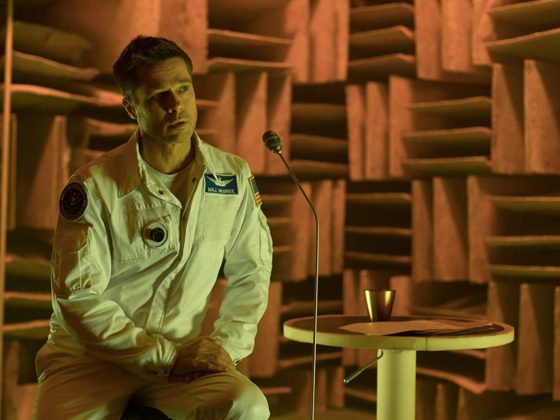 10 Movies and Shows to Stream After Watching ‘Ad Astra’

This website uses cookies to improve your experience while you navigate through the website. Out of these, the cookies that are categorized as necessary are stored on your browser as they are essential for the working of basic functionalities of the website. We also use third-party cookies that help us analyze and understand how you use this website. These cookies will be stored in your browser only with your consent. You also have the option to opt-out of these cookies. But opting out of some of these cookies may affect your browsing experience.
Necessary Always Enabled
Necessary cookies are absolutely essential for the website to function properly. These cookies ensure basic functionalities and security features of the website, anonymously.
Functional
Functional cookies help to perform certain functionalities like sharing the content of the website on social media platforms, collect feedbacks, and other third-party features.
Performance
Performance cookies are used to understand and analyze the key performance indexes of the website which helps in delivering a better user experience for the visitors.
Analytics
Analytical cookies are used to understand how visitors interact with the website. These cookies help provide information on metrics the number of visitors, bounce rate, traffic source, etc.
Advertisement
Advertisement cookies are used to provide visitors with relevant ads and marketing campaigns. These cookies track visitors across websites and collect information to provide customized ads.
Others
Other uncategorized cookies are those that are being analyzed and have not been classified into a category as yet.
SAVE & ACCEPT
Total
1
Share
0
1
0
0
Posting....