Adam Silver’s decision to suspend the 2019-20 NBA season seems like a no-brainer in hindsight. Everyone must do their part in curbing this international pandemic. Thankfully, Silver saw the writing on the wall and sacrificed the NBA calendar for the greater good. Unfortunately, a canceled NBA season causes multiple ripples throughout the league.

The world still seeks a cure for COVID-19, and to the world’s dismay, no such vaccine exists at the moment. However, reports of NBA officials practically grasping for straws trying to forgo the 2019-20 season surface enough times to warrant hope.

If Silver gets the green light to reopen for business, skipping to the postseason feels like the optimal decision. Unfortunately, the Portland Trail Blazers will get the short end of the stick as the ninth-place Western Conference team. As the common show business saying goes: “The show must go one.”

On the flip side, with a significant chance of the 2019-20 season anticlimactically not concluding, there are some playoff teams desperate for closure with the postseason in limbo.

Sure, all teams want and need the league’s wheels to spin. However, only a handful of franchises desperately require this season’s climax. Teams with one-and-done futures only prolong the inevitable of a crushing loss serving as a buffer for the superior contender waiting in the next round.

Meanwhile, teams with elite yet delicate roster construction can’t afford a wasted year with short-term contracts and a school of draft picks sacrificed for championship aspirations. In addition to front offices appeasing upcoming free agents, some players fight the futile battle against a foe whom even Michael Jordan couldn’t defeat, Father Time.

Not all teams carry the same weight of greatness or lofty expectations. Many accept the footnote’s place in history, while others risk it all for a chapter or two.

A plausible 50-win season for the Dallas Mavericks didn’t appear in any credible NBA analyst’s predictions. If someone says otherwise, consider them a loyal employee of Mark Cuban.

Aside from the first postseason push since 2016, debates for the coveted MVP award included a Maverick. Despite the franchise-saving Dirk Nowitzki hanging up his Nikes last April, the team’s relevance didn’t suffer.

Luka Doncic seized the opportunity serving as the face of a franchise with quite the shoes to fill. Not only was the then-20-year-old man ready to represent the city of Dallas, but his production also forced recognition from the league.

Numerous statistical categories find Doncic in the top five. Most impressively, Doncic ranks fourth in player efficiency rating, ahead of Kawhi Leonard. Doncic also ranks fourth in free-throw attempts, an indicator of a player who has earned respect in the league.

It’s logically irresponsible to leave Doncic off the list of the top five MVP candidates. In addition to No. 77’s MVP surge, teammate Kristaps Porzingis didn’t ride the sophomore’s coattails; he blazed a trail.

It’s worth noting the understandably slow start Porzingis experienced, especially in light of an ACL tear that kept him off the court for 20 months. However, the last 15 games illuminated why the Dallas Mavericks risked draft picks and future financial flexibility.

The past 15 contests displayed an All-NBA candidate. Both counting and advanced stats played in Porzingis’ favor. During the stretch, his offensive rating coincided with the team’s success as he produced a 117 offensive rating alongside a 60% true-shooting average.

The newfound center played his role to perfection during the 15-game stretch. For the league to further suspend play could cause a regression in Porzingis’ remarkable uptick in performance.

Dallas, currently slotted as the seventh seed, wouldn’t have an easy path to the NBA Finals with the star-studded Los Angeles Clippers as its first-round opponent. Nevertheless, Porzingis provides the necessary friction from a matchup standpoint.

In the first two matchups, Porzingis didn’t perform to his potential. Regardless, the playoffs are a different monster. It’s hard to believe the Clippers’ frontcourt can put Dallas’ franchise center on lock for an entire series.

The Dallas Mavericks, possibly affected by stunted momentum and individual growth, are in dire need of finishing their 2019-20 chapter. A canceled NBA season doesn’t placate its victims.

Millions of NBA fans share a strong sentiment with one of the greatest athletes of all time. People need distractions, whether it’s watching tacky Netflix originals, trying their hand at Tik Tok or simply enjoy the game of basketball.

Although basketball is a mere game to some, to LeBron James, it’s the primary part of his legacy. When James decided for a Hollywood ending, many NBA critics saw it as a move for his off-court business ventures, not as a legitimate basketball move.

Fortunately, the Lakers did everything in their power to obtain star big man Anthony Davis from the New Orleans Pelicans. The power of LeBron James chauffeured the once-lost Lakers to the top seed of the Western Conference. James’ MVP play gave L.A. fans hope, along with a reason to forget the six consecutive lottery trips.

Although currently reveling in his mid-30s, James sees every season without a championship as a wasted opportunity to successfully chase the ghost of basketball’s past. An abrupt stoppage of play does benefit the heavy mileage on James’ legs.

Notwithstanding the positives of a delayed playoff series, a canceled NBA season renders rest useless for a superstar bent on continuous championship success.

Adding to his legacy

An abrupt season cancelation does nothing for his legacy. James, one of the greatest to ever play basketball, ironically doesn’t crack the list of the top-four Lakers ever. MVPs look good on paper, but the accurate measurement of success in Los Angeles is championships.

Father Time may love a good competition with the likes of Vince Carter, but athletic dominance at an advanced age doesn’t last long. James’ interests outside of basketball don’t overshadow his prominent NBA goal.

Regardless of his outside businesses, basketball still centers James’ soul. Although the three-time champion likes to appear above the criticism, he truly relishes in proving naysayers wrong. Still, he only has so much time to fulfill his championship duties.

Dominating the narrative is James’ specialty, or at least a helpful hand in his vast arsenal of moves. By adding another championship banner to the historically rich Lakers,  James would find success in two departments: public perception and personal gain.

Not only will he stand out victorious in the public’s eyes, but he’ll also inch closer to the ghost he’s feverishly chasing.

A canceled NBA season stands in the way of enhancing greatness.

All statistics appear courtesy of NBA Stats and Basketball-Reference. 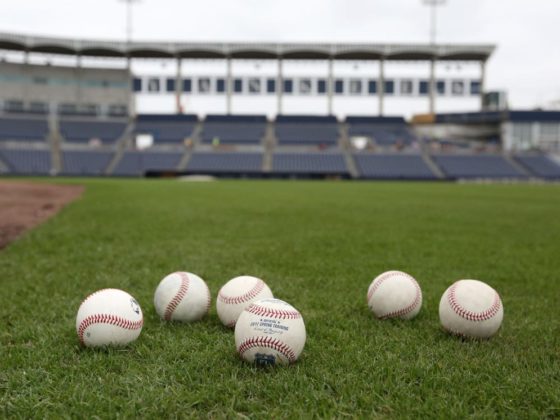 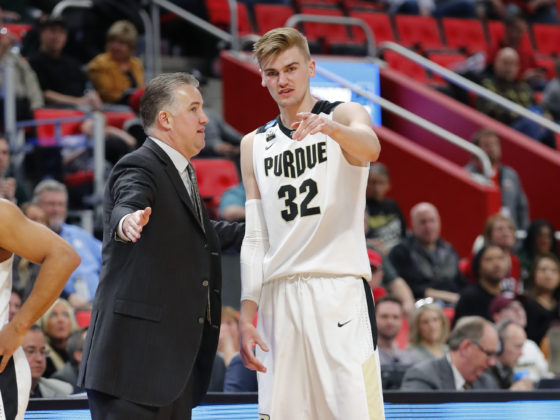