This weekend didn’t shake things up too much at the box office, but there is a new number one. How to Train Your Dragon: The Hidden World flew its way into the top spot behind a $55 million domestic opening. The opening marks the biggest opening for the How to Train Your Dragon franchise as the first two earned $43 million and $49 million, respectively.

In second this week is Alita: Battle Angel, last week’s number one, with just over $12 million. Alita has dropped off significantly from it’s $28 million opening, which was bolstered by another $12 million due to a mid-week opening. The film’s $60 million haul has to disappoint the filmmakers as Alita cost a reported $170 million to produce.

Then, coming in third this week is The LEGO Movie 2: The Second Part with the last double-digit entry of the week. The building toy based film grossed right at $10 million this weekend, good enough to push its total up over $83.6 million. The Second Part also saw a major dropoff from last week, when it earned just over $20 million.

Rounding out the top five this week are Fighting With My Family in fourth and Isn’t It Romantic in fifth. Fighting With My Family opened last week on only four screens ahead of its full release this week, adding $8 million to it’s $200k haul last week. Finally, Isn’t It Romantic rounds out the top five with $7.5 million, pushing it’s total domestic take up to $33.8 million. 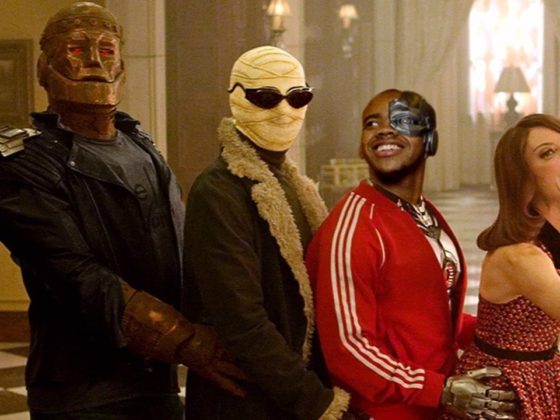 DC May Have Another Hit On Its Hands With ‘Doom Patrol’