Five minutes and 11 seconds into the first game of the 2017-2018 NBA season the trajectory of the Boston Celtics season was altered drastically. Gordon Hayward, the blockbuster free agent signing of the Celtics offseason, crumbled to the ground agonizing in shock and pain after rising into the air attempting to secure an alley-oop pass. That moment was the final second Hayward donned a Celtic jersey in the 2017-2018 season. Hayward suffered a dislocated left ankle while fracturing his left tibia. The footage of the gruesome abrasion was stomach churning; a loathsome injury for any player to endure. Nonetheless, the Celtics direction to the highly anticipated Eastern Conference Finals matchup against the Cleveland Cavaliers was now in daunting shambles.

“Coming into a new environment and you kind of expect this to be the team, and one big piece goes down. You have to figure it out from there,” said Kyrie Irving, following the loss of Hayward.

The Boston Celtics coaching staff, spearheaded by the highly regarded Brad Stevens, did just that. They reconfigured the rotation of a team now missing arguably their best player for the next 81 games of the regular season and however many games of the playoffs if the Celtics had enough talent left to make it there.

A demoralized and unnerved Celtics trudged into their home opener, where they were bested by the Milwaukee Bucks, 108-100. Kyrie Irving, who the Celtics managed to acquire from the Cavaliers during the offseason, struggled in the defeat as he was limited to 17 points on 7-25 shooting, 28 percent. Now 0-2 to begin the season without Gordon Hayward, their campaign was already considered to be a wash. The Celtics could’ve just mailed it in right then.

Following the 0-2 start to the year, Boston conducted a 16 game winning streak, steamrolling their way to the top spot in the Eastern Conference. The Celtics went from October 20th to November 20th without losing a game. In the effort to fill the gap left by Hayward, Stevens did not turn to just one player to replace him in the lineup. Instead, Stevens constructed his starting lineups using a matchup-based structure. Marcus Smart started the first game following Hayward’s injury, but then Aron Baynes started instead of Smart the next two games. Daniel Theis even worked his way into the starting lineup following that period. Somehow, someway, the Celtics were soaring. They possessed the best record in the NBA and were shattering the modified expectations that had been set for them following the October 17th injury.

However, the injury bug didn’t disappear following Hayward’s injury. The Boston Celtics had five other main rotation players, Marcus Smart (28), Marcus Morris (28), Kyrie Irving (20), Jaylen Brown (12) and Al Horford (10) miss double-digit games throughout the regular season. Those injuries just never seemed to matter though, the Celtics were too resilient and perhaps built the way they were for injuries to not displace their season. Boston finished the regular season second in the Eastern Conference with a 55-27 record.

Jayson Tatum dunks it down over LeBron and gives him a little bump after ?????

But the high placing in the East was widely overshadowed by the injuries staring down the Boston Celtics core. Not only would they continue to be without Gordon Hayward, but Kyrie Irving had missed the last 13 games of the regular season with a knee injury that forced him to endure another surgery. He was ruled out for the rest of the season before the playoffs began, another crushing injury and what many assumed to be the fatal blow to any chance at a playoff run Boston had. On top of Irving being out, the Celtics had simultaneously lost Daniel Theis to a season-ending meniscus tare in March and Marcus Smart missed the last 13 games of the regular season due to injury as well.

Battle bruised, worn down, short-handed and other terms of that nature don’t fully give the justice of the situation the Celtics were in. It was much worse than that.

With adversity, in this case a 6-11 Greek freak of nature named Giannis Antetokounmpo, staring them in the face, Boston’s destruction seemed imminent. On paper, the Milwaukee Bucks roster flexed a supreme level of talent compared to the Celtics. Alongside Antetokounmpo was two-way ace Khris Middleton, highly touted lead guard Eric Bledsoe, and former number two pick Jabari Parker. Milwaukee had also recently received reinforcements as 2017 Rookie of the Year Malcolm Brogdon returned from a quad injury. It was Milwaukee’s series to lose. And, they lost it. Al Horford enforced himself into the game in the opening minutes of the first game of the series and was a major factor until the final buzzer of Game 7, in which Boston blasted Milwaukee 112-96.

In the Eastern Conference Semifinals, the Boston Celtics matched up with the widely proclaimed future of the East, the Philadelphia 76ers. However, it was Boston’s young talent, specifically Jayson Tatum and Terry Rozier, that outperformed and outshined Ben Simmons and Joel Embiid on the big stage. Boston disassembled Philadelphia in a gentleman’s fashion. Tatum averaged nearly 24 points and over three rebounds and assists per game, while Rozier averaged 19 points and 7.2 assists in the five-game series. For now, the Sixers rise to the top of the East was stopped to a halt by the ragtag Celtics.

Then came the highly anticipated matchup that became a fairy tale five minutes into the Boston Celtics season. Cleveland had swept Toronto after being forced to the brink in a seven-game series against the Indiana Pacers in the first round of the playoffs. Now, the two teams were to go head to head in a matchup that had changed drastically in narrative since the beginning of the season.

Boston quickly asserted dominance in the series, jumping out to a 2-0 series lead off of astounding performances from Jaylen Brown, Al Horford, and Marcus Morris. Cleveland scathed back tying the series at 2-2 before each team took another game. On Sunday night, the two met one final time for a chance to move on to the NBA Finals. The game proceeded without Irving, Hayward, Kevin Love, and Isaiah Thomas. Ultimately perhaps the greatest player of all time, LeBron James, was too much to handle. Not resting a single second of game-time until the final minutes of play, James orchestrated Cleveland past the Celtics in triumphant fashion. Boston’s Cinderella season had come to an end.

Sunday, however, was not the final time you will see Boston in the Conference Finals. They will be back. A more complete, developed, and healthy version of the Celtics will surely return to wreak havoc on an Eastern Conference that may be wide open depending on what LeBron James decides to do in free agency come July.

Gordon Hayward will be back, fully rested and ready to re-cement himself as a top forward in the league. Kyrie Irving will return too, hopefully with nagging knee issues by the wayside. Jaylen Brown and Jayson Tatum will now have a year under their belt in prominent roles after gaining invaluable experience in this year’s playoffs, a blessing in disguise of the many injuries Boston suffered. A few questions, however, stand in front of keeping together a team bound to be elite.

Gritty vocal leader and elite defensive talent Marcus Smart is set to hit restricted free agency in July. He’s already placed a hefty price tag on his services, a price the Boston Celtics may be unwilling to fork over for the guard. Terry Rozier’s successful postseason stint has risen his stock to a peak that may never be topped. To avoid losing or having to pay Rozier a pretty penny in 2019 free agency, Boston may be forced to deal him. Rozier’s rise has drawn similarities to Reggie Jackson in Oklahoma City and Dennis Schroeder in Atlanta. One got traded and the other recently requested one. Veteran center Aron Baynes, who started 67 games for the season and had himself a good postseason, will be an unrestricted free agent in the offseason and has likely earned a pay raise. These contract situations could stand in the way of seeing Boston running it back next year with a healthy Hayward and Irving, a situation Boston fans deserve to witness.

Even if Baynes heads for richer pastures in free agency and Boston moves on from one of Smart or Rozier, the Celtics are slated to have more talent on their roster than any other team in the East, even if LeBron remains a Cavalier.

This season, once a lost season, ended up becoming a primer into what could become a Boston Celtics dynasty over the next decade. It remains to be seen, however, if the potential this group has will ever come to fruition. 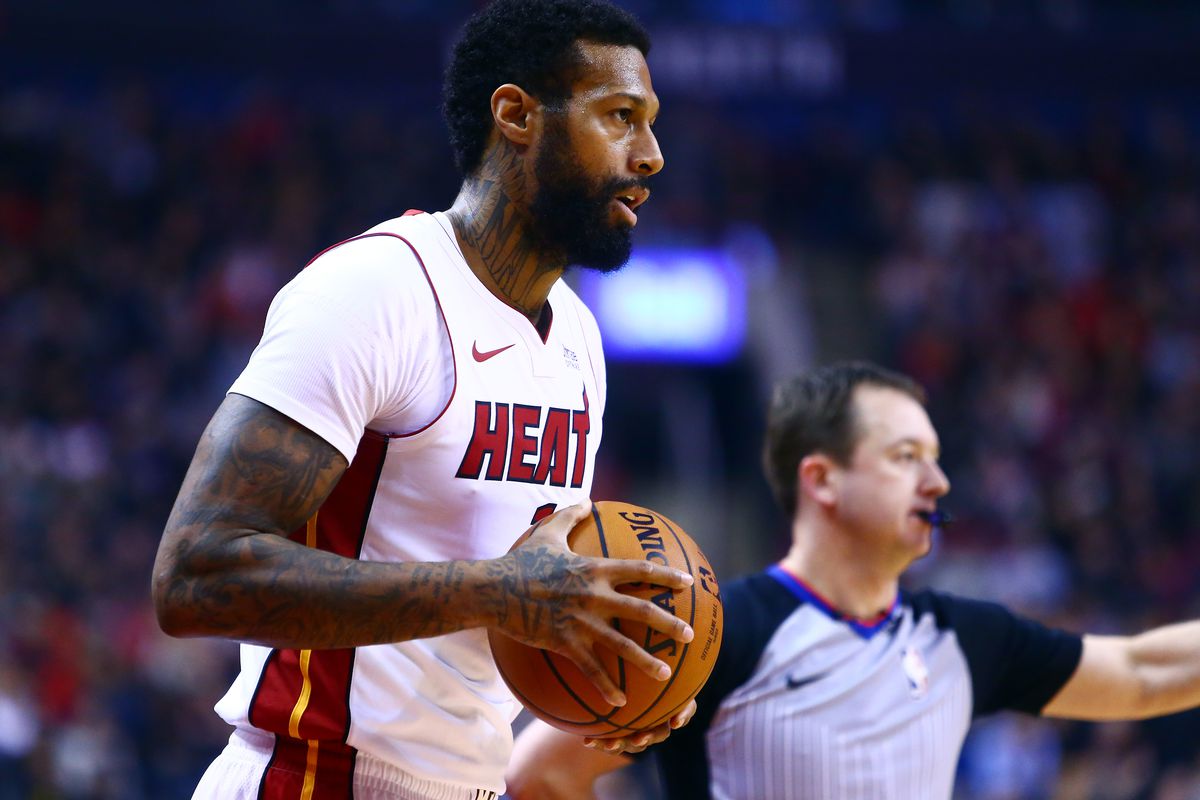 Kobe Bryant Announces Book “Mamba Mentatlity”, Due Out This October