The Boston Celtics enter the 2019-20 NBA season with one primary goal: Be better than last year.

Not necessarily even in terms of wins, although that would be nice. But this year’s Celtics team just need to be functional, because last year’s certainly were not.

Kyrie Irving and all his starpower and talent are gone, but with any luck, the dysfunction left Boston with the indecipherable point guard. New Celtics point guard Kemba Walker is probably 80% percent of Irving, talent-wise, but should be more amenable to playing the team-centric style of ball Brad Stevens wants to run, especially after getting to know three of his new teammates while playing alongside them on Team USA.

Walker is the Celtics’ clear-cut best scorer, as Irving was, but Walker has spent his career trudging through NBA seasons for little payoff. He knows what it’s like to be the primary (only) option and not win. Plus, he’s been plagued by the questions chemistry that have followed Irving around throughout his carer. Walker has appeared in only 11 playoff games in his eight NBA seasons.

Walker has been a lighthouse of brilliance in a sea of mediocrity in Charlotte, where the Hornets proved unable to bring in just about any helpful castmates, instead overpaying a slew of subpar players. That won’t be the case in Boston, where Walker will play alongside actual talent, such as Jayson Tatum, Jaylen Brown, Gordon Hayward and Marcus Smart.

While Irving wasn’t exactly a defensive menace, it must be noted that the two inches in height between the two guards is a pretty big deal. You feel much more comfortable with Irving switching onto a larger player than you do Walker. That, along with the swap at center from Al Horford to Enes Kanter, should lead to a worse Celtics defense than the one that ranked sixth in the NBA a season ago.

The Celtics’ biggest loss this summer wasn’t Irving, but Horford. He had been the team’s most important player the past few years for Boston. A do-it-all glue guy, his impact on Boston was akin to Draymond Green‘s on Golden State. In fact, Horford’s versatility on both ends of the floor have made him one of the most valuable players in all of basketball. Big men who can stretch and see the floor and switch on defense to a very solid extent are hard to come by.

Irving was quickly replaced by Walker, but Horford’s departure has left a massive void, especially with the Celtics also trading backup center Aron Baynes to the Phoenix Suns on draft night. Boston brought in Enes Kanter, who does the one thing Horford doesn’t very well – rebound – but does little else to make up for Horford’s loss. He is a legitimately bad defender and not much of a passer. His shooting is an unknown, since he’s never been an outside shooter but has spoken confidently this summer about his evolved 3-point shot. If Kanter can bring a workable 3-point shot to Beantown, the Celtics will be much more formidable, able to continue trotting out their five-out lineups without needing Marcus Smart to play center. If Kanter’s 3-point experiment is a failure, Stevens likely will need to get creative with his crunch-time lineups.

This Boston Celtics team composition is strange in its lack of positional versatility. They have a whole lot of those versatile, two-way wings everyone’s after, with Hayward, Tatum, Brown and Smart all fitting that description. Those four, along with Walker, are unquestionably their best five players (assuming a bit more confidence and consistency from Hayward). Being unable to feasibly play their best five players together a majority time is an odd situation for the Celtics, and it will be an exciting challenge for Stevens. That tiny-ball lineup of their five best players will probably get a shot at some crunch time, but when Boston is up against a team with a dominant center like Nikola Jokic or Joel Embiid, they’ll probably need Kanter in there – or maybe Robert Williams, or maybe Daniel Theis, or maybe center X who the team has yet to acquire. Yes, it’s entirely possible that the Celtics will face trouble with Horford gone and will need to find another big man, whether it’s via trade or free agency, one buyout season rolls around.

For the time being, however, the Celtics have what they have: a talented and fairly deep roster at every position but the one in the middle. Aside from Walker and Kanter in, and Irving, Baynes and Horford out, the Celtics have a roster pretty similar to last season’s. The other significant players they lost – Marcus Morris and Terry Rozier – might be missed to some degree, especially Morris, but neither was the most consistent of players.

The Celtics picked up some interesting players in the draft. Grant Williams has the feel of the rare NBA-ready late-first-round pick. A 6-foot-7 power forward, Williams is a smart player who does a lot of little things to help his team win. Purdue star Carsen Edwards is below average when it comes to height, but he’s a hell of a shotmaker and has a ton of strength and girth for a point guard, plus a lengthy 6-foot-6 wingspan.

Boston’s earliest pick in the draft – Romeo Langford, at 14 – feels like the least sure thing among the three first-round picks in terms of ability to contribute in Year 1. Draft position aside, it shouldn’t feel like a shock that the two three-year college players are more NBA-ready right away than the one-and-done Hoosier. Langford was an upside pick, whereas Williams and Edwards are much more known quantities. We can be almost sure that Williams will be the type of player who contributes on both ends and probably posts impressive plus-minus numbers, just as we can be nearly certain that Edwards will be a shot-creating, spark-plug of a little guy whose defense will be better than the typical player who fills that role. Langford’s season, in contrast, is just about impossible to forecast. So really, we shouldn’t try.

Nobody is projecting the Boston Celtics to win 60-plus games this year. Or even 50, probably. That’s good – Stevens has always coached best as the underdog. Last season was the first time Boston was considered elite heading into a season under Stevens, and it wasn’t pretty. The lack of expectations this time around could be a good thing.

Look for Jayson Tatum and Jaylen Brown to have “bounceback” seasons from a perception standpoint. Irving was such a dominant offensive force that, a lot of times, the best play was for the ball to be in his hands. And his ball-dominant, iso-heavy style of play clashed with Stevens’ offense. Believe what you want about Brown and Tatum, but that was a factor in their “disappointing” seasons. Also, as a quick aside, “disappointing” is written in quotation marks because the negativity about those two was overblown. Sure, after Tatum’s rookie season, great things were expected. But there were a lot of mouths to feed on last year’s squad, and 15.7 points, six rebounds, 2.1 assists and 1.1 steals per game on .450/.373/.855 is hardly a terrible season.

Tatum definitely relied on the midrange game too heavily, and that’s something that needs to be mended. He needs to get to the rim way more than he does last season. But it was his second season. The jokes about Tatum’s age are getting old, but seriously, he’s still only 21. Maybe let’s not write him off. If he can add a bit of strength to his frame, start getting to the rim more and drawing more fouls, he can still be an incredible player. He’s already a good one as is. And trainer Drew Hanlen’s comments this summer suggest that Tatum is, indeed, working on getting to the rack more.

Brown’s shooting dipped, but frankly, that was hardly a shock. His leap to nearly 40% from deep in his sophomore season was a huge surprise after he shot 34.1% as a rookie. Regressing to 34.4% as a third-year player isn’t the end of the world. He certainly wasn’t drafted third overall for his shooting prowess, but for his strength, athleticism and defensive capability. All of that has translated to the NBA, and his outside shot is still ahead of where it was supposed to be. Let’s not get too greedy with what we’re asking from him.

Another huge piece of the puzzle is Hayward. He wasn’t anywhere near as bad as advertised a season ago, averaging 11.5 points, 4.5 rebounds and 3.9 assists in only 25.9 minutes per game. His main flaws were his 3-point shooting (33.3%; that needs to go up) and his lack of confidence. There were a ton of times last season where he looked like a perfect point forward to run the second unit, getting to the basket and making nice passes. He just couldn’t keep that up consistently. With any luck, this offseason will have given him a chance to truly be back to the player he was in Utah, or at least close to it. That’s the single biggest x-factor for this Celtics team. After all, if Hayward is the player he was with the Jazz, he’s probably the best player on the team, and the Boston Celtics become a contender to make the NBA Finals. That is, of course, a huge and unlikely “if” – but not an impossibility.

Expect the Boston Celtics to be quite good in 2019-20. As good as the third-best team in the Eastern Conference. This is a flawed roster, no doubt. But between Stevens’ coaching, Walker and Tatum’s scoring, Brown’s two-way impact, Smart’s ability to do everything, some intriguing rookies, Kanter becoming what feels like the first Celtic in a decade who can rebound, and the mystery of what Hayward will be this season, the Boston Celtics should be, at worst, a sneaky fun team. At best, they could contend for the top of the East. 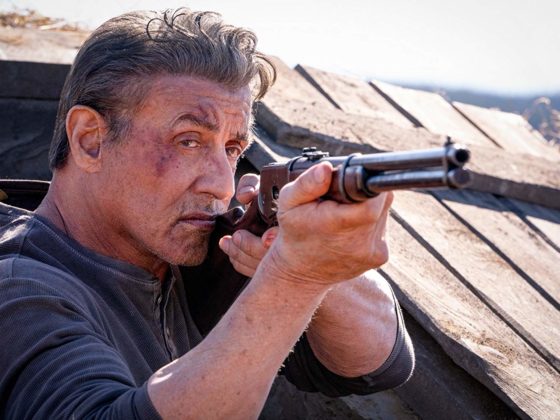 ‘Rambo: Last Blood’ Drains Every Last Ounce of Life From the Franchise on Its Way Out 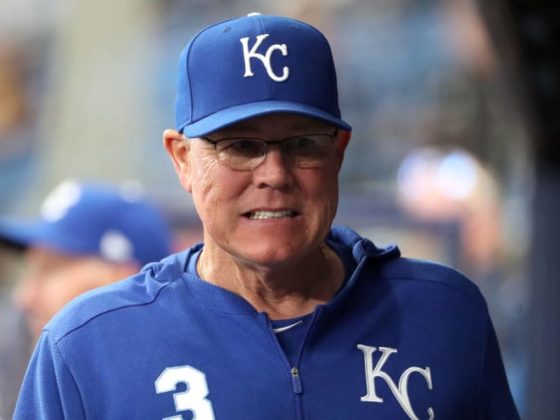