Ari Lennox is fresh off of the release of her sophomore album, age/sex/location. Complete with tracks like “Hoodie” and “Pressure” produced by Jermaine Dupri, the project featured the likes of Chlöe, Lucky Daye and Summer Walker. In a matter of days, it has picked up positive reviews from fans, fellow musicians and critics alike.

In the process of creating age/sex/location, Ari Lennox recorded nearly 100 songs. Leading up to the LP’s release, the Washington, D.C. native did share a few by way of the Away Message EP. However, she may not be done just yet. During a recent appearance on The Breakfast Club, she revealed that she has plans for another release later this year.

“I saw [this] somewhere. Did you record like 90 songs [for this album]?” The Breakfast Club Co-Host Angela Yee asked.

“How do you whittle that down? Like, who’s a part of that process for you?” Yee continued.

“Like, it’s just me and the crew. We just unanimously decided what we love the best. Then, you narrow it down to like 20 [songs]. I wanted some….you know? [I wanted it to be concise] like Michael Jackson’s Thriller or Maxwell’s [albums]. Their albums are right to the point and direct. That’s my dream. That’s what I wanted. I really just wanted 10 songs, but they pushed for 12,” she answered.

“So, what happens to the other songs?” Yee inquired.

“We released an EP called Away Message right before. Then, I’m going to drop a Christmas album that has nothing to do with Christmas,” Ari Lennox revealed.

With a tour potentially on the away, an album, an EP and a possible Christmas album, fans of Dreamville’s leading lady are certainly living their best lives. Check out the full interview with The Breakfast Club below. 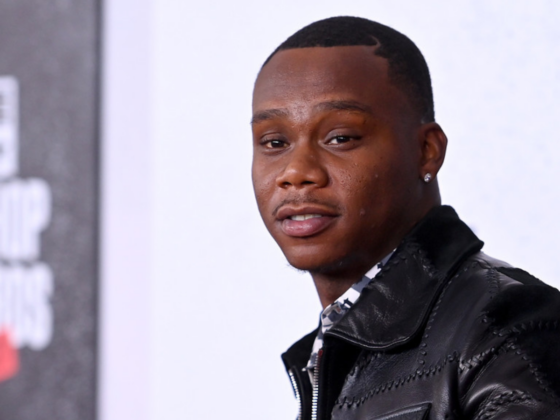