Entering tonight’s contest, Alycia Baumgardner was heavily favored defeat Soledad Matthysse. Matthysse had amassed a record of 17-11-1 with victories against Laura Soledad Griffa and Cintia Gisela Castillo in recent years. Meanwhile, Baumgardner has put together a nearly spotless resumé of 12-1 with a recent knockout win against Terri Harper.

Moving forward, Matthyssee may look to retire after boxing more than 200 rounds over 15 years. As for Baumgardner, the sky is the limit. Many boxing insiders believe that she will look to fight WBA Junior Lightweight Champion Hyun Mi Choi later this year.

“If we can make it happen this year, I would love that,” she said during a media workout earlier this week, according to Boxing Scene.

In the event that she comes out on top, she will attempt to fight fellow junior lightweight champion Mikaela Mayer. However, Mayer may not be around to make that fight happen. Mayer has expressed frustration with Baumgardner’s camp lately because she feels the fight should happen next. While the Detroit native has expressed similar interest in making that fight happen, she believes that they should let the fight build anticipation before locking anything in.

“That fight with Mayer needs to be built, just like the Amanda [Serrano] and Katie [Taylor undisputed lightweight championship] fight,” she said earlier this week.

The boxing business is a bit tricky, so anything could happen this summer. Regardless of what happens, the future of women’s boxing is bright. 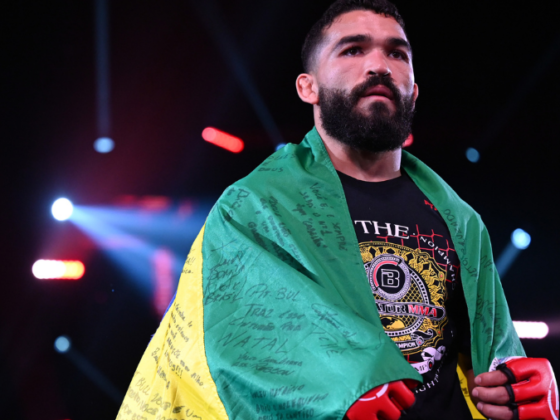