Week eleven is complete and it’s hard to fathom. How is the NFL nearly three-quarters of the way over?

For those who enjoy long-winded posts, you’re in luck. Stay a while as we dive into all things surrounding the NFL in week eleven.

Week eleven saw a tremendous amount of injuries. Here is a list of players that experienced significant injuries.

What a game for Casey Heyward and the Los Angeles Chargers.

Here are the best plays from week eleven.

Quintorris Jones continues to amaze me each week.

Look at the concentration Alshon Jeffery has to haul in this touchdown reception. It’s absurd.

Jarvis Landry continues to show the world how good his hands really are.

Josh Doctson deserves more money. He has become a key offensive player for Kirk Cousins and this Redskins offense.

I don’t understand how Kyle Rudolph comes down with this reception.

Patrick Peterson happened to be in the right place at the right time. I imagine he yelled “Gimme Dat” as he palmed the football with one hand.

It’s been a while since Mike Wallace has made a play like this, but boy this was a beauty.

Not only is this a fantastic catch by Adam Thielen, but his route is what you need to focus on here.

The Chicago Bears have a special one in Mitchell Trubisky.

It’s @MTrubisky10 on the MOVE.

This is equally as beautiful as it is painful. For the Saints, Alvin Kamara does a tremendous job of focusing on completing the pass. For the Redskins, the defense does a horrendous job of reacting to the play that develops in front of them.

WE.
DID.
THAT.@a_kamara6 with the touchdown and the two-point conversion to tie things up with 1:05 to play! #SaintsGameday | #WASvsNO pic.twitter.com/Dzae3lVa40

The Melvin Ingram/Joey Bosa pass-rushing tandem the Los Angeles Chargers have is unstoppable.

.@jbbigbear is just unstoppable off the edge…

Antonio Brown’s helmet reception has the be the play of the weekend.

Here are more top plays of the weekend!

Here is the current playoff picture.

The ageless wonder continues to play. A few days ago, Larry Fitzgerald signed a one-year extension with the Arizona Cardinals. His extension is worth $11 million – same as he earned in 2015 and 2016.

Next season will be his sixteenth in the NFL. Once Fitzgerald does decide to hang it up, he will go down as one of the top, most consistent wide receivers that the NFL has ever seen.

Jameis Winston continues to find trouble off-the-field. In this particular instance, he is accused of groping an Uber driver. At first, the report was that he was alone in the vehicle. However, Ronald Darby recently admitted that he was with Winston in the car.

Eagles CB Ronald Darby was on the Uber ride with Bucs QB Jameis Winston on March 13, 2016, and is vowing his college teammate did nothing inappropriate, per source.

We will continue to update you as the story develops.

Former Dallas Cowboy and Green Bay Packer wide receiver, Terry Glenn, died yesterday at the age of 43. Glenn wrecked his car on a Texas interstate and was ejected from the car through the windshield as a result of the crash.

As of now, the Irving police are still investigating what happened.

Mike McCoy is no longer the offensive coordinator in Denver.

Amid offensive frustration, on the heels of another difficult loss, the #Broncos and coach Vance Joseph made a big move: Mike McCoy is out.

The #Broncos will move forward with Bill Musgrave as their offensive coordinator, following the Mike McCoy move. He’s done it before.

Although some blame McCoy’s poor play calling as the reason behind his firing, in his defense, he was working with Trevor Siemien and Paxton Lynch. Regardless, the Denver Broncos are hoping this change will add new life to the Broncos offense.

Here are your interesting statistics to know from week eleven!

Matt Ryan had thrown for 200+ pass yards in 64 consecutive games before tonight, the longest streak in NFL history

The longest active streak is now 15 by Ben Roethlisberger

The Chargers have the most productive edge rushing duo in the NFL pic.twitter.com/XHlUK8Xylm

Patriots clinched a .500 or better record for 17th consecutive season, tying 1957-73 Cleveland Browns for second-longest streak in NFL history, behind only 1965-85 Dallas Cowboys and their 21 consecutive seasons.

Teammates to lead the NFL in rushing yards and receiving yards in the same season, all-time:

Russell Wilson has accounted for (thrown or rushed for) 82.1 percent of the @Seahawks scrimmage yards this season.

That’s the highest such percentage by a player in any season in the Super Bowl era. pic.twitter.com/OjweQ1NEOK

Roethlisberger, Eli Manning, and Philip Rivers are the first trio from the same draft class (2004) to each complete 4,000+ passes.@steelers @Giants @Chargers pic.twitter.com/OSHXh7QZw9

DeShone Kizer’s first quarter interception gives him 13 on the season, the most in the NFL

It’s the @Jaguars 19th takeaway this season, currently tied for the most in the NFL#Jaguars

Jarvis Landry has a receiving touchdown in 6 of his last 7 games.

Since Week 5, Landry is tied for the most receiving touchdowns in the NFL (6) with DeAndre Hopkins & Jimmy Graham.

In his 10 previous games with 3+ interceptions, Cutler has an 0-10 record

Players with 900+ receiving yards in the first 10 games of a season, @Vikings history:

Nathan Peterman’s 5 interceptions are already tied for the most by any player in his first career start since 1991 (Keith Null, 5 INT in 2009 for Rams)

The Chargers have 54 points today, their most ever in a game started by Philip Rivers

Tom Brady (305 passing yards today) is the first QB in NFL history to have a 300-yard game in 3 different countries (US, England, Mexico)@Patriots

The @Lions have scored 5 defensive touchdowns this season, most in the NFL

I polled 8 NFL GMs asking whether they preferred @dak or @cj_wentz Results: Seven took Wentz, each citing his superior skills as pocket passer. The other GM took Dak to prevent it from being unanimous.

Most money invested in QB

Antonio Brown is the first player to amass 1,000+ receiving yards this season.

It’s his 5th straight season with 1,000+ receiving yards, breaking a tie with Hines Ward (2001-2004) for the longest streak in @steelers history

Here is the question you had for me regarding week eleven!

“What Turkey Day game is most intriguing?” – E.J. Francis via Facebook

HH: Great question E.J.The three games to choose from are Vikings at Lions (12:30 ET), Chargers at Cowboys (4:30 ET), and Giants at Redskins (8:30 ET). The most intriguing game, to me, is Vikings at Lions. The Minnesota Vikings are currently the king in the NFC North and if the Detroit Lions want to make the playoffs (currently 1st team out), winning this game is of the up-most importance. A division rivalry game with huge playoff implication? Sounds like the early game will be the best game.

Thank you for your questions! If you want your questions answered in next week’s “mini-mailbag”, tweet them to @the7threport. See you at the same time for week twelve of the NFL regular season. 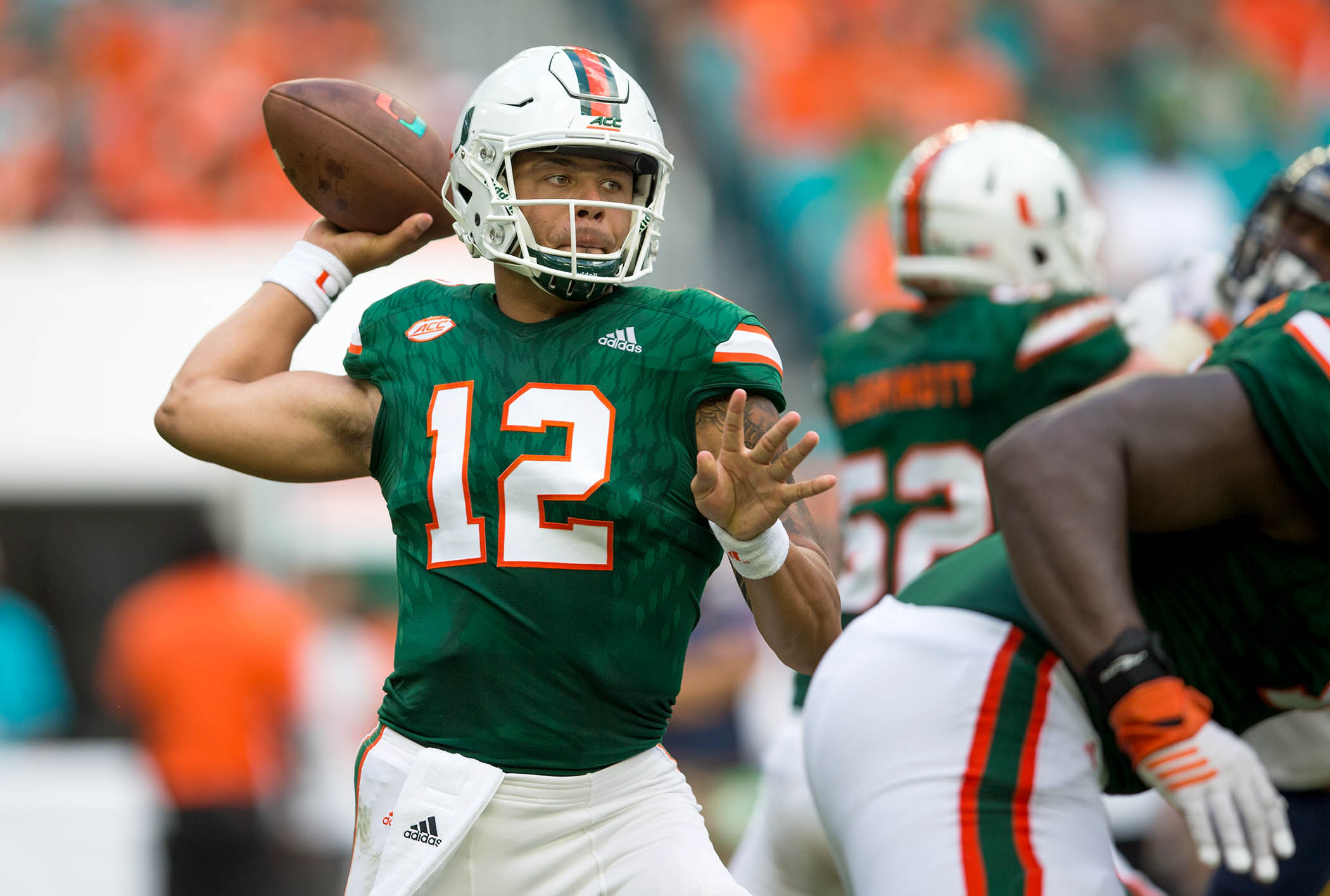