With college basketball and other routes to the NBA in full swing, speculation about next year’s NBA Draft will begin to ramp up. The Def Pen Sports 2023 NBA Mock Draft features some high-quality talent that did not take the traditional college basketball route. Victor Wembanyama and Scoot Henderson are the two names that have been talked about the most, but this draft is deep with plenty of lottery-level talent. This far out from the end of the NBA season the order of the teams is not nearly as important as the order of the players. The order will be loosely based on the current standings in the NBA.

Victor Wembnayama has dominated the draft discussion this cycle and for good reason. Not only is he several inches taller than Rudy Gobert, but his offensive game is unparalleled for someone with his size and length. Dribbling, driving, and even deep pull-up threes are well within his ability. Every year there is seemingly a prospect that is called generational, but Wembanyama could actually be a once-in-a-lifetime prospect. The fight for the number one overall pick could get ugly.

The “other” top prospect in the 2023 NBA Mock Draft is certainly no consolation prize. Scoot Henderson skipped college and is proving why he didn’t need it with the G League Ignite. His ability to score extends to all three levels. He has also proven to be a capable playmaker in his time with the G League. There will be some talk about him being the number one overall selection this year.

Amen Thompson is by far the best prospect to come through the Overtime Elite program in its young history. While there is plenty of talent in this draft, Thompson is the last of the “elite” level prospects. His ability to score and be a primary ballhandler make him an immediate NBA asset. He also has ideal athletic ability heading to the next level.

The first college basketball prospect being fourth on a mock draft is unusual, but this year the talent elsewhere is undeniable. Cam Whitmore started the college basketball season hurt and is still beginning to work into his role at Villanova. He may not quite be NBA-ready, but teams drafting in the top five typically aren’t in a rush for their prospects to make All-Star games. Whitmore has all the tools to be a top NBA wing one day.

Nick Smith is an incredibly versatile guard that looks comfortable on or off the ball with the Razorbacks. His control and touch when picking up speed are assets he has showcased since his days playing in high school. Smith makes good decisions with the basketball in his hands and if he can add some strength could pass up Whitmore for the top college prospect this year.

Ausar Thompson isn’t quite the prospect his brother, Amen, is but still solidly a lottery-level prospect in the 2023 NBA Mock Draft. The defense of Ausar separates him from some of the prospects below him and it is easy to see how he could make an immediate impact at the next level. His offense isn’t quite at his brother’s level, but they play a similar game in that regard. Teams won’t be upset about falling in the lottery if they end up with Ausar Thompson.

Size, Strength, and speed make Keyonte George a tantalizing NBA draft prospect coming out of Baylor. The Bears have gotten several players ready for NBA play in the last few seasons and George looks to join those ranks in 2023. He needs to prove he can stay consistent at the NBA level, but he has the tools.

Dereck Lively is a prospect that has already fallen some in the draft order and could continue to slip with his teammate Kyle Filipowski rising with his fantastic play. It isn’t quite time to swap them in the order, but that day could be coming with ACC play beginning last week.

Cason Wallace has vastly improved his draft stock this season with the Kentucky Wildcats. He has proven he can play well on both ends of the ball paired with solid athleticism. Look for Wallace to establish himself as a more dominant scorer as SEC play begins for the Wildcats and as they head into 2023.

The offense with the Texas Longhorns has been a work in progress thus far for Dillon Mitchell, but his defense has been there. He is hampered by a loaded roster with Chris Beard and Texas so it is unclear how much offense we will see from him this year. Still forwards with potential are always getting lottery looks in the NBA.

Much like Cam Whitmore, Dariq Whitehead did not start the season due to injury. Because of that he is still working back into the rotation and getting comfortable. Duke has several prospects that are looking at the 2023 NBA Draft, so touches become incredibly important. Whitehead will compete for the top spot among the Blue Devils in future 2023 NBA Mock Drafts.

With the level of play he has shown thus far at Alabama, Brandon Miller could quickly move up this list. He needs to work on creating separation when driving past defenders, but overall shows promise on the offensive side of the ball. He is a top prospect to watch heading into SEC play.

Players that are capable of protecting the rim and stretching their game out to the three-point line will always get extra looks. Being a seven-footer like Kel’el Ware makes NBA teams take even more extra looks. Ware has a chance to climb higher up the 2023 NBA Mock Draft throughout the rest of the college basketball season.

With Marcus Sasser playing at the top of his game, it can be forgiven if college basketball fans forget that Jarace Walker is a big part of the Cougars’ success this season. Walker is a fringe lottery player with a chance to move up or down. NBA teams will keep an eye on him in AAC play and then later in the 2023 NCAA Tournament.

Terquavion Smith is a lottery-level talent who decided to return to college this season. That decision has looked like the right one thus far and he could very well be a lottery pick this season.

Tennessee has been a top team this season in large part to Julian Phillips. He could be a lottery pick this season with the right set of skills displayed in SEC play. With his role on the team, he will have plenty of chances to improve his stock.

With Nick Smith as a teammate, it can be easy to be overlooked especially in the backcourt. Anthony Black has the typical skillset that NBA teams want and while he isn’t Nick Smith he does have a place in the NBA.

Gradey Dick could skyrocket up 2023 NBA Mock Draft lists in Big 12 play. The talented wing can shoot the lights out and doesn’t lack skill in other areas. His ability to shoot alone could see him move closer and closer to the lottery this year.

The New Zealand Breakers are no strangers to producing NBA talent and Rayan Rupert is set to be the next big name from the NBL team. His height and wingspan make him an ideal NBA wing heading into the draft.

Adem Bona is a top-20 prospect based on his potential at this time. He is on a very talented UCLA Team and gets limited toches because of that. Right now it is hard to see how he improves his stock, but PAC-12 play could change things.

Most of the G League Ignite attention is on Scoot Henderson for good reason, but Leonard Miller has proven to be worthy of a first-round pick this season.

With his level of play at Duke, Kyle Filipowski could rise on the 2023 NBA Mock Draft lists. ACC play will show teams and scouts more when it comes to all of the Duke prospects.

GG Jackson is for the most part the sole focus of the South Carolina program right now. When it comes to winning this isn’t ideal, but it will help Jackson improve his draft stock heading into 2023.

Nikola Durisic is an interesting European prospect that has an interesting combination of skills and good size on the wing. He can play make, shoot, and has the size to make NBA teams look closely at him.

Arkansas has plenty of talent this year and Jordan Walsh will likely be the third player drafted in the first round in the 2023 NBA Draft. Look for his role to increase as the team heads into SEC play.

Juwan Howard played in the NBA and his son will as well next season. Jett Howard will likely move much higher up boards if his level of play stays consistent throughout Big Ten play this season.

Marcus Sasser returned to college to improve his draft stock and potentially win a National Championship this season. There is a chance he goes in the first round, but upperclassmen guards don’t always get those looks.

Amari Bailey despite being a freshman has carved out a solid role on a loaded UCLA roster. He could continue to move up on some 2023 NBA Mock Draft lists this season heading into PAC-12 play.

While he may not declare for the 2023 NBA Draft or if he does he may not stay in it, Hunter Sallis has emerged as a legitimately good NBA prospect. Consistency has been an issue, but it looks like he is figuring things out.

Julian Strawther decided to return to the Gonzaga Bulldogs this season and is hoping to be a first-round pick in 2023. He needs to establish that he can be a better second option on Gonzaga, but he has some time to secure that spot in the first round. 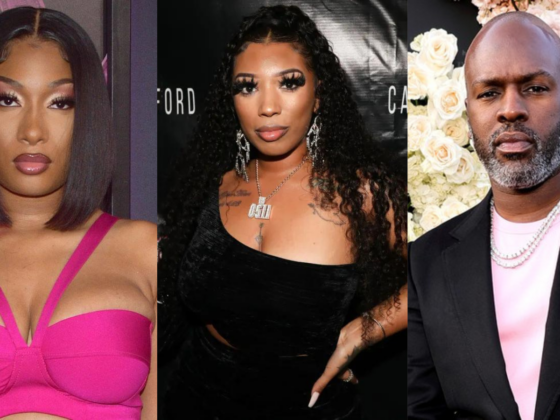 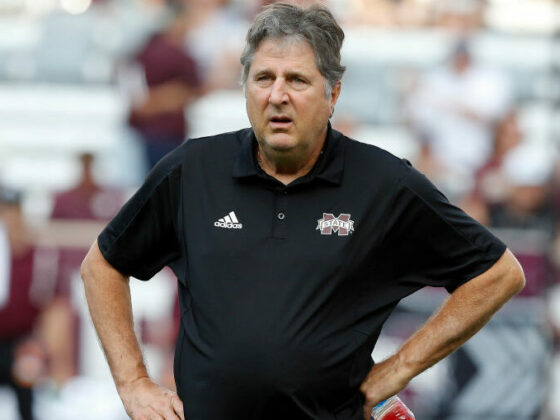 Mike Leach Passes Away at Age 61