The 2021 USATF Grand Prix had the star power and the results reflected as much. Three world-leading performances went down along with a lot of competitive and interesting results, just weeks out from the 2021 Olympic Trials. Trayvon Bromell and Noah Lyles had all eyes on them in the 100m.

In the Nike Men’s 100m, many had Lyles as the favorite and rightfully so, but Bromell had a strong indoor season and some 200m races last month showed his fitness. After posting a 10.01 in the prelims, Bromell followed it up with a 10.01 performance in the final, good enough for first.

Lyles tried to make a pass in the last 40m along with Emmanuel Matadi in third, but Bromell’s start and middle of the race were too strong. Michael Rogers finished in 4th. Bromell becomes an Olympic medal favorite along with Lyles heading into the summer games.

Rocket power ?@TrayvonBromell rockets to the finish in the men’s 100m, clocking a time of 10.01 seconds.@usatf // Oregon Relays pic.twitter.com/2k4nUJ56kT

The women’s 100m would not be outshined. The prelims ended up putting Briana Williams and Candace Hill, young up and comers from Jamaica and the USA respectively out of the final. They were the first two out. Allyson Felix made the final along with Tianna Bartoletta. The experienced Olympians finished 7th and 8th respectively.

In the end, it was Nigeria’s Blessing Okagbare that took the win in the final. Her time of 10.97 was the only sub 11.00 second time run in the final. The United States’ Morolake Akinosun (11.09) finished second followed by Daryll Neita of Great Britain in third (11.18).

The sprints kept impressing with the men’s 200m. Josephus Lyles was one of the presumed favorites along with a pair from the Caribbean. Jereem Richards of Trinidad and Tobago and Christopher Taylor of Jamaica were also seen as contenders for the title.

Coming off the curve it looked like a race between Richards and Lyles, but Richards pulled away. His time of 20.26 is a season-best, Lyles followed in 20.46 with Taylor trailing in third running a time of 20.73.

The women’s 400m happened to be one of my favorite races of the day, even though the result wasn’t close. The Bahamas’ own Shaunae Miller-Uibo captured the victory in a world-leading time of 49.08 seconds. She also set the stadium record. Americans Lynna Irby and Jessica Beard trailed in second and third with times of 50.28 and 50.38 respectively. Beard ran a season-best.

She breaks the stadium record in the women’s 400m previously held by Sanya Richards-Ross who just so happens to be sitting in the broadcast booth at these Oregon Relays.

The men’s 400 was highlighted by a pair of training partners. Michael Norman and Rai Benjamin ran away from the field in first and second. Norman crossed the line in 44.67 followed by his training partner in 44.98. Justin Robinson was third in 45.55, but an impressive fourth-place finish from Emmanuel Korir. Typically an 800m runner, his 45.79 was a strong performance.

Watch Norman and Benjamin power through the lap. Norman was strong over the last 100m, pushing his lead over the field and Benjamin.

?? 1-2 finish@Mike_Norman22 takes the win in the men’s 400m with a time of 44.67. Training partner and friend @_Kingben_ finishes right behind in second.@usatf // Oregon Relays pic.twitter.com/yAxZdhfb8J

The women’s 100m hurdles featured two bonified stars in Jasmine Camacho-Quinn, who has the world-leading time this season, along with Sydney McLaughlin fresh off of breaking 13.00 for the first time ever. Camacho-Quinn solidified her dominance in the event, winning by almost 0.4 seconds over 2nd place.

Her time of 12.46 blew the field away as Brittany Anderson of Jamaica (12.82) and Taliyah Brooks of the USA (12.83) followed on the podium. McLaughlin would finish fourth in a personal best time of 12.87. Camacho-Quinn will compete in the 100m hurdles as well as the 200m in Tokyo this summer for Puerto Rico. She may also run the 4x400m.

Moving on up to the distance events, the men and women’s 1500m races were great. Australia’s Olli Hoare won the last 1500m raced at the old Hayward Field at the 2018 NCAA Championships and has followed that up by winning the first professional 1500m contested at the new Hayward Field.

Hoare went at it with Canada’s Justyn Knight over the course of the race. Especially in the later stages. Knight is known for his deadly kicks when it comes to 5k and 10k races, but in the 1500m speed is measured differently. As they came into the final stretch, Hoare pulled away from Knight to claim victory in 3:33.54. Knight would finish in 3:35.85. 800m specialist Donavan Brazier finished third in 3:37.58.

There was a high schooler in this event, Hobbs Kessler. He moved to No. 3 all-time behind Alan Webb and Jim Ryun on the 1500m high school list. He finished strong in 3:40.46, finishing sixth overall in a professional field.

The women’s 1500m had a solid field as well. With names like Laura Muir, Cory McGee, Jenny Simpson, Nikki Hiltz and more this was going to be a fun race. Muir is a favorite in European track circles, and the British record-holder was impressive in this meet. Despite the talented field behind her, she ran away in a comfortable win.

Her time of 4:01.54 was almost three seconds faster than second place. American, Helen Schlachtenhaufen finished in second place in 4:04.36. She was followed by a trio of Americans that consisted of Cory McGee, Dani Jones, and Nikki Hiltz within 0.84 seconds of each other. Their times were 4:05.00, 4:05.27, and 4:05.84 respectively.

Jenny Simpson finished in 4:10.07 for ninth place. This may be a sign that she needs to move up to the 5000m, but she is almost synonymous with the 1500m at this point in her career. Track fans win as long as she’s racing any event.

Some other impressive performances included Rudy Winkler throwing a world lead in the men’s hammer throw. He also claimed the #2 spot all-time in American history. His throw of 81.98m/268′-11″ came on his final throw. He defeated the Netherland’s Denzel Comenentia who finished with a 76.72m/251′-8″ throw.

The men’s 300m steeplechase featured on monster performance. Isaac Updike had never broken 8:20 before in the event but hopped and sped his way to an 8:17.74. Eight seconds better than his previous personal best. He also claimed the world lead with that time. Mason Ferlic was just behind in a personal lifetime best of 8:18.49. 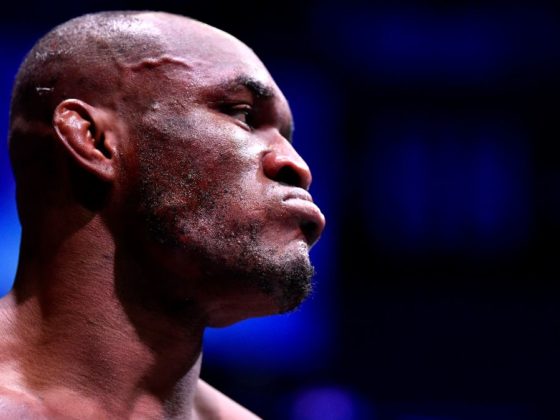 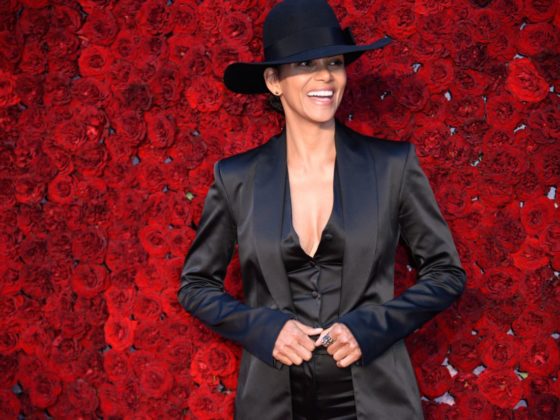