On April 22nd, the world lost a bright, burning star. That star was Terrence Clarke. The 6-7 shooting guard was long and lanky. He played the game with joy and smiled every time he was on the court.

After an outstanding high school career, the Boston, MA native came to the University of Kentucky as a top-10 prospect in the class of 2020. The hype was real around Clarke and fellow teammate BJ Boston. Despite an ankle injury that kept Clarke out of the majority of Kentucky’s games, he decided to declare for the 2021 NBA Draft.

Clarke signed with superstar agent Rich Paul and Klutch Sports. Paul represents some of the best basketball players and athletes in the world, most notably LeBron James and Anthony Davis. He has been a mover and shaker in the NBA world for quite some time and took a strong interest in Clarke’s game.

We hope to honor his memory by highlighting his game the same way we have in our other profiles. He was a special player with his whole life ahead of him, and the entire Def Pen family sends their deepest condolences to his family, friends, teammates, and loved ones.

The first thing one notices about Terrence Clarke’s game is that he has NBA-ready size at 18/19 years old. His length and athleticism are elite at any level. He can jump out of the gym and it allows him to get very creative on the offensive end of the ball. His length will be an issue for a typical guard to deal with on both ends of the court.

With a 6-10 wingspan, he has advantages on defense naturally that help with some immaturity in his game. He can get his long arms into passing lanes, and it makes it incredibly hard to get off shots over him in the paint. His size and length give him decent perimeter defensive ability as well, but he is at times out of position on defense leading him to reach or get beat to the basket.

In the open court and in transition he thrives. He can get up and down the court for a play, make the long pass to a leaking teammate, or drive it all the way himself. At times he gets tunnel vision and forces plays. There is no doubt that his athleticism is ready for the next level, and his body has room to add muscle and grow.

Clarke just has a nose for the basket. Scoring is second nature to him and on the offensive end of the ball, he seems to be in control almost the entire time. He uses little dribble moves to create space on offense and get that first step on his defender. When he is in a groove, Clarke is one of those players that seems to view everything happening on the court in slow motion.

Prior to his short Kentucky career, he showed off an ability to get his shot almost whenever he wanted. Dribbling into the key for a quick pull-up or hesitation into a layup are common moves he puts on defenders. He has shot mechanics that should help him develop his three-point shot a bit more.

Part of his scoring ability does come from the fact his long lanky arms can really play the ball out in front of himself. He has the ability to handle the ball well enough that prior to his injury, Coach Calipari gave him to point guard duties during the tumultuous early season. The way he moves with the ball screams NBA-ready.

A lot of Terrence Clarke’s weaknesses come from being an inexperienced, young player. Rushing or forcing situations when he doesn’t have to and making turnovers that could be avoided. He has the build and wide shoulders that should be able to add muscle and strength over time. There is a lot to like about his game overall, the potential to turn into a star is there. Sometimes you notice he gets a little overconfident and that causes a lot of the issues he has with turnovers. Hopefully, at the next level, he will also be able to position himself on defense a little better, if his feet are out of position he will get beat by a lot of quick guards.

Terrence Clarke and J.R. Smith are friends off the court and it’s a great comparison at the NBA level. Clarke plays like a modern, young Smith. His athleticism is insane, much like Smith in his early years in the league. They are both big-sized guards who use their length and natural size advantage on defense. They are both natural scorers who can get it done in many different ways. Layups, pull-up jumpers in the paint, the occasional three, and they both play with a fun style of basketball.

Smith has had an incredible NBA career, both individually and as a teammate, and Clarke’s career could have the same potential. 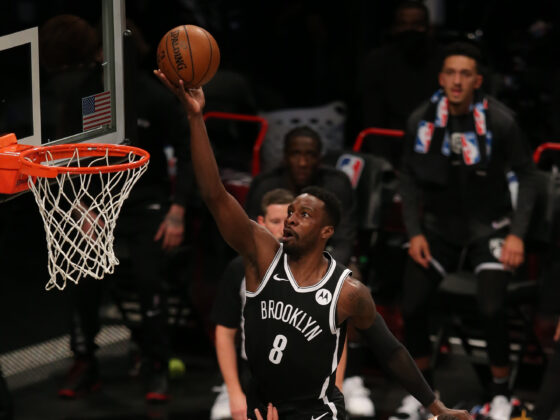