With both the Chiefs and the Chargers winning twelve games during the 2018 regular season, it appeared that the AFC West would have a representative in the Super Bowl. Then January came around, and the Patriots beat both the Chargers and the Chiefs in consecutive weeks ending both teams’ Super Bowl hopes. The Chiefs had themselves a very interesting offseason which saw them lose players, the quickly replace them. The Raiders, who finished at the bottom of the AFC West a season ago had themselves a busy offseason as well. Adding two big-play threats out on the perimeter, as well as drafting running back Josh Jacobs in the first round of the 2019 NFL Draft. In Denver, where the defense has carried the Broncos over the past few seasons, there is yet another post-Manning quarterback, this time, a veteran with multiple years of playoff experience.

The 2018 season was very disappointing for the Broncos. Heading into the season, the team was optimistic. They had one of the most talented defenses in the league, and they just signed quarterback Case Keenum who was fresh off an appearance in the NFC Championship game with Minnesota. With the defense strong, as it has been in years past, and a quarterback who had just lead his team to a Conference Championship, it was time for GM, John Elway to focus on acquiring young playmakers.

They took receiver Courtland Sutton (SMU) and running back Royce Freeman (Oregon) early in the 2018 draft. Both Sutton and Freeman played well during their rookie seasons. Sutton caught 42 passes for 704 yards and 4 touchdowns. Freeman added 144 touches for 593 all-purpose yards and 5 scores. The biggest bright spot in what was another disappointing season for the Broncos was Phillip Lindsay. Lindsay was undrafted out of the University of Colorado. As an undersized running back, Lindsay seemed like a perfect change of pace back for the Broncos given his terrific speed and quickness.

After many believed that Lindsay would be placed on Denver’s practice squad, Lindsay continued to outplay the other running backs in Denver, and by the middle of the season, was the every-down back for the Broncos. Heading into 2019, the Broncos have let Keenum move on to Washington, and have signed Super Bowl 47 MVP Joe Flacco.

That move shows the urgency to win now from within the locker room. In Addition to Signing Flacco, the Broncos also Drafted Missouri’s Drew Lock and will let him learn under Flacco. The Broncos have gotten better since the end of the 2018 season, but it will not be enough to win the very deep AFC West.

The Chiefs are heading into the 2019 season as AFC West Champions three consecutive seasons. Kansas City went 12-4 during the 2018 season, losing to New England in the AFC Championship, in which they weren’t able to get the ball in overtime because Brady led the Pats’ downfield for a touchdown on the opening drive of the extra period.

The Lackluster end to their 2018 season was not a sign of what their offseason had in store. Some of the events that have taken place during the Chiefs’ busy offseason were very positive but were overshadowed by the terrible story that was surrounding star return specialist and wide receiver Tyreek Hill. Hill was facing an uncertain suspension, which many believe would approach eight games. Last week, Roger Goddell broke the news that Hill would not be suspended at all, due to lack of evidence in the case against him.

With Hill back with the team, both tight end Travis Kelce and receiver Sammy Watkins become more dangerous due to all the attention Hill’s speed draws from opposing defenses. On the defensive side of the ball, The Chiefs lost edge rushers Dee Ford and Justin Houston. As the two most dominant players on Kansas City’s defense, it seemed insurmountable.

But the Chiefs replaced Ford with Frank Clark from Seattle, who has All-pro measurable and potential. They didn’t directly replace Houston, but they added Tyrann Mathieu to their defense. Mathieu brings a ball hawk to the back-end of their defense who isn’t afraid to get in the box and play the run.

With reigning MVP Patrick Mahomes leading the Chiefs on offense next year, their offense will be dangerous once again, but will the defense be strong enough to stop other teams from keeping up with the high-powered offense? That is still to be determined, Chargers star receiver Keenan Allen ruffled some feathers when he made a comment about the Chiefs secondary in an OTA press conference.

If the running back by committee system works for the Chiefs and they can string together a handful of stops per game, they should be favorites to win the AFC West once again

After missing out on the playoffs based on tie-breakers in the 2017 season, the Chargers felt they had something to prove heading into 2018. On the back of a 37-year-old Philip Rivers, the Chargers offense was great, dominant at times.

The defense was just as good, if not better. After finishing 12-4, tied for first in the conference, they missed out on being the 1 seed, again by tie-breakers. Since the Chiefs were in their division and won, the Chargers were the first wildcard team and had to start the playoffs on the road. After beating Baltimore in a defensive battle, Los Angeles advanced to the divisional round where they had to play the Patriots in Foxborough. In what was a highly anticipated game, the Chargers got blown out and the game was essentially over by halftime. Heading into 2019 the Chargers are trying to build on the momentum from the previous season again. Unlike other teams in the AFC West, the Chargers had a very quiet offseason.

Their biggest free-agency signing was either an aging Thomas Davis or Tyrod Taylor as a backup quarterback. In the draft, every player the Chargers selected was a 4-year player and over 22 years old, along with the Davis signing, show they want to win now. With Rivers coming off one of his best statistical seasons in the league, along with having a two-time pro bowl receiver in Keenan Allen, the only thing in the Chargers way is Melvin Gordon.

Heading into 2019 Chargers running back Melvin Gordon, has been near the top of the league in production and usage for running backs dating back to 2014. Although he has been one of the best, Gordon was the 28th highest-paid running back in the NFL. heading into the final year of his rookie deal, Gordon and the Chargers could not agree on a contract extension thus leading Gordon to hold out. If the Chargers don’t agree to a deal with Gordon, they would go to a Super Bowl contender to being a Wildcard team for a second straight season.

On the defensive side, they are led by safety Derwin James coming off an All-Pro rookie season. Along with James, they have the dynamic pass-rushing duo of Joey Bosa and Melvin Ingram. With what might be a top 5 defense in the league next season, they will be fine in that side of the ball.

The Oakland Raiders unloaded all of their star players in order to acquire draft picks to rebuild under John Gruden. Their plan worked, sort of, since they got rid of their big contracts, the Raiders were near the top in cap space.

They used that space to trade for Antonio Brown, and sign players like Tyrell Williams and Lamarcus Joyner. In addition to that, they got the fourth overall pick along with pick 24 and 27. They used the 4th pick on Clemson defensive end CLelin Ferrell. Though many thought they reached for Ferrell, their new GM, Mike Mayock said he was very high on Ferrell throughout the pre-draft process. They also selected Alabama running back Josh Jacobs and Mississippi State safety Jonathan Abram in the first round.

On the offensive side, Gruden drafted a prototypical workhorse running back to complement his passing game. With acquiring Brown and Williams to make plays on the outside, that will open up the defense, which will help their running game. On the defensive side of the ball, they are still a young unit, but they added veteran players LaMarcus Joyner and Vontaze Burfict.

Playing strong safety, next to Joyner will be the Raiders third, 1st round pick Jonathan Abram. His size and physicality will help the Raiders balance their secondary. The Raiders have a lot of new talent, some of which is young and some is old, but the biggest key to the Raiders success in 2019 is quarterback Derek Carr.

If Carr can return to his 2016 form the Raiders could be a dark horse team to be the playoffs. This will be a brand new Raiders team in 2019. They have a lot of talent, but they are a year or two away from being contenders in the AFC West. 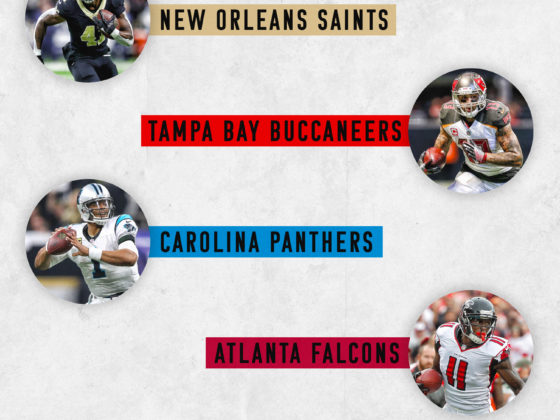 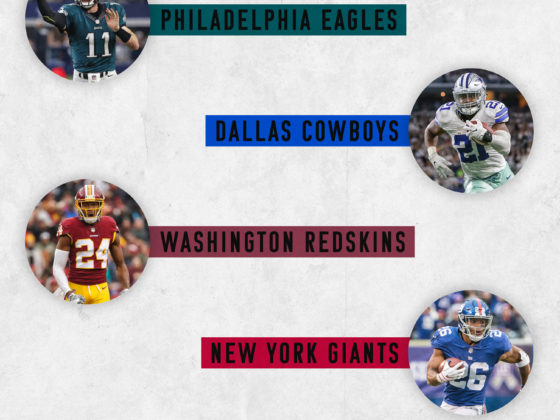