The AFC South might be the best divisional batch of defenses the NFL has to offer. Don’t expect too many offensive outbursts when these teams hook up for intra-divisional games (although a couple of offenses are certainly capable). The most likely scenario in this division seems to be that the Houston Texans and Indianapolis Colts have done enough to separate from the other two. So in some order the Texans and Colts will be one-two, leaving the Tennessee Titans and Jacksonville Jaguars at the bottom. However, the NFL fools us every season.

The Titans nearly made the playoffs last season. But it’s hard to see them finish better than that this season. For one, the division has vastly improved over the past year-plus. Two, it’s a team that hasn’t made a ton of notable moves (and some of the bigger ones – Malcolm Butler, Dion Lewis – haven’t necessarily been busts but those players maybe haven’t made a leap that the Titans were expecting).

It was pretty telling that one of the moves Tennessee did make this offseason was to bring in former Dolphins’ starting quarterback Ryan Tannehill. Marcus Mariota hasn’t been able to stay healthy. And at some point, it’s fair to wonder if he’s going to turn into the championship-level franchise quarterback the organization may have envisioned when they drafted him.

Defensively, the Titans figure to be solid (again). Expect some ugly wins to take place in Nashville this season. Most likely, though, there won’t be enough of those wins to get the Titans into the postseason. This feels like a team desperately clinging onto whatever potential the current iteration of the team has but is dangerously close to having to pull the plug and go into yet another rebuild.

Last season: 10-6; lost in divisional round

Indy was a popular pick to make a jump this season. But now with Andrew Luck retiring, it feels like the entire franchise is in a state of shock, which is never a good thing. They were a favorite pick for good reason, though. The Colts’ 2018 draft was once of the best overall drafts in recent memory. The organization figures to be in excellent cap shape over the next few seasons to add talent via free agency.

This is a team that has the potential to have a dominant offensive line, much like the ones we’ve seen propel the Eagles and Cowboys to success in past seasons. However, the Luck-less Colts might not be able to get the quarterback play they from Jacoby Brissett – regardless of offensive line domination – to succeed on a big-time level.

The 2018 Colts ranked fifth in points scored and tenth in points against. Which is symbolic of a team capable of real balance and a team that can win playing multiple styles. Or at least did have that potential. Maybe Brissett outperforms expectations, but it’s hard to envision a postseason for Indianapolis this season considering the state of the team right now after the Luck announcement.

Last season the Texans started 0-3 but rebounded to finish the regular season 11-5 and make the playoffs. Both the Texans and Colts relied on rallies after poor starts to make it to the postseason out of the AFC South. Those two again look like the class of the division. However, it might be quite a bit more of a handful holding off Indy this season. Which is to say: Houston can’t afford another poor start like in 2018.

If you wanted to nitpick, there’s an argument to be made the Texans need to develop their receiving corps around superstar DeAndre Hopkins. The organization has tried several combinations in the recent past, but just can’t seem to get it right. Outside of that, the biggest question mark – as has been true of most Texan teams of recent memory – the offensive line. If quarterback Deshaun Watson doesn’t have time in the pocket it could tank Houston’s entire season.

The Texans stand to be solid again on defense. The argument against would start with noting that the team virtually had to overhaul its secondary after losing Tyrann Mathieu and Kareem Jackson in free agency. Houston could remain solid on this side of the ball but also take a slight step back from last season. And that could be enough to cost them a game or two down the stretch, which could, in turn, cost them the division. But as long as this team stays generally healthy, they’ll be in the playoff mix again.

As of a couple of years ago, it looked like Jacksonville was pulling itself out of the AFC South cellar to not build a competitor within the division, but in the AFC at large: the defense looked like it was on the verge of becoming historically great and the offense had some weapons and could control the ball to some success. They just needed consistent quarterback play and a bounce here and there. The Jags even came out in 2018 and started 2-0 and handing the Patriots about as decisive a loss as we’ve seen in the Tom Brady/Bill Belichick era when Jacksonville upended them 31-20 in Week 2 of last season.

But just as quickly as they rose up, it looks like they fell right back down. Blake Bortles was never able to find a successful formula to quarterbacking the Jaguars. Now they brought in Nick Foles but have little surrounding their new franchise quarterback in the way of offensive weapons. Unless there’s a huge jump from second-year receiver D.J. Clark Jr., the team’s two best options in the passing game are Dede Westbrook and Marquise Lee. Their fine, professional pass-catchers, but should probably be three or four on a team’s depth chart, not one and two.

The Jags could still be good on defense. They should be able to consistently get to the opposing quarterback – which is a top-three trait for a team to have alongside a good quarterback and solid offensive line. But it doesn’t look like we’re getting the type of dominant Jacksonville defense we once thought possible back in 2017 when the Jags were on the doorstep of knocking off the Pats in the AFC Championship. Jacksonville will need to take (another) step back in order to take a future leap forward in terms of competition in the AFC South. 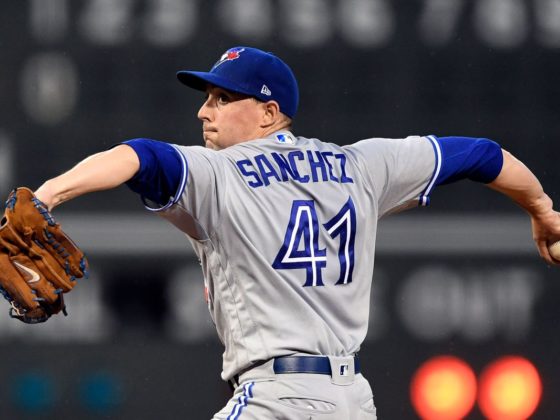 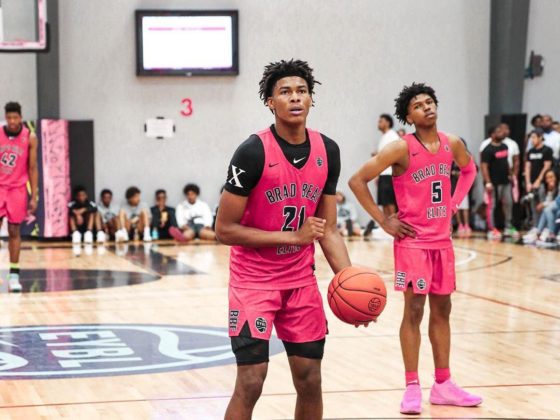