The first Final Four game of the 2019 NCAA Tournament will go down as a classic. Although, most will remember this game for the controversial ending.

With mere seconds to go, and facing a 2-point deficit, Ty Jerome attempted a behind the back dribble. The ball bounced off the back of his foot, untouched by an Auburn defender, Jerome picked the ball back up. It was news to 95 % of the viewing population, but that is technically a double-dribble. A double-dribble that went uncalled. This may feel like one of those obscure rules that never gets called, but it is a rule nonetheless. To follow, Kyle Guy attempted a 3-pointer in the corner as time expired. Down two, he was fouled from behind the arc with 0.6 seconds left. The foul call was clearly correct upon review. Kyle Guy nailed all three free throws, and Virginia sealed the win.

Those few seconds of game time will be what most remember about this game, but it was the entire duel up to that moment that makes this game memorable.

The first half displayed high-quality tactical basketball, with Virginia imposing their tempo and Auburn adapting to the circumstances. Despite shooting 3-14 and not being allowed to play their uptempo style, Auburn held a 3-point lead at halftime. The Cavaliers relied on their beloved blocker-mover offense, which Auburn caught on to and soon began to predict where the ball was going. That helped the Tigers get settled in and while their shots weren’t falling, they were able to stifle Virginia’s offense and let the offense come to them however they could get it.

The start of the second half was all Virginia. Auburn went scoreless in the first five minutes of the half as Virginia suffocated them and took back control of the game. Once the Tigers broke that drought, the game began to open up a bit for both teams, as the realization set in that they were just over 10 minutes away from a National Title game. Virginia went on a run, though, and found themselves up 10 with just over five minutes to play. Rather than putting Auburn away, Virginia’s Ty Jerome picked up his 4th foul and headed to the bench to ensure he could close the game. The Cavaliers stumbled on both sides of the ball without Jerome and Auburn went on a 12-0 run to take the lead with just under two minutes left.

This is where things get fun. Auburn took a 4-point lead with under 20 seconds left, and the feeling of victory was in the air. That was until Kyle Guy nailed a tough 3-pointer to bring the game within 1. Things looked up again for the Tigers, though, as Jared Harper, the team’s best free throw shooter, went to the line for a 1-and-1 with eight seconds left. Harper sinks the first-and his 18th consecutive free throw spanning multiple games- but missed the next. It was Virginia basketball down two- and that is when March Madness showed itself.

Despite some rocky possessions down the stretch, Ty Jerome was ultimately the star of the game for Virginia. Jerome notched 21 points, nine rebounds, and six assists, including four 3-pointers. He was the steady hand throughout the game, and his exit late in the game opened the door for Auburn. Kyle Guy and DeAndre Hunter chipped in 15 and 14 points respectively in the semifinal victory.

Auburn had a balanced attack, as Samir Doughty, Bryce Brown, and Jared Harper went for 13, 12, and 11 points respectively and combined to make eight of Auburn’s nine 3-pointers. The Tigers suffered their worst 3-point shooting night of the tournament, making just 29% of their attempts. However, they were disruptive defensively and won the boards, so they were able to be in a position to win the game.

What will go down as a disappointing finish for Auburn caps what was the best tournament run in the program’s history. Bruce Pearl’s squad will hold their heads high, with many positives to be taken from this season as well as this postseason.

For Virginia, they are now one step away from capping off their redemption tour in ultimate fashion. Tony Bennett’s squad will face the winner of Michigan State-Texas Tech on Monday, April 8th. 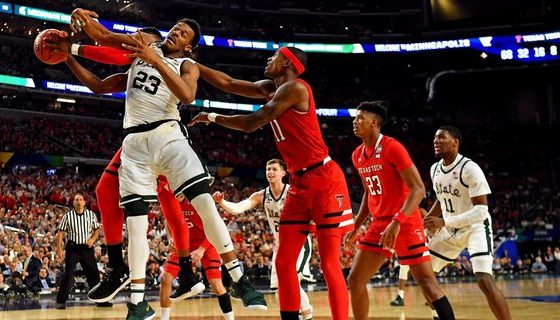 Are Musicians More Likely to Suffer From Mental Illness?