The Gonzaga Bulldogs have established themselves as the mid-major king over the course of the past few years. An impressive history continues to grow under the impressive run of head coach Mark Few. Gonzaga has established themselves as a near-lock for the top ten every single year with Few as the head coach. The mid-major darlings have once again fielded a promising looking roster for the year.

Gonzaga has established itself as a hub for international talent in college basketball. The Bulldogs lost some serious talent to the NBA, but they have reloaded for Mark Few’s classic style of basketball. New faces paired with a couple of key returns will make the Bulldogs a serious threat once again in the NCAA Tournament.

Corey Kispert is the lone returning starter from last year’s team and will play a vital role in the Bulldogs offense. The talented wing averaged eight points and 4.1 rebounds last year despite being one of the last options for the team in the starting lineup. Filip Petrusev is a proven talent and is well on pace to become Gonzaga’s next star and next talented international big man. Kispert and Petrusev are both slated to start and should see a massive increase in use this season.

The Bulldogs season could end up hinging on the health of often-injured senior forward Killian Tillie. He has missed significant time in his college career and only played 15 games last year due to foot and ankle injuries. The senior tested the NBA draft waters last year but decided to return for one final season under Mark Few. Tillie and the Bulldogs are going to need a healthy season from the forward stock full of talent.

Gonzaga lost a majority of their offense and four of their five starters. They also lost all but three players that averaged double-digit minutes last season. Brandon Clarke and Rui Hachimura were dominating the frontcourt and their presence on the team will be missed espically at the start of the season. The team also lost its talented backcourt in Zach Norvell Jr. and Josh Perkins. The team lost quite a bit of talent and experience, but Mark Few’s system is all about teaching guys to handle more of the load when asked to.

Drew Timme is a problem….? pic.twitter.com/9cheV6LdiL

Gonzaga has some talented freshmen coming in and two solid graduate transfers at guard to help carry the load in the frontcourt. Admon Gilder and Ryan Woolridge transferred from Texas A&M and North Texas respectively. The two are expected to start for Mark Few in the backcourt and provide needed experience while some other Gonzaga Bulldogs learn behind them. Anton Watson is a talented freshman from Gonzaga Prep that can provide solid depth on the inside and outside.

Drew Timme and Oumar Ballo probably won’t see many starting minutes this year, but they can be key rotation players. The two talented young big men are likely the future of Gonzaga basketball. They will grow into a fun duo next to each other, but this year is about learning and hopefully provide an impact off of the bench for Gonzaga’s frontcourt. Gonzaga’s bright future is hoping to make an immediate impact this season.

The Bulldogs are the clear cut favorites to win the West Coast Conference once again. Mark Few and the Gonzaga program as a whole have been close enough to a National Championship they could taste it. The team has made it to the Sweet 16 for five consecutive seasons, with three appearances in the Elite Eight. The team lost the National Championship in 2017 to the North Carolina Tar Heels. The Texas Tech Red Raiders sent the Bulldogs home last year in the Elite Eight.

33-4 with a 16-0 conference record marked the record for the Bulldogs last year. The team is hoping to finally get over the hump and win a National Championship in 2020. It won’t be easy lacking a lot of experience and needing to beat the teams ranked ahead of them this year. It isn’t impossible, but the Bulldogs may have to settle for another deep run that comes up just short once again.

The game that jumps off the page for the Bulldogs is when North Carolina comes to Spokane to play. The team went down to Chapel Hill last year and were soundly defeated in a bit of a shocker. It’s an early test for a young team that needs a few solid wins in the nonconference. The team is also playing away games against Arizona, Washington, and Texas A&M. It is hard to imagine a team this young to not slip up a couple of times in the year, so expect two or three losses in the nonconference.

Reasonably the only challenge to Gonzaga Bulldogs in the WCC should be a solid Saint Mary’s team. They went 16-0 last year in the West Coast Conference, but they could potentially drop a game to a talented Gaels team. It wouldn’t be unreasonable to see them either got 16-0 again or drop a game or two to an unexpected WCC opponent. The options are up in the air and a lot depends on the health of senior Killian Tillie. The young but talented players on the team will also play a huge part in the team’s success. 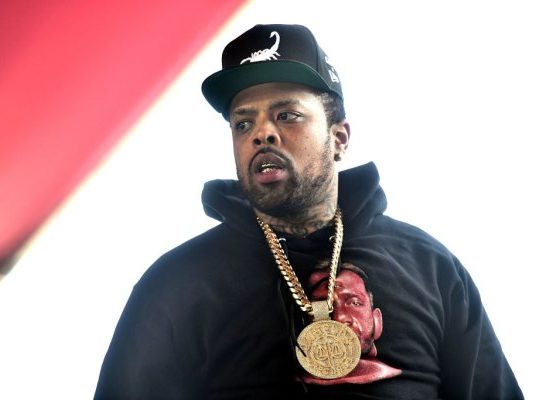