In a strange year that saw the whole of college basketball shut down in a matter of 48 hours, I thought it would be nice to look back on some of the finest college basketball players in New England. This season saw Merrimack go 20-11 and win the NEC title in their first year as Division 1 program. It saw Providence go from 6-6 and dead in the water in mid-December to 19-12, 12-6 in Big East play and 5 ranked wins under their belt. Boston University was dancing for the first time since joining the Patriot League and since Joe Jones took over in 2011. Sacred Heart’s Cameron Parker set the NCAA single-game assist record with 24. It was quite the year and it’s a shame we will never know how it would have ended up.

This was a tough award to decide, as before the season I thought Anthony Lamb would run away with this after last season. But to my surprise, it was Jordan Roland of Northeastern, the former GW Colonial who I gave this to. Roland was a scoring machine, dropping 39 against BU and 42 against Harvard to start the season. Roland averaged 21.9 points per game, 3.8 rebounds, 1.8 assists on 48.1% shooting from the field, 39.4% from 3 and 88.4% from the charity stripe. He finished 10th in the country for scoring. Jordan Roland and the Huskies nearly clinched their second consecutive NCAA tournament appearance this year, falling to Hofstra in the CAA Championship game.

I had Mitchell pegged as my freshman of the year since December. There simply was no one else playing like Mitchell, who was outstanding all season. For the year, Tre Mitchell averaged 17.7 points per game, 7.2 rebounds, 1.9 assists and one steal and block per game. He did this on 48.1% from the field, 33% from 3 and 72.8% from the free-throw line. Pretty good right? In A-10 play, Mithcell averaged 20.4 points per game, 8 rebounds, 2 assists, one steal and 1.1 blocks per game. He improved his shooting percentages, shooting 49% from the field, 38% from 3 and hitting 78% from the free-throw line. He went toe-to-toe with National Player of the Year Obi Toppin and not only held his own, but played great. Tre Mitchell is the real deal and if you do not know his name now, get ready to hear it a-lot next year. Mitchell is gonna be the face of a young and up and coming UMass squad.

This was another difficult award to choose as Ed Cooley made a late bid for the award with PC’s incredible turnaround. That being said, I am gonna give it Merrimack’s Joey Gallo, who guided his newly minted Division-1 squad to an impressive 20-11 record and NEC Title. By winning the NEC, Merrimack became the first school in history to outright win their conference in their first year as a Division-1 team. Not only that, but Merrimack was picked to finish last in the NEC preseason basketball poll. It is a shame even if the NCAA tournament was not canceled due to the COVID-19 pandemic we would not have seen this Merrimack team in the tournament. Regardless, this was an incredibly impressive first season for Merrimack and it will be exciting to see where they go from here.

Other Awards and Honors 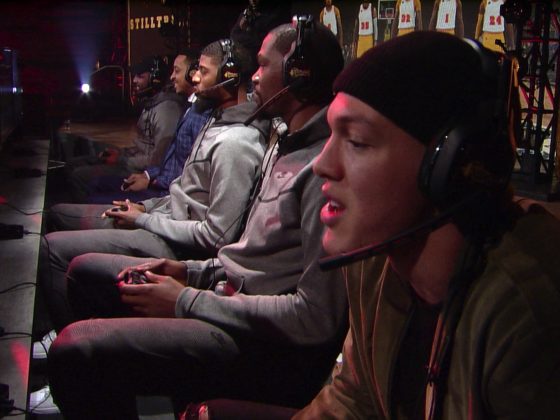