After taking a bit of a break last week to focus on the quarterback position, specifically, we return to a more traditional NFL Power Rankings format this week … kind of. While we’re returning to a more generalized, team-wide system, this week “theme” is based on how teams are set up for a second-half playoff run.

Some teams might be lower than they probably should be because of a tough division or other hurdles in the way of the team and the postseason. Further, for the first time in this space, we’re introducing a sixth tier to (dis)honor the league’s basement. And because adding a new bottom tier seems appropriate since the NFL tends to cluster around .500 up until the halfway point then separate out a bit as teams sink or swim.

We use a tier system in this space because it tends to illustrates gaps between teams better than simply ranking teams 1-32 (i.e.: the gap between the best team and fifth-best could be significantly greater or less than the gap between the 15th best and 20th. Which is to say: It shouldn’t be earth-shattering that the Philadelphia Eagles took over the top spot this week in the NFL Power Rankngs, but it’s not insignificant, either. The Eagles continue to roll and are clearly the best team in the NFC, if not the entire NFL.

Kansas City has been in the top spot the past few weeks, but no longer. The Chiefs have a tough matchup the Cowboys in Dallas this week, but after that, they’re only remaining road games are against both New York teams and Denver.

Pittsburgh would appear to be getting their offensive act together, although Ben Roethlisberger still hasn’t risen to the level some would expect of him. However, with a defense that’s playing well and the emergence of JuJu Smith-Schuster, the Steelers look to have the best combination of impact players to challenge the Chiefs in the AFC.

After a slow start, New England, at 6-2 and in first in the AFC East, is pretty much where we expected them to be. But it was an adventurous ride thus far. New England embarks on an interesting stretch in the coming weeks as five of their next six games are on the road, culminating in a road game against the Steelers.

Speaking of teams entering an interesting portion of the schedule, the Rams dominated the lowly Cardinals last week and get the equally poor Giants this week. But after that, five of L.A.’s remaining eight opponents currently have winning records.

It almost seems like New Orleans has been in stealth mode the past few weeks. There were plenty of questions about them (especially the defense) entering the season, and they were pretty quiet early on, but all the sudden the Saints are leading the NFC South.

Of teams not winning their division, Buffalo is in the best shape. They’re clearly the favorite to land the AFC’s top wild card. And any challengers for that spot have major question marks, most notably at the quarterback spot. Plus, it doesn’t hurt that the Bills picked up Kelvin Benjamin at the trade deadline, who immediately becomes the best receiver on the roster.

Seattle won a barn-burner against Houston last week and continued their winning streak (now at four). That run should continue over the upcoming weeks since the struggling Falcons are the only winning team the Seahawks will face from now until a potential NFC Championship preview game against the Eagles in Week 13.

The Panthers have been relatively successful despite playing an ugly brand of football. They’re still in the thick of the race to win the NFC South, to be sure, but having a leg-up on the rest of the potential NFC wild card teams isn’t a bad consolation prize. Outside of their division, the primary contenders for the non-division-winners postseason spots are the Rams and Cowboys. As long as Carolina can fend off at least one of the Saints or Falcons, they’re in good shape for the playoffs.

Some teams – namely New Orleans and Carolina – could leave people wondering how their record as good as it is. Dallas is the opposite of that. When at their best, the Cowboys have looked eons better than their 4-3 would suggest. However, one might also wonder if the on-again, off-again Ezekiel Elliott suspension and constant news stream surrounding Jerry Jones are unnecessarily wearing the team down emotionally.

Minnesota could also qualify as a team that leaves one wondering how their record is as good as it is. But the 6-2 record is padded by a really weak schedule. If you discount the Vikings win over the Packers in the game Aaron Rodgers got hurt, Minnesota’s only win against a team that currently has a winning record was Week One against the Saints.

It’s only logical at this point to cluster the three teams that represent the top of the AFC South. Tennessee is solid all around, Jacksonville has the potential to take over as the league’s best defense in the not-so-distant future, and Houston is surging behind the play of Deshaun Watson. All three have legit question marks though, whether it be health (Titans), their QB (Jaguars), or inability to stop explosive plays on defense (Texans). It wouldn’t be shocking to see the Texans be the team to drop in future NFL Power Rankings, given the Deshaun Watson news.

Atlanta has more talent than plenty of teams that rank above them here, but the Falcons are just playing plain ‘ol bad football. The next three weeks could be make-or-break for Atlanta as they play Carolina, Dallas, and Seattle.

Any hopes the Packers have for the rest of the 2017-18 season hangs on the play of Brett Hundley. It’s kind of cute that Packer fans are optimistic in that department. However, it just doesn’t look like it’s happening this year for Green Bay. In the eyes of these NFL Power Rankings, the Packers are cross off.

It seems like forever ago that the Lions were 3-1 and in command of their own destiny. The primary reason that seems like so long ago though is because the Detroit Lions late-season collapse happens pretty much every season. Detroit plays on Thanksgiving every year, and every year you can count on the Lions hanging on to the last thread of playoffs hopes by then after getting out to a hot start.

Kirk Cousins defenders have numbers at their disposal to justify their stance. And Cousins is far from the only problem in Washington. But perhaps the most problematic aspect of the quarterback’s play has been the minimization of impact players around him. DeSean Jackson’s numbers suffered while playing with Cousins, and Terrelle Pryor went from being the only player explosive player in Cleveland to offering next to nothing this season in D.C.

While there is more than a single situation that can be pointed to if making the case Colin Kaepernick is, in fact, being blackballed from the league, any such case should start and end with the Broncos. Denver’s roster is ready-made to compete for a championship aside from their terrible QB play. Kaepernick could walk into that locker room right now and be the most talented signal-caller on the roster, but obviously, the Broncos have no interest. They’re still in line for playoff contention, but it’s hard to put Denver any higher in the NFL Power Rankings with such abysmal QB play.

Baltimore and Oakland looked like playoff teams early. Unfortunately for them, they look like completely different teams now. It’s doubly unfortunate for Oakland, as “The City” is on the verge of losing the Raiders to Las Vegas and having the preeminent superpower in sports (the Warriors) move to a new arena across the bay to San Francisco.

Tier Five: On the Road to Nowhere

At 2-5, it’s no secret that Tampa Bay isn’t a good team. That is a huge disappointment for a relatively young team that had big expectations. However, sometimes even in losing seasons, there can be signs of encouragement if a team can pull off a couple impressive wins. The Bucs don’t even have that though, considering their two wins came against the Bears and Giants.

The Dolphins 4-3 record is football’s version of an optical illusion. They’re far, far worse than their position in the standings indicates, which is why they’re so low in the NFL Power Rankings. Miami is the only team in the NFL that hasn’t topped the triple-digit mark in points scored on the season.

At one point, the Jets had a three-game winning streak and were the league’s most surprising team. They washed away the winning streak by going on a losing streak of the same number. That’s likely to extend to a four-game losing streak this week though, as New York goes up against the Bills.

Once 0-4, the Chargers deserve a lot of credit for continuing to play hard. Now 3-5, the team seems to be performing more in line with where their pretty talented roster would suggest. Under different circumstances, there could be a case to be made for the Chargers being a darkhorse team to go on a late-season winning streak and rise in the NFL Power Rankings. However, that argument collapses when considering they play the Jags, Bills, and Cowboys the next three weeks. The hole the Chargers dug for themselves will prove too deep with anything other than a 3-0 record over that upcoming span.

Chicago’s defense has been impressive enough to keep them in games. But the Bears have only scored more than 20 points in one game so far. That’s not nearly enough to compete in an offensive-driven league. It’s hard to put such a putrid offense any higher in these NFL Power Rankings, even though there’s reason for the Bears to have some optimism.

As if getting blown out 33-0 to the Rams wasn’t enough, consider that the Cardinals haven’t even played division-leading Seattle yet this season (in addition to having one more game against the Rams left).

It’s symbolic of both teams’ seasons that the Bengals and Browns couldn’t even file an agreed-upon trade in such a manner that resulted in the trade getting done.

At least the Giants’ offensive woes can somewhat get explained away with all the injuries they’ve dealt with, especially to the receiving corps.

Indianapolis’ management deserves a ton of questions and criticisms for how they handled Andrew Luck’s injury. But that’s far from the only problem the Colts have. The Colts’ point differential (-104) is the league’s worst by more than 20 points. If Luck were in uniform, that would have undoubtedly helped the offense produce more points, it wouldn’t have done much to improve the league’s worst defense.

Colts announced Andrew Luck on IR. Out for year. No more mystery.

San Francisco and Cleveland have appeared towards the bottom of the NFL Power Rankings from the very beginning. There’s no new, innovative way to describe how bad they are. At least both these fan bases should have something to look forward to with their NBA teams (although there’s a healthy amount of skepticism with Cleveland’s NBA team as well). 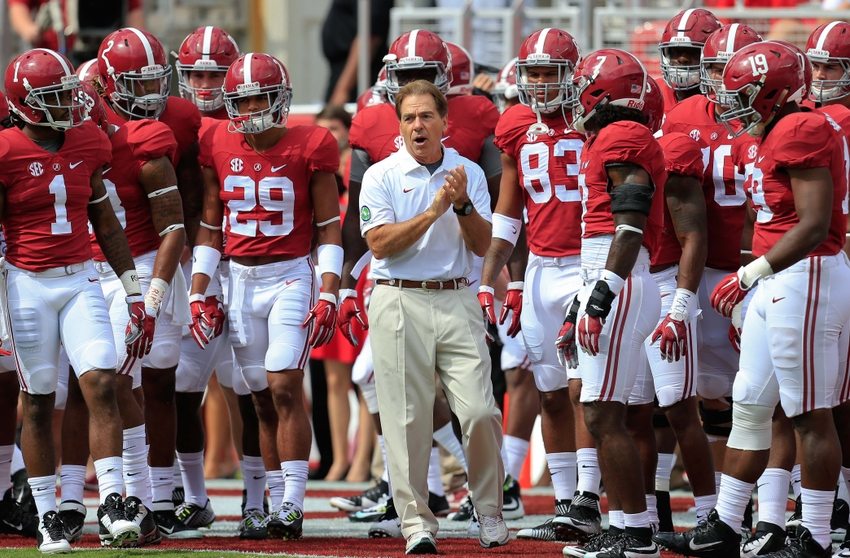 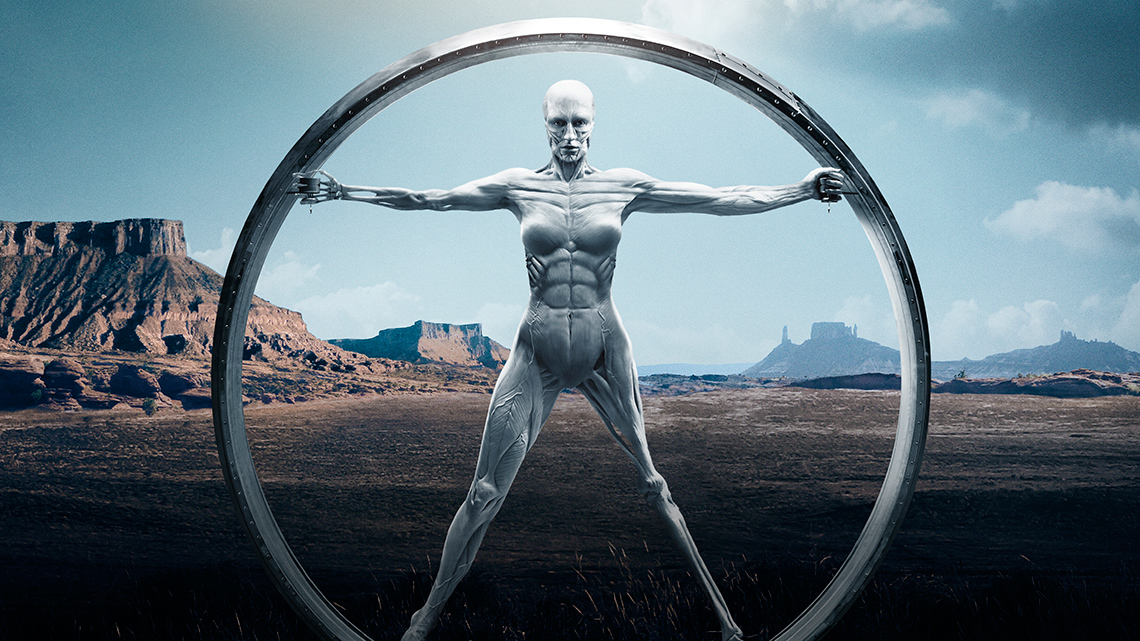 Production On ‘Westworld: Season 2’ Has Been Temporarily Suspended