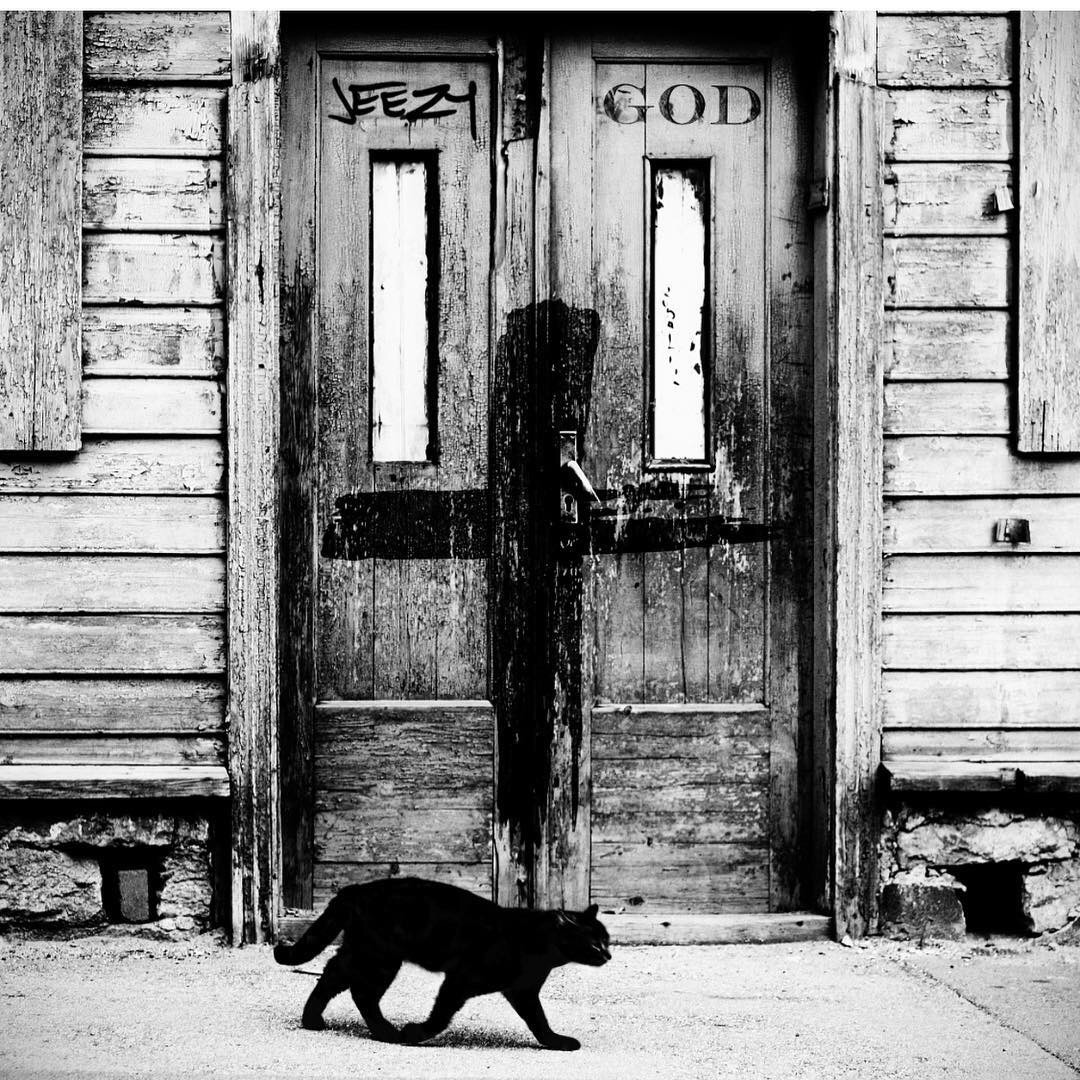 This past weekend, Jeezy took to his Instagram and he posted a short video which showed a black cat walking and a cross appearing on a door. On this same door there were two names: Jeezy and God. Now three days after the cryptic post — as promised — we have an explanation for the video, an open letter to his supporters.

Pastor Young ends off the letter with “To be continued…..Friday, November 13th”.

Read Jeezy’s inspirational letter to his fans and supporters below. 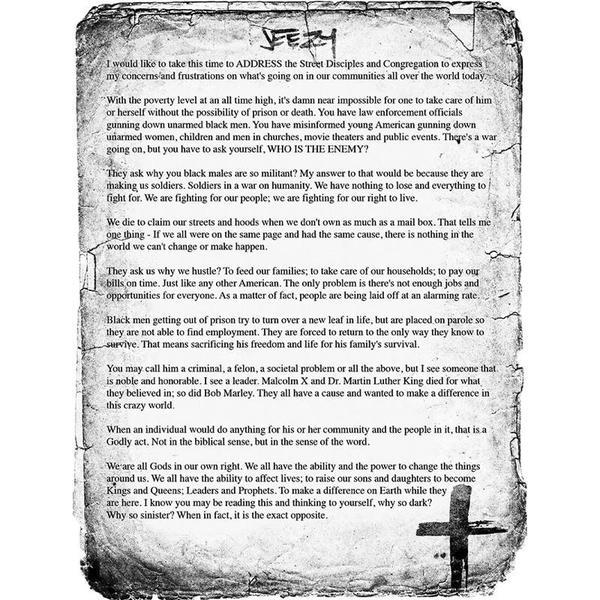 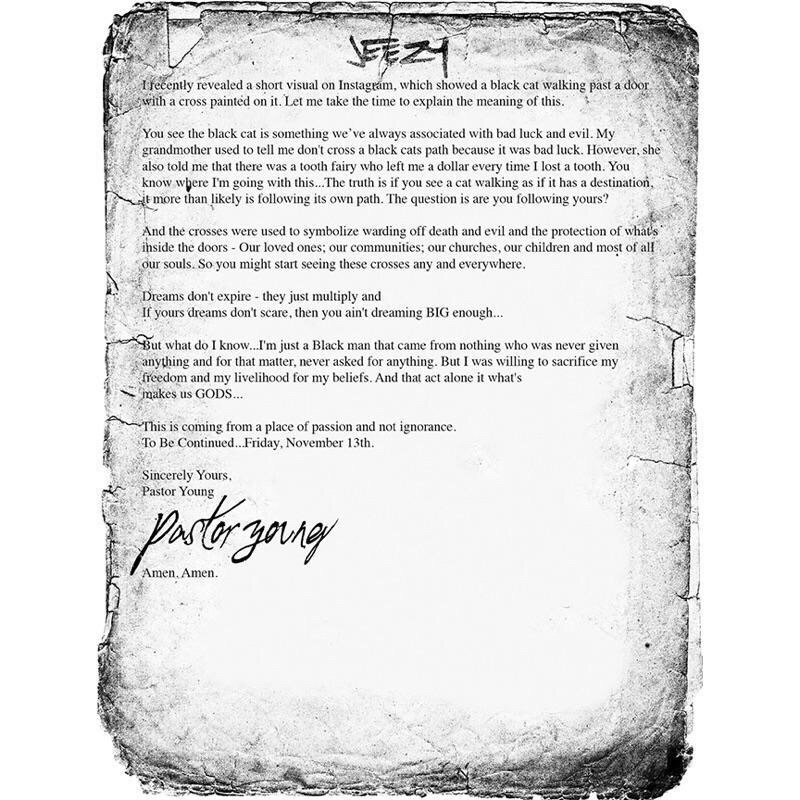 I would like to take this time to ADDRESS the Street Disciples and Congregation to express my concerns and frustrations on what’s going on in our communities all over the world today.

With the poverty level at an all time high, it’s damn near impossible for one to take care of him or herself without the possibility of prison or death. You have law enforcement officials gunning down unarmed black men. You have misinformed young American gunning down unarmed women, children and men in churches, movie theaters and public events. There’s a war going on, but you have to ask yourself, who is the enemy?

We die to claim our streets and hoods when we don’t own as much as a mail box. That tells me one thing – If we all were on the same page and had the same cause, there is nothing in the world we can’t change or make happen.

They ask us why we hustle? To feed our families; to take care of our households; to pay our bills on time. Just like any other American. The only problem is there’s not enough jobs and opportunities for everyone. As a matter of fact, people are being laid off at an alarming rate.

Black men getting out of prison try to turn over a new leaf in life, but are placed on parole so they are not able to find employment. They are forced to return to the only way they know to survive. That means sacrificing his freedom and life for his family’s survival.

You may call him a criminal, a felon, a societal problem or all the above, but I see someone that is noble and honorable. I see a leader. Malcolm X and Dr. Martin Luther King died for what they believed in; so did Bob Marley. They all have a cause and wanted to make a difference in this crazy world.

When an individual would do anything for his or her community and the people in it, that is a Godly act. Not in the biblical sense, but in the sense of the word.

I know you may be reading this and thinking to yourself, why so dark? Why so sinister? When in fact, it is the exact opposite.

I recently revealed a short visual on Instagram, which showed a black cat walking past a door with a cross painted on it. Let me take the time to explain the meaning of this.
You see the black cat is something we’ve always associated with bad luck and evil. My grandmother used to tell me don’t cross a black cats path because it was bad luck. However, she also told me that there was a tooth fairy who left me a dollar every time I lost a tooth. You know where I’m going with this…The truth is if you see a cat walking as if it has a destination, it more than likely is following its own path.

The question is are you following yours?

And the crosses were used to symbolize warding off death and evil and the protection of what’s inside the doors – Our loved ones; our communities; our churches, our children and most of all our souls. So you might start seeing these crosses any and everywhere.

Dreams don’t expire – they just multiply and
If yours dreams don’t scare, then you ain’t dreaming BIG enough…

But what do I know…I’m just a Black man that came from nothing who was never given anything and for that matter, never asked for anything. But I was willing to sacrifice my freedom and my livelihood for my beliefs. And that act alone it what’s makes us GODS…

This is coming from a place of passion and not ignorance. To Be Continued…Friday, November 13th. 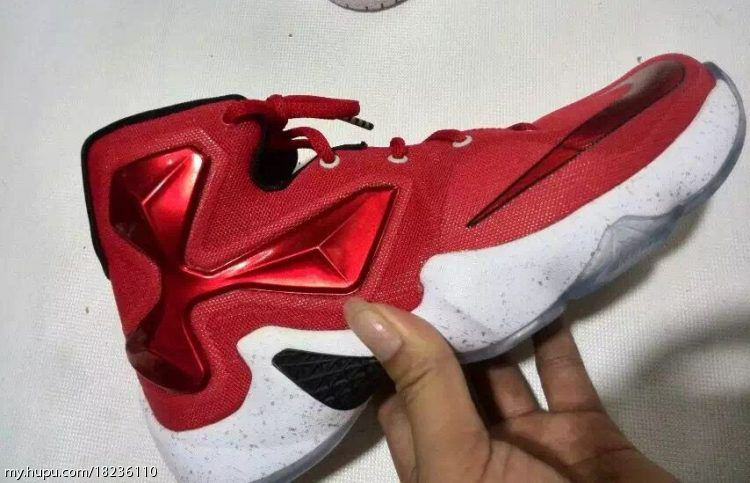 New Colorway For The Nike LeBron 13