Day one of the 2016 NCAA Tournament featured a mixture of things. There was a sweaty head coach roaming the sidelines, a top seed looking shaky early on and a handful of upsets making the tournament live up to its March Madness name.

All in total, day one of the 2016 NCAA tournament saw seven ‘upsets’ of different levels take place. Three number one seeds, two number three seeds and three number four seeds survived but everyone else got bit by the upset bug. While some upsets weren’t quite surprising, there was a pair of twelve seeds that highlighted the day.

As always, the day starts nice and early at noon and the first matchup of the day featured the team that was the last squad standing at the end of the 2015 NCAA tournament. The Duke Blue Devils opened up shop in the 2016 NCAA Tournament when they took on a fellow North Carolina squad.

Duke, the four seed in the West Region, took on UNC-Wilmington and despite an early push from the Seahawks, the Blue Devils held strong and took home a win thanks to some great play from Duke’s trio of stars Brandon Ingram, Marshall Plumlee and Grayson Allen. Duke overcame a halftime deficit to beat UNC-Wilmington and advanced to the second round of the NCAA Tournament. The Seahawks had three chances to pull within one possession in the final minute, but contested shots fell short and the Blue Devils sealed the victory at the free-throw line. Grayson Allen made 15 of 17 free throws as he scored a game-high 23 points adding 10 rebounds and five assists, also a game-high.

As the Blue Devils closed up shop on the Seahawks, an newer rival of Duke, the Butler Bulldogs, took on the Texas Tech Red Raiders. It was a tight matchup between the eight and nine seed in the Midwest bracket and Butler prevailed over Texas Tech with a combination of 3-point shooting and tough defense down the stretch. The Red Raiders ended their season with four losses in their final five games, while the Bulldogs advanced past the first round of the NCAA Tournament for the second consecutive season. Kellen Dunham led all scorers with 23 points for the Bulldogs while shooting 8-of-15 from the field and 5-of-9 from beyond the arc. He also added two rebounds, two assists and two steals in the Butler win.

In UConn’s first NCAA Tournament game since their 2014 championship run, the Huskies came out swinging against Colorado. The No. 9 seed Connecticut topped No. 8 seed Colorado to open play for the South Region and they advance to the second round of the NCAA Tournament. The Buffaloes led 36-27 at half, but the Huskies dominated the second half and fended off a late rally. Huskies forward Daniel Hamilton posted 17 points and added a team-high 10 rebounds.

The Iona Gaels were a trendy upset pick in the 2016 NCAA tournament but the Iowa State Cyclones had other plans of advancing in the Midwest region. Iowa State was upset by UAB in their opening game of last year’s NCAA Tournament, but avoided disaster this time with an easy first-round win over Iona. The Gaels were unable to keep up with the Cyclones, who scored the most points in a game since December 30th. Georges Niang led Iowa State with 28 points and shot 11-of-23 from the field and 4-for-4 from the free-throw line and the senior added six rebounds, three assists and two steals in the win.

The Baylor Bears season ends in the first round of the NCAA tournament for the second year in a row. Last season, the Bears were a three seed and they fell at the hands of the 14th seeded Georgia State Panthers and the amazing story of the Hunter family. This season, Yale came in looking for their first NCAA tournament win in the history of their basketball program. Yale made the most of its first NCAA tournament game since 1962 as the Ivy League champions pulled off the first upset of the 2016 NCAA tournament in their win over Baylor. Makai Mason led Yale with a season-high 31 points, shot 9-of-18 from the field and was a perfect 11-for-11 at the free-throw line. He also had six rebounds and four assists in the victory for the Bulldogs coming out of the West region.

It was an expected drubbing as the top seed in the Midwest division decimated their opponent but there was a small cause for concern midway through the contest. Virginia coach Tony Bennett collapsed and left the game with dehydration in the first half, but returned in the second half to lead his top-seeded Cavaliers to a blowout victory over No. 16 seed Hampton. Cavaliers forward Anthony Gill, who averages 13.3 points per game, posted a game-high 19 points on 8 of 13 shooting.

No. 1 overall seed in the 2016 NCAA Tournament handled business in their opening round game. Kansas dominated No. 16 Austin Peay from the tip and cruised to an easy victory in their matchup coming out of the South Region. The Jayhawks built a 20-point lead and coasted in the second half to set up a second-round matchup against Connecticut. Kansas senior big man and national player of the year candidate Perry Ellis posted 21 points on 8 of 12 shooting in limited playing time as he sat the homestretch of the second half.

The game that quite possibly had the best finish of the day, also had possibly the biggest upset of the day. Purdue led by 14 points with under 5 minutes left in regulation and all they had to do was play smart basketball. They didn’t execute that plan. Arkansas-Little Rock was not to be denied, tying the game on a late 3-pointer before ultimately winning in double overtime. Purdue’s Johnny Hill had a chance to give his team the lead in the closing seconds, but appeared to slip as he drove the painted area, and ultimately turned the ball over. Trojans senior guard Josh Hagins had the game of the day, going 10-of-20 from the field for a game-high 31 points with seven rebounds, six assists and five steals. Hagins sank the 3-pointer which forced overtime and scored 4 of Arkansas-Little Rock’s 5 points in the first overtime.

Angel Rodriguez had 24 points and seven rebounds while Sheldon McClellan added 20 points and five rebounds as third-seeded Miami held on to defeat No. 14 seed Buffalo 79-72 in the first round mathcup out of South region. It is Miami’s first tournament win since they went to the Sweet 16 in 2013. The Hurricanes advance to play the winner of Arizona and Wichita State in the second round of the South Region on Saturday.

North Carolina survived a first half scare from Florida Gulf Coast, but pulled away from the Eagles early in the second to maintain the perfect streak of No. 1 seeds defeating No. 16 seeds. The Eagles shot 15-of-25 in the first half and held a one point lead but in the second half, they went 10-of-33 from the field. The Tar Heels also improved to 30-1 all-time in NCAA Tournament games played within the state of North Carolina and Roy Williams passed Dean Smith for second on the All-Time NCAA Tournament wins list. Brice Johnson set a Tar Heels tournament record with eight blocks while also leading UNC with 18 points and seven rebounds.

A balanced scoring effort, red-hot shooting and an early lead spelled was the recipe for success as Indiana got a first round East Region win over Chattanooga. Indiana shot a season-high 64.9 percent from the field and 58.8 percent from outside the arc. Hoosiers senior guard Yogi Ferrell led all scorers with 20 points on 6-of-13 shooting. He connected on a team-high four 3-pointers and went 4-for-4 at the free-throw line. Ferrell had a double-double with a team-leading 10 assists.

Utah led by 11 points at the half, but had to battle to hold off a second half rally from Fresno State. The Utes will face the winner of the Seton Hall/Gonzaga game. Utes sophomore forward Jakob Poeltl had a double-double with 16 points and 18 rebounds finishing with more rebounds than the entire Fresno State team combined and he also finished with four assists and a steal.

A late surge wasn’t enough to save No. 6 seed Arizona from a mostly horrible performance against 11th-seeded Wichita State in the opening round, as the Shockers nearly forced the Wildcats into more turnovers than made field goals in a convincing win. The Shockers, who won a first four matchup on Tuesday to get into the tournament, advance to the second round to face Miami on Saturday in the South region. Shockers guard Fred VanVleet led the team with 16 points while also grabbing four rebounds and adding an assist and the senior led the Shockers’ defense with five steals. The story of the night though was the sweating escipade that Wildcats coach Sean Miller endured for the entirety of the game.

The Wildcats improved to 46-10 all-time in first-round games, dominating No. 13 seed Stony Brook and setting an NCAA record for blocks in a tournament game. The Wildcats set up a highly anticipated second-round meeting with border rival Indiana, the first meeting between the two schools since 2011. Kentucky forward Skal Labissiere hit 6-of-10 from the field to finish with 12 points while adding four rebounds, an assist and leading the Wildcats with six blocks.

Providence won its first NCAA Tournament game since 1997, getting a last-second layup from Rodney Bullock to down USC in an 8 vs. 9 matchup. The reward for the Friars is a Saturday matchup with top seed North Carolina, while USC remains without an NCAA win since 2007. Bullock finished with a double-double of 16 points and 10 rebounds, hitting the game-winning layup off an inbounds feed from Drew Edwards with 1.5 seconds left.

In the final matchup of the evening, The Bulldogs cruised to victory over No. 6 seed Seton Hall, giving Gonzaga an opening-round NCAA victory for the eighth year in a row. The Pirates, making their first appearance in the NCAA Tournament in a decade, lost in the opening round for the second appearance in a row and are without a victory in the tournament since 2004. Gonzaga forward Domantas Sabonis racked up his 21st double-double of the season, hitting 9-of-20 field goals to lead all scorers with 21 points while grabbing a game-high 16 rebounds. 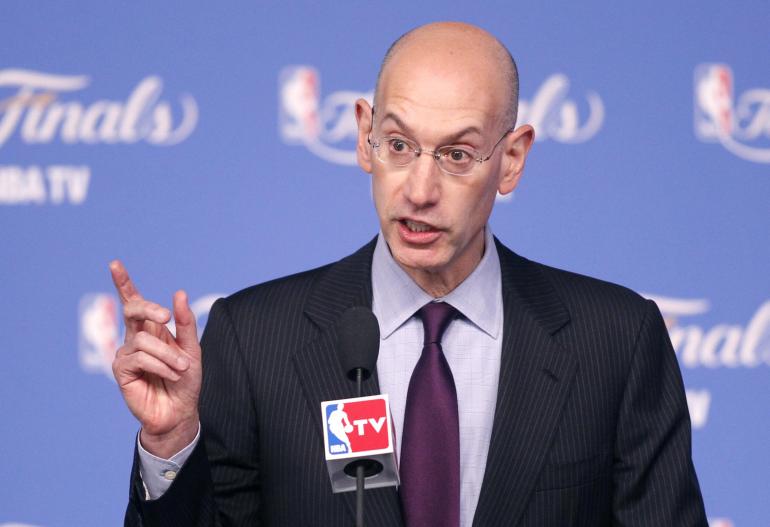 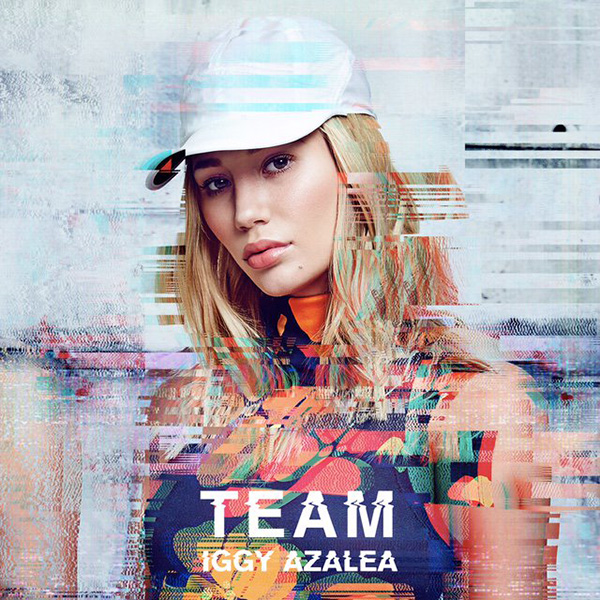