New England Patriots will square off with the Seattle Seahawks in Super Bowl XLIX. The Patriots will be looking to record their fourth Super Bowl win in team history while the Seahawks will try to be the first team to repeat as Super Bowl champions since the Patriots did it in the 2004-05 season. With both teams having Super Bowl experience in this decade you can be sure that this is going to be a great game.

Any time you go against the Seahawks you know that they are going to try and pound the rock with Marshawn Lynch. Lynch is the main cog in the mechanism that is the Seattle offense, when he doesn’t work, they don’t work. We saw this in the championship game two weeks ago, in week six against the Cowboys, and again in week 14 against the Eagles for a half. Lynch boasts the leagues fourth highest rushing total at 1,306 yards and was tied with Demarco Murray for the most rushing touchdowns this season at 13. Lynch’s 108 yards per game average is the highest this post season. This should be easy enough considering the Patriots had a defense in the top ten this season. With big Vince Wilfork clogging up the middle, the Patriots should have no problem stopping the run after bringing a safety into the box. They may lose help against the pass but a below average Seattle receiving core shouldn’t be much to overcome for Darrelle Revis to keep them on his ‘Revis Island’.

The only way the Patriots can overcome the smothering Seattle defense is if Brady has a good game. Seattle terrorizes opposing quarterbacks. Their defense was the best against the pass this season only allowing 185.6 yards per game. Although they only had 37 sacks this season, they were able to pressure opposing quarterbacks into bad decisions against their amazing secondary. If any one can overcome the Seattle defense it’s Brady. There’s a reason Brady is a two time MVP and was in contention for a third. Brady had 4,109 yards this season and 33 touchdowns and with a little time can pick apart any defense. Between Danny Amendola, Julian Edelman, and Rob Gronkowski, Brady has more than enough weapons to use. He’s going to need all the time he can get if he’s going to find the weaknesses in a Seattle defense that has yet to show any.

3. Keep Wilson In The Pocket.

Russel Wilson is a dangerous weapon for the Seahawks offense. Even when the running game isn’t working the Seahawks can usually count on him to dial up some magic with his ability to scramble. The Seahawks receivers usually have trouble getting open without Wilson’s ability to avoid pass rushers. That’s the reason why the team’s best receiver Doug Baldwin was only 46th in the league with 51.6 yards per game and the Seahawks as a team were only 26th with 218.2 yards per game. The Seattle receivers rely on Wilson’s ability to scramble. Plus we saw two weeks ago that when you pressure Wilson and keep him in the pocket and don’t give him space to work with he will make mistakes. That’s how the Packers where able to force him into throwing four interceptions.

Bill Belichick is a master schemer, he is constantly thinking 50 steps ahead. He will come up with a game plan and if that one doesn’t work he’ll come up with another one on the fly. We saw an example of this when the Patriots didn’t run the ball in the entire second half of the game against the Ravens in the Divisional round. Belichick will find the most effective way to attack any team. His defensive game plan from Super Bowl XXV is in Canton for a reason. You can bet that he has been watching the film from week 6 and the championship game and he’ll have the perfect strategy to stop the Seattle offense. He’ll find a way to get past the Seattle defense too.

Don’t expect this Super Bowl to be a repeat of last years game. Seattle will have their hands full trying to compete with Brady and company. Many people think that Seattle’s defense will provide them the edge that they need to get past New England but I think that the Patriots have a more complete team than the Seahawks.  You can bet that the Seahawks won’t get as lucky as they did against Green Bay Packers and pull off a win after some undisciplined play. Without the added help of the twelfth man the Seahawks are vulnerable. The Seahawks were exposed twice this season, my Super Bowl Prediction is for them to be exposed a third time.

Check out the reasons why the Seattle Seahawks might win. 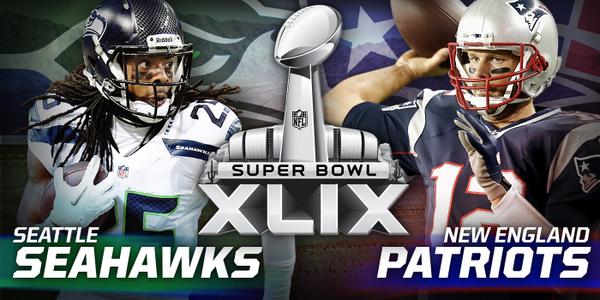 Why The Seattle Seahawks Will Win Super Bowl XLIX 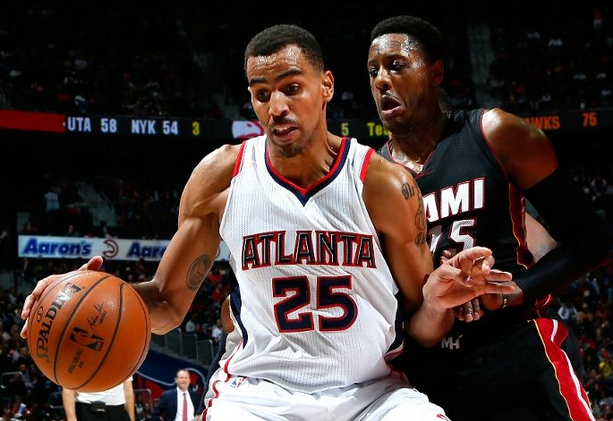