Potential No.1 overall pick Evan Mobley declares for the 2021 NBA Draft. The USC Trojan had a good season leading his team alongside his brother Isaiah. Evan has earned a number of awards for his one season in the NCAA. He was named the Wooden All-America Team as well as Pac-12 POY, DPOY, and FOY the first player to ever win all three in the same season. Anthony Davis is the only other major conference player to accomplish the same feat.

LEAGUE BOUND! I’ve dreamed about turning pro since I was a kid. Come along for the journey: https://t.co/mIpfUaZRy0 #1of1 #NFT pic.twitter.com/nD1uTVkSkv

When Mobley committed to USC out of high school, he was already being considered for the No.1 overall pick in this draft. His play over the course of the year only reinforced those beliefs. At 7-feet tall, he is quite the presence on the floor. He was able to average 16.5 points, 8.8 rebounds, 2.3 assists, and 3.0 blocks per game this season. He finished second on USC’s all-time single-season blocks list. The Trojans made it all the way to the Elite Eight before losing to the Gonzaga Bulldogs.

Evan Mobley has declared for the 2021 NBA Draft ? @evan_mobley7

He’ll compete for the No. 1 overall pick ? pic.twitter.com/QIHQ7IVOn7

Mobley handles the ball differently than most players his size. His ability to dribble in traffic when needed helps him create opportunities for himself and his team. Of course, his defensive prowess is apparent. Three blocks a game do not happen by luck. His timing and patience allow him to pester offensive players. He is going to be able to score the ball at the next level and contribute in all facets of the game. 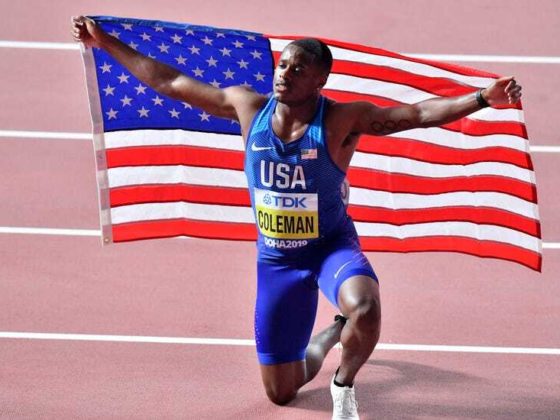