In light of the seemingly rapid reports of players opting to stay home, it’s only a matter of time before your team’s favorite role player decides his next-to-minimum salary isn’t worth the long-term side effects of COVID-19. Typically, the names soon to be mentioned don’t generate significant publicity, but we’re making an exception by ranking the top five most valuable NBA role players.

While many fans disregard the efforts of those on the bench in favor of the highlight-reel-producing stars, the current landscape of the NBA will serve as an eye-opener for fans of top-heavy teams.

“As committed to my Lakers teammates and the organization as I am, I ultimately play basketball for my family.” – Avery Bradley

Bradley, although not performing up to his sharp defensive reputation, serves as an adequate starting guard. Now, with Bradley out of the picture, the Lakers’ coaches see themselves with a legitimate quandary with a starting guard slot open.

It’s plausible every team will find themselves in a similar scenario. Both lower-paid players and contract-year hopefuls stand with the most to lose, although one could argue the Disney “bubble” doesn’t sound like a winning situation.

At any rate, these unsung heroes make up our top five role players in the NBA’s Orlando bubble.

With the athletic roll-to-the-rim big shipped to Atlanta, Mike D’Antoni looks to a gritty, undersized veteran – P.J. Tucker – to fill the starting center position of this peek-into-the-future starting lineup. Although not the scoring threat that some others on this list are, his defensive ability and overall responsibility earns the 34-year-old newly turned center a spot.

Endurance is the magic word. Brute strength alone won’t take the cake, either. It will take loads of mental fortitude to combat switching from paint to perimeter, as the idea of finding post players doesn’t reign supreme in most teams’ game plans.

Morey’s gamble of the safe option, Capela, elevates Tucker’s importance. End-of-the-line Tyson Chandler and unproven Isaiah Hartenstein won’t provide much if any relief. No other role player possesses such a high-pressured assignment.

It would be remiss of analysis to skip over Robert Covington, the 3-and-D player obtained in the Capela trade. Covington, standing at 6 feet, 7 inches, is 2 inches taller than Tucker. Nonetheless, Tucker’s bulldog of a frame seems to be the Rockets’ answer at center.

For a team with rare continuity throughout the roster after the NBA experienced its most active free agency in three years, the Denver Nuggets suffered from a slow start to the season.

Nikola Jokic looked more out of shape, even for someone with such a husky build. Jamal Murray wasn’t firing off for high-scoring games like last season. However, improved team defense and the impressive play from often-forgotten Will Barton guided the team through murky waters.

Barton’s wiry frame, almost like a good bluff, misleads opponents anticipating an easy rebound. Similar to gifted poker players, Barton doesn’t allow an off hand to tell the story of the game. Barton’s rebounding serves as the play on the river — out of nowhere yet calculated.

In addition to quality rebounding for a skinnier guard, his scoring keeps the Nuggets in games where Murray’s streaky shooting causes trouble. Barton plays his third-wheel role well. So well, in fact, that his leadership is All-Star caliber.

Barton, on occasion, gets his hands dirty in the locker room. For a team with high expectations, someone must communicate on-court shortcomings, the frustration of which Nikola Jokic nor Murray relays to the team. Expressive leaders are necessary in any line of work, leaving Barton equipped with the hard hat so Jokic and Murray can solely focus on Denver’s on-court performance.

Seth Curry, once cursed by his older brother’s reputation, without an identity in the public’s eye, now authors a chapter without the Curry family’s shadow looming over the pages. The Dallas Mavericks’ No. 30 passed Stephen Curry in the all-time 3-point percentage in February.

Dallas’ favorite Europeans duo, Luka Doncic and Kristaps Porzingis, can’t do it all, particularly in the clutch. For every highlight of Doncic scoring on the popular stepback 3, there is a turnover from a late-game double team. Dallas’ net rating ranks 27th in the league at minus-16.1 in clutch situations.

The playoffs where defenses tighten, not loosen, means even more irritable defenses coming Doncic and Porzingiz’s way. That’s where Curry comes in the picture. Not only is he an efficient shooter, but there is also a dash of playmaking in his cookbook.

Curry’s responsibilities multiply in light of Jalen Brunson opting to sit out the duration of the bubble season after successful shoulder surgery. Curry’s 9.5% turnover percentage bodes well for the idea of him at the starting point guard role.

Although Doncic operates as the de facto point guard even with Brunson in the lineup, if the Clippers match up with Dallas, rest assured Doncic will have his hands full with the most athletic defensive pairing in the league, Kawhi Leonard and Paul George.

Playmaking doesn’t require a flashy dribble package nor a signature crossover. Sometimes, all it takes is making the right play — this is cliché yet true. When defenses lock in on Dallas’ stars, Curry’s veteran, savvy decision-making in addition to his sharpshooting will play a determining role in the Mavericks’ success.

The Milwaukee Bucks’ starting center is the sole former All-Star on this list. Early in his career, Brook Lopez had the burden of leading the lowly New Jersey Nets to four seasons of playoff-less basketball before the move to Brooklyn, where the inevitable was prolonged in two first-round exits.

Nothing against the Nets organization and its passionate fanbase, but that was a thankless job.

In a revamped role with the contending Bucks, the sudden change of heart from the 3-point line, along with his Defensive Player of the Year-caliber performance this season, keeps the small market’s dream alive of winning the Larry O’Brien trophy and keeping its superstar.

This unprecedented bubble season, already filled with financial implications if the plan implodes, doesn’t negate the fact that Giannis Antetokounmpo is a free agent in summer 2021. The pressure on Milwaukee doesn’t cease once the clock strikes zero and the buzzer sounds.

However, Lopez’s rim protection and a much-needed improvement to his 3-point percentage make the game easier for the rim-attacking, once-in-a-generation talent of Antetokounmpo, as well as adding to reasons for staying a Buck.

The exception to the rule

The potential matchup with the underperforming Philadephia 76ers poses as a serious obstacle in the paint, during which Lopez will earn every penny of his contract. Embiid’s tendency to settle for bad-positioned 3 won’t hurt the Bucks, and when the three-time All-Star does get into the paint, he must respect Lopez’s presence.

Lopez is the perfect example of why you shouldn’t allow high rebounding numbers to define a defensive stud. Averaging 4.5 rebounds per game makes Lopez look like a glorified stretch five. However, dig deeper, and you’ll find his career-high block percentage (8%) as the exception to the norm.

Lopez went from a biannual exception signing afterthought to a vital member of a championship contender.

Bleacher Report poster boy Alex Caruso holds the title for the most valuable role player in the NBA. Even without the social media burn and the cult-like following, the makeup of the Lakers roster enables Caruso to shine.

Void of much young talent, outside of Anthony Davis, the Lakers are in desperate need of a jolt of youth. Although Caruso’s balding appearance makes him look like a fake latex salesman, the 25-year-old guard is the second-youngest player in the main rotation.

As mentioned earlier, Bradley is one of the many players who decided to stay home from the Orlando bubble festivities. It’s not set in stone, but Caruso seems like the sensible option for the Lakers to start heading into the playoffs.

Caruso, the rare Lakers Cinderella, is as prominent in advanced stats as in your Twitter feed. The Western Conference, full of offensive powerhouses, warrants shelling out minutes to scrappy defensive role players. Caruso ranks behind only Davis in defensive box plus-minus and, remarkably, leads the team in steal percentage.

Keeping LeBron James locked in on defense is an astounding feat. For as much Lakers praise that’s thrown around nowadays, not seeing James on “Shaqtin’ A Fool” for losing consciousness on defense deserves maximum attention.

Caruso’s infectious effort is a catalyst for the fire of the Lakers’ defensive production. In addition to the commendable hustle on defense, his ability to locate putbacks and keep possessions alive adds to the Los Angeles underdog’s reputation.

Caruso is without a doubt the third-most important player on the Lakers roster. Without the never-quit approach of an unlikely hero, it’s likely the Lakers would fall to their Staples Center arena mates, the Clippers.

All stats are courtesy of basketball-referenc.com and nba.com/stats 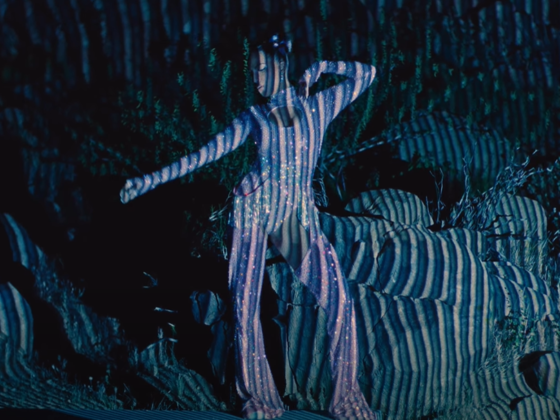 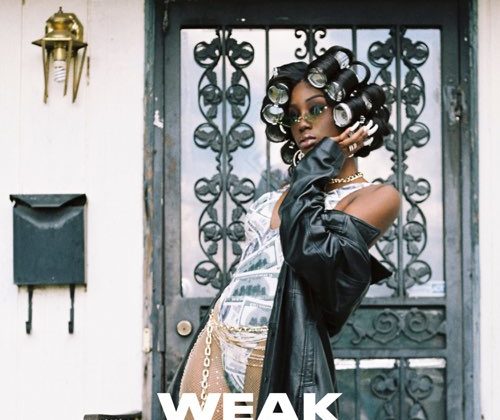