It’s been known for some time now that we’re getting a new TV series based on Loki in the MCU. News has been light since the original announcement though, except for the fact that the series will be exclusive to Disney Plus, the company’s planned streaming service. However, that silence may break soon as rumors about the series have started circulating.

Fans have been curious about Loki’s series since his demise in the opening moments of last year’s Avengers: Infinity War. Well, if the rumor mill is to be believed, Tom Hiddleston will be returning to reprise his role in the series, sort of. It’s rumored that Hiddleston’s Loki will serve as narrator to the series which will depict a younger Loki, played by a younger actor. This move apparently has nothing to do with money and seems to be meant to allow a younger actor to step into the role without completely erasing Hiddleston.

Fans have many theories about Avengers: Endgame, many include most of the heroes who perished in Infinity War return to life. However, considering his death came before Thanos’ infamous snap, it’s unlikely that Loki will one of the heroes brought back to life. So, this could also serve as a good way to placate fans obsessed with Hiddleston’s portrayal without pulling another ‘gotcha’ moment with Loki’s fake death. It’s also unlikely that we will hear any concrete news regarding the series until after Endgame.

No official release date, cast, or title has been announced for the series yet. 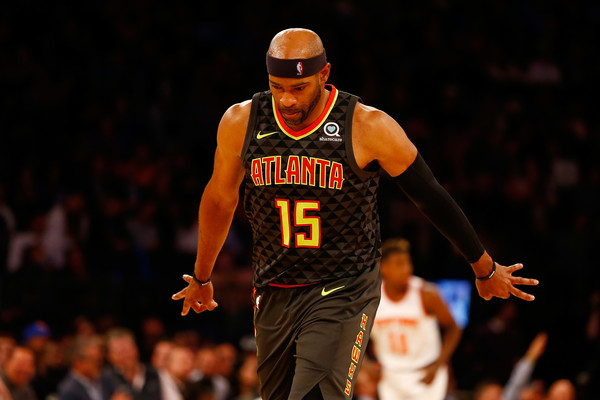 Vince Carter on Retirement: ‘I Can’t Imagine It Right Now’