Head Coach Brad Underwood and Illinois have landed the commitment of 2022 top 30 recruit and top five point guard Skyy Clark. He was originally committed to the Kentucky Wildcats but de-committed in early March. Clark quickly narrowed his options to six and picked the Illinois Fighting Illini over the Louisville Cardinals, Washington Huskies, Maryland Terrapins, Tennessee Volunteers, and USC Trojans. While he may have been considered a “one and done” at one point, now his play on the court will determine if he’s ready for the NBA.

Skyy Clark has committed to Illinois.

On Brad Underwood: “He makes you uncomfortable in practice so you will be comfortable on the road in Big Ten games. He lets his guards play and is a proven winner who I believe will help get me prepared for the next level.” @PaulBiancardi

Skyy Clark is the top recruit headed into Illinois this year, but three talented four-star recruits will also be headed to the program. Joining him will be top 55 power forward Ty Rodgers, top 75 combo guard Jayden Epps, and top 105 shooting guard Sencire Harris. They also have Baylor Bears transfer Dain Dainja headed into the program with the freshman.

With the former Kentucky commit on board, the Illini recruiting class now ranked in the top-10 nationally. https://t.co/hHuj1WD7DM pic.twitter.com/jueNMUyFSb

Skyy Clark suffered a torn ACL last spring, but bounced back quickly and is good to go in the Fall when he arrives on campus. Illinois will be looking to compete at the top of the Big Ten again this upcoming year and a recruit like Clark will help that happen. If he plays well he will one day soon be playing in the NBA. 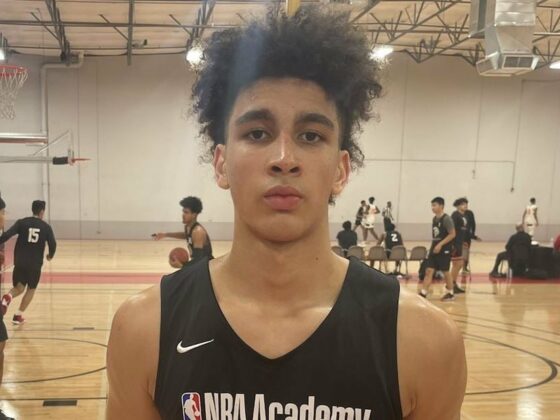