The Philadelphia 76ers have fined forward Amir Johnson for conduct detrimental to the team during their Game 1 loss to the Brooklyn Nets on Saturday according to Shams Charania of The Athletic. Johnson was seen using his cell phone on the bench, looking at it Joel Embiid.

The 76ers have fined Amir Johnson for conduct detrimental to the team for cell phone usage on bench during Game 1 against Brooklyn.

Philly texting on the Sixers bench as the Nets had a lead on them all game pic.twitter.com/2ogjPhajPj

Why exactly Johnson was using his cell phone while on the bench was never truly disclosed. However, the person seen using the phone with him says that it was because of Johnson’s sick daughter.

Joel Embiid on cell phone incident on bench with Sixers teammate Amir Johnson during Game 1 loss to Nets: "I looked down because he said his daughter was extremely sick and he was checking on his daughter." pic.twitter.com/hK1lnzbapj

Sixers head coach Brett Brown says that the use of a cell phone is “completely unacceptable” and that “the club will deal with it”. The use of cell phones on a bench could result in a large fine and/or suspension.

Sixers head coach Brett Brown on Joel Embiid and Amir Johnson looking at a cell phone on the bench during their Game 1 loss to the #Nets:

"It's completely unacceptable and we will deal with it internally, very soon. It's not something we are and certainly don't condone." pic.twitter.com/zu6G2YtPyo

As if the loss to the Nets was not difficult enough, Philadelphia could be without Amir Johnson depending on how the NBA lays down a punishment. With Joel Embiid ailing, the Sixers will be short on capable big men. Aside from Embiid, Boban Marjanovic and newly-signed Greg Monroe are the only big men on the roster.

Nipsey Hussle’s Legacy Has Officially Been Archived In The U.S. Congressional Record 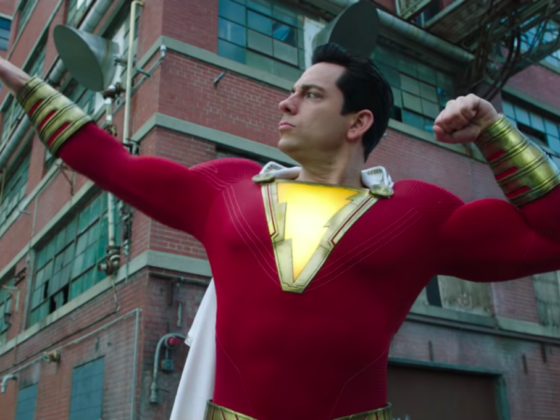 Box Office: ‘Shazam!’ Stays on Top as ‘Hellboy’ Disappoints in Its Opening