Roc Nation has finalized a partnership deal with American Greetings to launch their own line of greeting cards. This deal will involve the creation of greeting cards, digital e-cards, and virtual paper cards. Different product lines are also expected to feature various members of the Roc Nation family.

“When we were introduced to the leaders at American Greetings and began discussing the idea of customized greetings, both on behalf of Roc Nation and its artists, we felt like it was a natural fit,” Brett Yormark of Roc Nation told Billboard.

“It is an unexpected category that in many respects, given the breadth and depth of our talent, gave us a [different] way to reach new audiences.”

For American Greetings, this is simply an extension of their “Celebrity SmashUp” campaign. Recently, they’ve worked with Dolly Parton, Michael Bolton and Smokey Robinson to create customized digital cards that match messages with iconic song lyrics.

“Roc Nation United is focused on creating innovative ways for artists and athletes to connect with their fans, and this new relationship with American Greetings is a great opportunity to do so in a very special and entertaining way.” 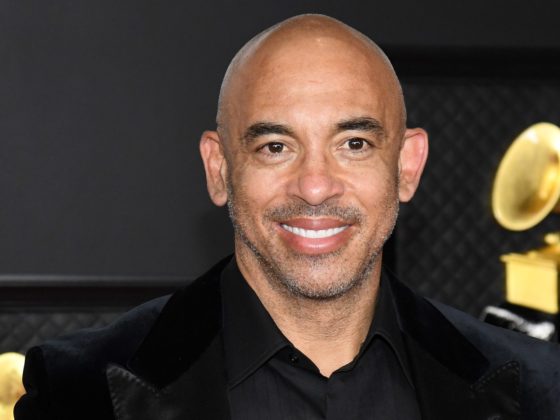