Eyes are on the heavyweight division in the aftermath of Deontay Wilder’s loss to Tyson Fury last month. While most are interested in the immediate rematch and a possible Tyson Fury-Anthony Joshua fight, there are a number of other fighters in the division that demand your attention. Kubrat Pulev, Daniel Dubois, Joseph Parker and Oleksandr Usyk are just a few names to keep an eye on. Joining them, Adam Kownacki sits at #9 of ESPN’s heavyweight rankings. Looking to make a case for a title shot in 2021, expect fireworks at the Barclays Center on March 7, 2020.

It’s clear that Sánchez is the stronger fighter after round one. He’s a bit anxious and forcing a few things, but he’s forced the action thus far. Dawejko continues to move, but it’s clear that it’ll be difficult for him to the distance if Sánchez continues to throw at this rate.

Sánchez and Dawejko are still feeling their way through this fight. There’s still a bit of uncertainty, stillness and precaution between the two fighters. Still, Sánchez appears to be a just a little bit more aggressive. Against him, Dawejko doesn’t appear to be backing up much and he clearly has the crowd on his side entering the third round.

Is it possible to win rounds and still be somewhat unimpressive? Sánchez is bouncing around and initiating action, but he never puts himself in a position to follow-up after he lands. In addition, he’s nearly hitting Dawejko in the back of the head. The referee doesn’t appear to be interested in taking any points away, but he does need to be careful. On the other end of things, Dawejko clearly wants to get inside and has been able to at times. However, he never lets his hands go to be able to take advantage when he does get inside.

It’s not often that a round ends with a 10-10 score, but that’s where we are at with this fight. Sánchez isn’t effective enough after landing a punch to get Dawejko in any serious trouble. Then, Dawejko refuses to throw enough to really be effective on the inside. Neither of them lost the round, but no one really won it either.

For the last few rounds, Dawejko has been the one to try to take away Sánchez’s reach advantage by getting inside. Instead, Sánchez was able to land a few power shots to the body in the last round. Dawejko didn’t appear to be hurt, but he nodded to let Sánchez know that he felt them.

Sánchez has shown no interest in getting into a brawl with Dawejko and that’s probably his best strategy. Through seven rounds, he’s managed to fight from the outside and stick to what he knows best. While it may not make for the most entertaining viewer experience, he’s winning nearly every round with this. Meanwhile, Dawejko continues to complain about hits below the belt and behind the head.

Sánchez is being Sánchez. Dawejko is being Dawejko. The eighth round was the same as the first seven rounds. A summary of what happened would be overkill at this point. The only interesting aspect could be how this is being judged on the scorecards. While conventional wisdom would lead many people to believe that the judges are scoring the bout in Sánchez’s favor because he is leading the bout by boxing, it could very well work against him. Others could view it as Dawejko having to chase down a man that is “running” from him.

Same old, same old. There’s one round to go an it’s clear that Dawejko will need a knockout to get a win here. While that seems unlikely, anything can happen in heavyweight boxing.

The final round was scored was a 10-10 round out of sheer disappointment. Neither fighter did anything to wow me, but neither did anything to really disappoint me. While it makes sense for Sánchez to fight from the outside, it’s hard to watch at times. At the same time, it’s very easy to see how Dawejko could be competitive in this fight if he just let his hands go. All in all, we’re left with a fight that was 60% of what it could have been.

Much of the first round was spent feeling each other out. Ajagba wasn’t really able to utilize the power that has gotten him a spot on television. Things are still early, but the taste of a long, drawn out decision is still fresh in everyone’s mouth. Calls for a knockout ring from each corner of the Barclays Center as we enter the second round. Hopefully, Ajagba will give the fans what they’re looking for.

Towards the latter half of the second round, Ajagba was able to break through Cojanu’s guard with two straight left hands. Nothing of consequence occurred, but it’s flashes like those that could prove to be the blueprint for something much bigger later on. On the opposite end, Cojanu continues to be the aggressor against a man who possesses power. Can he bully the bully more successfully going forward?

Neither fighter distinguished themselves in the third round, but Cojanu did just enough to win it. He started off the round by trading with Ajagba and putting the pressure on him. Ajagba fired back, but that’s what we’ve come to expect from him. Cojanu is keeping this fight interesting by putting them pressure on him and being willing to trade. It’s unclear if he can do it for ten years, but Ajagba hasn’t shown any urgency in getting him out of there. For the first time, Ajagba looks a bit ordinary against a more experienced opponent.

Ajagba won this round by being able to keep Cojanu off of him somewhat. There was a point in the last minute of the round where Cojanu looked to be backing in the corner and he was able to use two jabs to keep himself afloat. It’s been like that for the last few rounds actually. Ajagba is picking his spots and not being overly aggressive.

Ajagba is beginning to separate himself in this fight. He’s able to his 85 inch reach to land jabs from the outside and keep moving. Still, Cojanu remains undeterred. At this point, it’s unclear if Cojanu’s pressure or Ajagba’s game plan is keeping him from stepping on the gas and getting Cojanu out of there.

Cojanu is very much in this fight and can win it down the stretch. The sixth round provided some of the most awkward and entertaining moments of the fight. Cojanu was able to get Ajagba to stand and trade at times. It’s clear that both respect each other’s power, but neither is willing to back up. At the same time, Ajagba has complained at times about illegal shots. He was able to get a few seconds to gather himself, but it’s unclear if that will be an issue moving forward.

Two things were established in the seventh round. First, Ajagba is going to run away with this fight. He’s moving, landing shots to the head and not allowing Cojanu to dictate the pace. Second, Cojanu is going the distance. During the last twenty seconds of the round, Cojanu was able to land some shots on Ajagba in the corner before his opponent slipped away. Adding on, Cojanu has been talking trash to Ajagba most of the fight. He’s in it to win it and he’s not going away by knockout.

Ajagba put his foot on the gas and it paid off. Knocking Cojanu down, Ajagba just about sealed the deal. In fact, it appeared that the referee was going to stop the fight after Ajagba put Cojanu down, but Cojanu was able to show just enough life to keep things going. Despite earlier declarations, Cojanu may not make it to the end of the fight.

Ajagba puts Cojanu down for the second time. Towards the second minute of the round, it appeared that Ajagba wasn’t necessarily landing insane power shots. Rather, it was an accumulation of punishment throughout the fight that put Cojanu out of it. To his credit, he fought to the final second.

Aside from the crowd rocking at his every movement, it’s clear to see that Kownacki is going to be the aggressor in this fight. Giving up a height and reach advantage, he needs to cut off the ring and force Helenius to fight on the inside. With that being said, a plan of that nature is going to take time. While he needs to force the issue, he needs to avoid looking for a one punch knockout. If he hopes to continue to win rounds, he need to wear him down and look for a big shot in the seventh or eighth round as opposed to the first or second.

If the first two fights were slow and still, Kownacki and Helenius are looking to make up for that and then some. Kownacki is forcing this issue and putting the pressure on Helenius. It’s clear that he’s slowly hurting Helenius, but Helenius is still throwing shots to keep Kownacki honest. Still, he’s getting hit way too much for this fight to be going in his favor.

If Helenius is going to come back in this fight, he needs to be more proactive than reactive. He’s letting Kownacki walk right in and throw. From there, he tries to jab to keep him off of him. At this rate, Helenius is going to get caught and it’s going to be over from there. He needs to jab from the opening bell and move. He’s given Kownacki nothing to respect and be cautious off when moving in. Why would Kownacki back off? 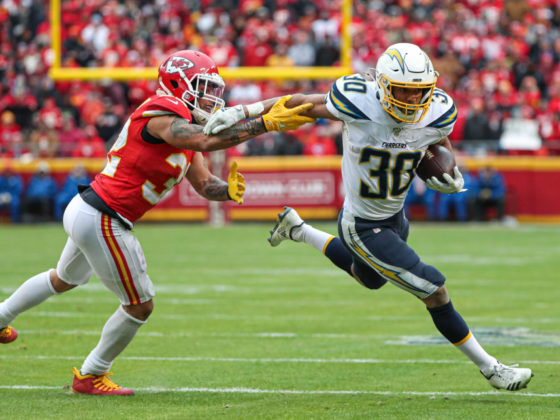 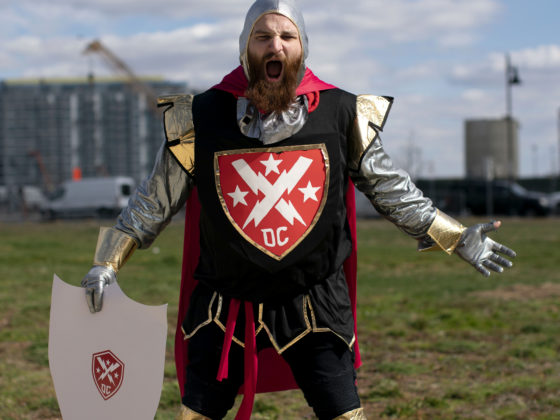