Today is the day! J. Cole kicked off the last week of Black History month with a little history of his own. “Middle Child” marked the first time the rapper had cracked the top five of the Billboard Hot 100 charts with a solo record. To celebrate the accomplishment, J. Cole hopped on YouTube to post the official video for his latest single.

Throughout the video, J. Cole takes a darker tone. He’s planning out rapper’s funerals and putting their heads over his fireplace. He can also be seen taking his victory lap with a Dreamville flag hanging from the back of his truck.

In addition to dropping the new video, J. Cole hinted at some more new music he has on the way. Earlier today, J. Cole did a quick Q&A with fans on YouTube. In doing so, he hinted at the highly anticipated release date for Revenge of the Dreamers III. J. Cole told his fans, “ROTD is being finished right now, post-production sh*t.” He added, “Tracking out songs, sequencing then editing, then we gotta mix. We’re shooting for April.”

It definitely would make sense for an April release. Dreamville will be hosting its first annual Dreamville Fest in just about six weeks. In the meantime, check out his official video for “Middle Child” right here. 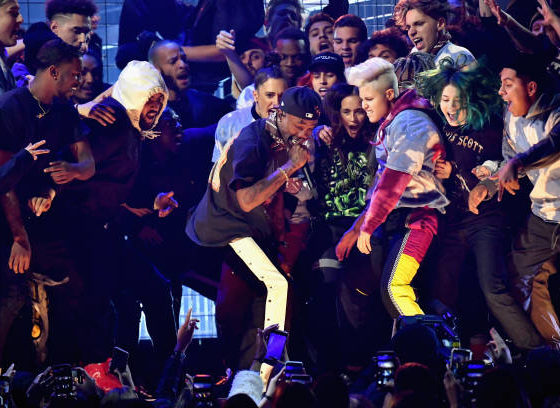