Head Coach John Calipari and the Kentucky Wildcats have landed the commitment of 2023 Top 25 recruit and top five combo guard Reed Sheppard. The London, Kentucky native committed to the Kentucky Wildcats over the Virginia Cavaliers, Ohio State Buckeyes, Indiana Hoosiers, and Louisville Cardinals. While it is possible the combo guard could head for the 2024 NBA Draft as a five-star he may also stick with the program for an extra season or two.

Reed Sheppard has long been known because of the legacy but he has proven to be one of the top players in the country.

Very few weaknesses in his game. Terrific shooter, passer, decision maker, rebounds well for the position and operates well out of ball-screens.

Reed Sheppard has been a heavy lean to Kentucky since he was offered by Calipari and the Wildcats. Five-stars seem drawn to the Wildcats, but one native to Kentucky is a match made in heaven. The NIL offers to the young combo guard are sure to be lucrative when they begin rolling in for the high schooler. John Calipari lands another five-star recruit that will likely play one day in the NBA.

Reed Sheppard commits to Kentucky. An ESPN 60 prospect who thrives as a facilitator and shotmaker with toughness and IQ. Had a terrific spring and summer with @MidwestBBClub #BBN @reed_sheppard @WhosNextHS pic.twitter.com/4Ho099C8h3

The 2023 class does not have many commitments overall and Reed Sheppard is the first commitment for the Wildcats in the class. He will surely be a fan favorite when he arrives at the program and will stay one for however long he plays there. 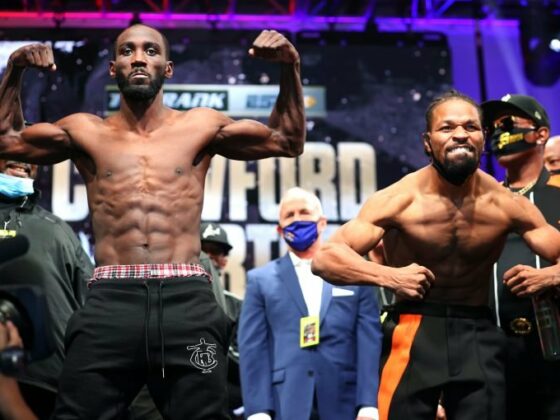 The Fight Plan: Here’s Everything You Need To Know About Shawn Porter-Terence Crawford