There was a long silence after the question was posed. Coach Zach Ferrell was on the other line and is likely the person who would best know the answer. As a longtime parental figure to Shai Gilgeous-Alexander and one that put a roof over Shai’s head while he attended Hamilton Heights Christian Academy, their closeness could not be overstated. Shai filmed the reveal of Ferrell’s second child, spent Christmases with him for years, and acts as an older brother to his two children.

This long pause, as all long pauses on the phone are, was much more pronounced because on the phone you can begin to hear all of the other person’s surrounding noise. During this pause, all that was heard was the low hum of a man on the road yet again for his high school basketball team. A school whose national ranking jumped to the top 20 in the nation during Shai’s time there. Then finally, with a chuckle, he answered. “Senior year, him and his cousin got infatuated with the show Burn Notice.” This long-awaited response was the lone hobby Coach Ferrell could recall Shai having outside of basketball: binge-watching a single tv show.

This tells you much of what you need to know about Shai Gilgeuous-Alexander. He is an old soul. He plays basketball, works out, relaxes at home, and does things like binge-watch a tv show about a spy instead of party in clubs. As other rookies have the spotlight shined so bright upon them that they appear to generate their own light, Shai is comfortably succeeding in hiding.

The team that he helps run, the Los Angeles Clippers, currently reside in 4th place in the Western Conference and have a 69 percent winning percentage with him in the starting lineup. He averages modest numbers, 10.6/3.3/2.9 on 46/35/81 shooting, but the Clippers are far better when he is on the court than when he is off of it.

His patience and poise are what is most to credit for this immense success at just 20 years old. Whether it is coming off a pick and roll or simple decision making when running the offense, Shai rarely seems out of control. “He never rushed, ever. He never rushed to get to the dinner table, never rushed when is he getting pressed on the court. He has never rushed,” says Coach Ferrell.

His basketball IQ may simply be too high to rush. Lou Williams concurred and called him “a pretty smart kid who is above the curve.” Shai’s smarts reveal themselves in many ways on the court. First, his navigation of the paint is veteran-esque. When he gets into the heart of a defense, he has a plethora of moves to either get a bucket or make the right pass. He is also a stellar defender who sticks with his assignment and does not try to do too much even though his long limbs and quick feet would allow him to do so.

He rarely takes a “bad” shot. When he shoots, it was likely the exact right time to do so. He has taken just one total three-point attempt on “tight” or “very tight” per NBA.com and when he shoots from 10 or more feet away from the hoop he shoots 67 percent of his shots on “open” or “wide open” looks.

Finally, when he makes a mistake, he is aware of it well before a coach speaks with him. Clippers head coach Doc Rivers called it “the great thing about Shai” saying to Def Pen Hoops that “9 times out of 10, he already knows the mistake.” Coach Ferrell echoed Doc’s sentiment by saying, “Shai was always incredibly coachable. He had a very good understanding of the game and what to do and what he needed to do better.”

Shai is a fantastic player who simply plays so well that it becomes almost unremarkable. He does not contain the flash or highlight reel moments that his rookie peers do. His basic stat line may appear middling but the numbers mentioned previously have only been done by one other player at 20 years old or younger: Kyrie Irving.

This lack of attention is nothing new to Shai. His junior year in high school, his biggest offer was to Binghamton University. He didn’t make the McDonalds All-American game. He did not make the Jordan Brand game. Shai was considered the lowest rated recruit at Kentucky the year he joined the school, and he fell to 11th in the 2018 NBA draft. All marks he should have surpassed, but did not, and yet has exceeded since they were handed down.

Shai Gilgeous-Alexander is currently in the infancy of his career. His game is at it’s most unpolished and his experience as low as it ever will be. His veteran presence, poise, and play make this reality all the more impressive and surprising. He has managed to keep his profile low and his play deadly for years. As rookies are ranked and careers are determined, Shai will likely be designated with yet another mark in which he will surpass. And much like the spy he so loved to watch, all of it will likely be done in quiet. 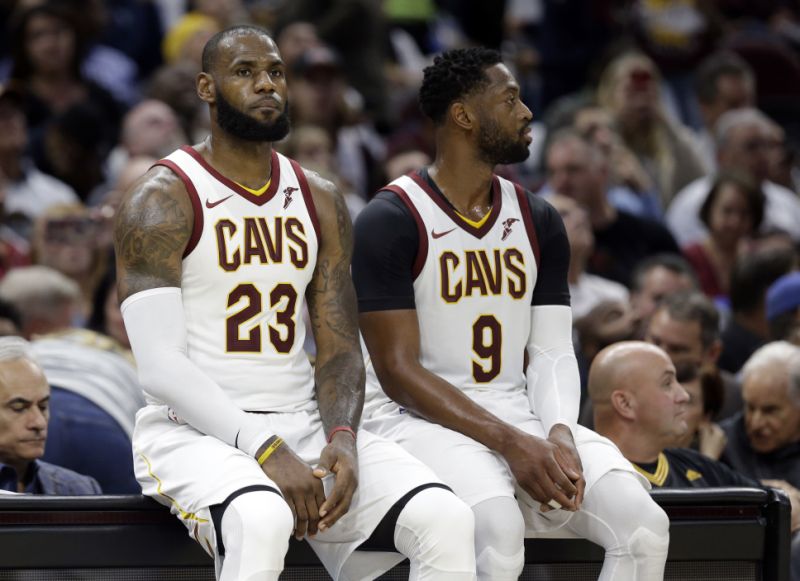 Dwyane Wade on his Last Game Against LeBron James: “It’s the ending of a chapter in both of our lives”