From the conception of Hip-Hop, Brooklyn has been a stomping ground for great talent. Whether a borough native or a product of migrating to the area at a young age, up-and-coming rappers like Paris Bryant is ready for their turn to make a lasting impact. Spreading positivity is just one of the motives for the recent high school graduate, a breath of fresh air considering the current status quo.

Born in Maryland but raised in New York, the rapper fully immersed himself in the N.Y. music scene with aspirations to work with the likes of Bizzy Banks and J.I. While at Bronx High School, Paris started a music club. We discussed how that experience transformed him as an artist, Paris explained how that group gave him the practice he needed to be who he is today. Through the music club and repetition, he enhanced his skills and capabilities in all things music (i.e., writing lyrics, performing, etc.). “The music group, helped me to become who I am now. If I wasn’t in the group, I probably wouldn’t have been how I am now. You know how they say practice makes perfect, so I got a lot of practice in that music group and it really molded me to make the music I make today” says the young rapper.

A recent signee of Cinematic Music Group in partnership with Geffen Records, Paris has released three singles so far, with each song showing off a distinct side of the artist. Produced by 17OnDaTrack and James Maddock, “Mad Mad,” his debut track, welcomes you with mellow guitar notes as the melody quickly picks up as the rapper flows effortlessly. Within the first thirty seconds, the Brooklyn transplant nods to the great Notorious B.I.G. and the talented late Pop Smoke, all while asserting to his haters that as they continue to be mad, he’s collecting bags. Switching flows and intertwining singing, there’s a clear message Paris proclaims. In the pursuit of money, do not fall prey to quick schemes; otherwise, the future might be grim. Like his lyrics, “They set us up/They give us money just to spend life in jail/My life is worth more than a dollar bill,” make sure to move through life with the right intentions. Even though Paris took many losses, he wants to serve as a positive reminder to his fans that there is always a brighter side to current circumstances. “I’m a positive person and there’s always a brighter side to things that are going on. I really really love music itself”, says Bryant. Amassing almost 50K views on Youtube, the accompanying video for Mad Mad aided his climb to success and gained the attention of reputable Hip-Hop websites.

Paris was introduced to instruments such as the guitar at a young age, leading to his current interest in the keyboard. While the rapper has put down the guitar, for now, to focus on other aspects, building his skills as an artist is everlasting, and as seen in his singles, Paris takes inspiration from anything. From his childhood, his parents, to his surroundings, music has played an integral part in most of Paris’s journey. After hearing the phrase “Prada You” and being inspired by those around him, came “Proud of You,” a song featuring Jay Gwaupo, which was released a little more than a month following his debut single. In the song, he reminisces on the days when he took the train and remembered a moment when someone asked him for change and how he wished he could have helped. Proud of You serves as a testimony of who Paris is, not only as an artist but as a person. He practiced what he wished he could have done that day for a stranger on the day of his graduation ceremony. After he and his classmates walked across the stage to commemorate their accomplishments, Paris took the stage and performed the inspirational track to his classmates. While pointing to a different person anytime he sang the words “I’m proud of you,” Paris cemented the celebratory tone, and that’s not all. Even though he’s still a new artist, Paris gave out $25 gift cards to the other graduates after his performance, truly embodying his lyrics and persona.

Outside of rapping his truth, he also encourages others who are blessed financially to help others in meaningful ways. He raps, “instead of giving them a watch, give them a hotel” or find another way to assist those in becoming their better selves which could be as easy as giving them “a book and pray for them.” Dealing with setbacks and a tumultuous youth, it’s a wonder to see an artist turn an unfortunate past for fuel, spreading positivity to those who will listen.

“Demon Time,” Paris’s most viewed music video on Youtube, solidifies the newcomer’s introduction to Hip-Hop. A single primed for the mainstream and a beat made to be heard with the right car speakers (the more bass, the better), Demon Time shows how easily Paris oscillates between singing and rapping. Describing his signature style as melodic rap comes as no surprise as you tune into Paris’ earlier work on Soundcloud. Melodic rap comes to mind when listening to “Heartbreak,” and with an upcoming single being released this week, which leans more into Paris’s talent as a singer, it is only a matter of time before we learn more about the complexity of the artist that is Paris Bryant. Before then, Paris has released “Know You Better,” featuring Rjae, another prime example of the rapper’s signature style.

Life has boundless twists and turns, but a positive mindset and initiative makes all the difference in the world. At one point, Paris found himself making money by selling candy on the train to now being signed to a record label with thousands of listeners, a number that has the potential to skyrocket sooner rather than later. Never the one to take success for granted, the rapper has prevailed through trials and tribulations to get to this point, and he’s barely out of high school.

With summer quickly wrapping up, Paris is on a steady climb in his mission to spread positivity. From “Proud of You,” “Demon Time,” and to the estimated 400 songs he currently has in the vault, the rapper has more than enough content to shed light and prove who he is as an artist. Any upcoming album or E.P. details have yet to be released, but stay tuned on the young artist and discover why the charismatic rapper is on a path to great success. New York, this is for you. 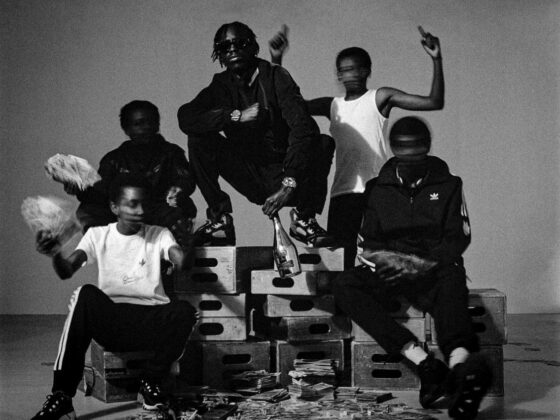 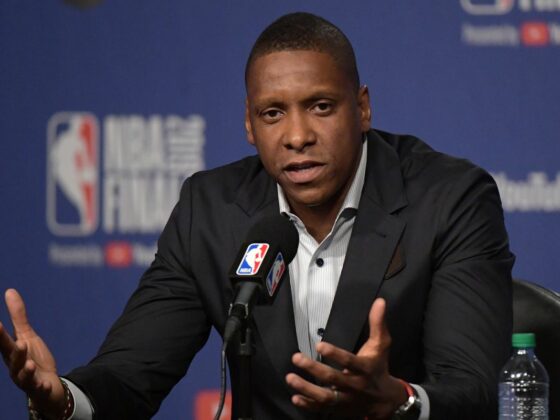