Make Picks With GameOn For A Chance To Win Up To $100k!

Back when the Pittsburgh Steelers were 1-2-1, it would have been hard to believe they’d be sitting atop the AFC North with a 5-2-1 record at this point. But here we are. Likewise, Carolina got off to a fairly slow start, only to find themselves in the thick of the playoff hunt heading into Week 10’s games. However, this game goes project as going the Steelers’ way. With that in mind, it would be wise to pick accordingly.

Featured Pick #1: Will Antonio Brown have a reception of 10+ yards on the first drive? (No)

Football is a game of chess. Moves made early can prove to just be pawns moving around, sacrificed to set something up down the line.

Carolina’s defensive backfield will undoubtedly have its hands full with Pittsburgh’s receiving corps. Especially regarding Antonio Brown. But you better believe they’ll be keyed on him in the early going. Conversely, unless Pittsburgh smells blood early, they’ll probably send Brown on some short routes early on, in hopes that they’ll be useful decoys for a double-move or deep route later on. They won’t waste those bullets early.

Brown averages 6.38 grabs a game. On those catches this season, he gets 11.6 yards/reception. Those numbers almost assure he’ll have a big play at some point, but since GameOn is setting the “No” at 195 points (compared to 190 for “Yes”), it’s a good question to score a few extra points on.

Featured Pick #2: Who will be the first quarterback sacked? (Cam Newton)

Having Ben Roethlisberger and Cam Newton in this game offers an interesting QB dynamic. They’re both huge guys who thrive when asked to extend the play and/or find additional time to throw (in or out of the pocket). In a sense, they’re opposite sides of the coin.

Neither of them gets sacked much. According to TeamRankings.com, Pittsburgh ranks fourth in sacks allowed per game with 1.4 per contest. The Panthers aren’t far behind as they come in sixth with 1.5. So it might be tempting to pick the “Neither will be sacked” option for the additional points. But the odds of both teams going the entire game without a sack is quite the longshot.

Picking Newton to be the first quarterback to take a sack in this game makes sense for two reasons. First, the Pittsburgh defense has 26 sacks this season, which is tied for fourth in the entire league. Meanwhile, Carolina has 21. Five sacks might not seem like a lot, but that puts the Panthers tied for 19th in the NFL.

Furthermore, Pro Football Focus has the Steelers offensive line ranked as the best in football. The same rankings have Carolina at 15th. And they credit the lack of continuity as being the Panthers biggest liability in the trenches. Newton also doesn’t have the weapons Roethlisberger has on the outside, meaning he may have to hang onto the ball longer and risk getting hit in the process.

Some teams tend to play pretty differently on the road than at home. The Carolina Panthers are one of those teams. Sure, they’re 6-2, so picking them to lose by 7-12 points against anybody would make a person nervous about that pick. But five of the Panthers wins have come at home, leaving them a pedestrial 1-2 on the road.

While the Steelers don’t necessarily have a dominating defense, they’re offensive is all sorts of explosive. Tempo could be a huge factor in this game. The higher the score, the better Pittsburgh’s chances of winning are. They want to make it into a track meet. Carolina would prefer ball control; drives that require a dozen or so plays that eat up minutes upon minutes of game time.

Home teams tend to have an easier time controlling tempo, which is a big factor in favor of the Steelers. And Carolina – as good as they are – tends to put up a clunker of the performances every now and again, especially on the road. It’s not hard at all to envision a tight game late with Pittsburgh up a few or tied and then busting a big play to score a game-winning touchdown or march down the field to tack on a field goal to make it a two-score game.

Michael B. Jordan Dares To Be Great In New Scene From ‘Creed 2’ 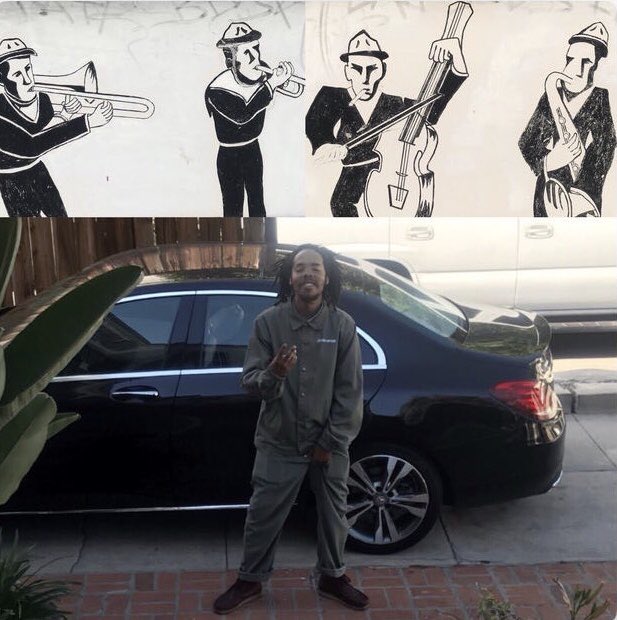