With so many teams across the league reshuffling their rosters and overall team buildup this offseason, the Indiana Pacers quietly remain one of the dark horses in the Eastern Conference. The Pacers were able to retain most of their key free agents and added guard Malcolm Brogdon and have now secured another one of their young players for next season in forward T.J. Leaf.

With Leaf’s rookie contract set to expire at the conclusion of the season, the Pacers picked up his fourth-year team option according to ESPN’s Adrian Wojnarowski. Leaf will now remain under contract through this season and also the 2020-21 season.

The Pacers are picking up the fourth-year option on forward T.J. Leaf's contract, league sources tell ESPN. Leaf was the 18th overall pick in the 2017 NBA Draft.

While T.J. Leaf has been far from what Indiana has expected through his first two seasons in the league, he hasn’t been a total disappointment. The potential is clearly there and as a big who is capable of spreading the floor, it makes sense for Indiana to want to keep him around. Leaf was selected just outside the lottery when he was taken with the 18th overall pick in 2017.

Leaf enjoyed a successful one-year collegiate career with the UCLA Bruins in which he averaged 16.3 points and 8.2 rebounds. Leaf shot nearly 47% from the field during his solo season in the NCAA as well, leading some to believe he would be one of the more dangerous stretch bigs at the next level.

While this has yet to come to fruition, this season will be a huge one for the 22-year-old. The Pacers are as solid as ever top-to-bottom and Leaf should have a considerable role in their frontcourt rotation along with standouts Domantas Sabonis and Myles Turner. Indiana opens its season in just under two weeks when the Pistons come to Bankers Life Fieldhouse on Oct. 23. 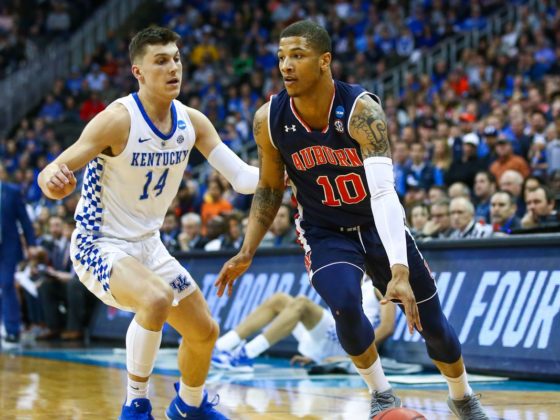