Puma has announced that its long awaited collaboration with the late Nipsey Hussle will be released on September 5th 2019. In a detailed Instagram post written by the Grammy nominee’s estate, fans learned about his involvement prior to his death.

The post reads, “Nipsey spearheaded this project from concept to final product over the course of last year, flying to meetings, reviewing samples, bringing in material references he liked, and most importantly ensuring that it reflected his style authentically with no compromise.”

Later, his estate adds, “Each detail from logo placement, fit, colorways, and materials was thoughtfully done.”

Our team is proud to announce that our first collaborative capsule with Puma drops on September 5th 2019. Nipsey spearheaded this project from concept to final product over the course of last year, flying to meetings, reviewing samples, bringing in material references he liked, and most importantly ensuring that it reflected his style authentically with no compromise. Each detail from logo placement, fit, colorways, and materials was thoughtfully done. His signature style and DNA can be found in each garment that’s part of this collection from the khaki suit to the tracksuit. This project is very special to our team and we’re handling it with the utmost care to ensure it’s delivered exactly as Nipsey envisioned it. It’s a privilege for us to honor his commitment and carry out this project for people to receive a personally curated collection by Nip Hussle Tha Great.

Prior to his death, Nipsey spoke often about his intention to collaborate with the lifestyle brand. Furthermore, he declared that the first project would be released Fall 2019. In a beautiful way, it appears that his team and Puma are continuing his work in his memory.

In addition, the collaboration will come just in time for the Nipsey Hussle Tower. The memorial to the philanthropist will chronicle his life and work. It is currently being built, but does not have an official opening date yet.

Tory Lanez Reveals That ‘Chixtape V’ Will Be On Streaming Services 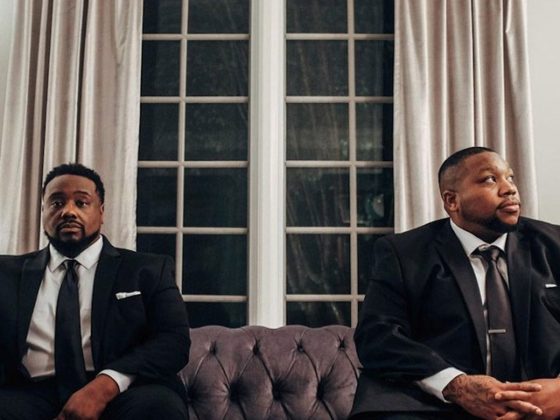