The Denver Nuggets were not expected to perform as well as they did this past season. Just one year prior, the team finished with a solid 46-36 record but ended up missing the playoffs. This had many concerned that the Nuggets were destined for mediocrity for the foreseeable future. However, the Nuggets clearly responded to said doubters, finishing the 2018-19 season with a 54-28 record. That was good enough for the second seed in the Western Conference. The Nuggets were able to participate in the playoffs for the first time in five seasons, and they took advantage of their opportunity. They were just minutes away from playing in the Western Conference Finals, largely thanks to the superb play of their superstar big man Nikola Jokic.

Jokic has been a very good NBA player ever since he entered the league back in 2015-16, but it was not until this past season that he proved himself to be a franchise cornerstone player. The 7-foot Serbian earned his first All-Star appearance and was named to the All-NBA First Team, both outstanding accomplishments for the 24-year-old. He was able to achieve such great success due to his improvements in all areas of the game. Jokic upped his scoring, rebounding and assist numbers from the season prior all while shooting 51.1% from the field. Even after such an excellent regular season, there were still some questioning whether Jokic is the type of player who can lead his team to wins in the postseason. Unsurprisingly, the absurdly talented center proved to the world through his postseason play that he takes his game to another level when it matters most.

Jokic finished the 2019 postseason with a gaudy stat line of 25.1 points per game to go along with 13 rebounds and 8.4 assists in 39.8 minutes of action. Also, for the entirety of the playoffs, he was able to convert on an impressive 39.3% of his shot attempts from beyond the arc while shooting 50.6% overall. Jokic was incredible throughout the playoffs but was not perfect. It understandably took some time for the young man to get fully comfortable playing postseason basketball.

During his playoff debut, a series against the San Antonio Spurs, Jokic struggled at times. He only finished Game 1 with 10 points on nine field goal attempts, and despite the fact that he finished the game with a triple-double, Jokic was clearly not as aggressive as he should be. Nerves likely played a factor into Jokic’s subpar performance because it was his first career playoff game, and seemed to learn and benefit from the experience.

Despite having a rough start in the Spurs series, Jokic ended up finishing it strong. For the entirety of the first round, , he averaged 23.1 points, 12.1 rebounds and 9.1 assists in 37.1 minutes per game. The series went to a deciding seventh game in which Jokic willed his team to the next round. Despite not shooting the ball particularly well in Game 7, he notched another triple-double, scoring 21 points while grabbing 15 boards and dishing out 10 assists in a 90-86 Denver victory.

In the second round of the Western Conference playoffs, the Denver Nuggets faced off against the Portland Trail Blazers. Denver ended up losing the series in seven games, however it was not because of Jokic’s play. The “Joker” improved upon his numbers from the series prior, putting up 27.1 points and 13.9 rebounds per game for the Conference Semifinals while shooting the ball with tremendous efficiency. Jokic shot 53.2% from the field while converting on 45.3% of his shots from long range in 3.7 attempts per game. He was practically unstoppable all series, as the Blazers simply did not possess any individual defenders who could contain him. For the majority of the series, Portland assigned Enes Kanter or Al-Farouq Aminu to guard Jokic. Kanter is known to be a poor defender due to his lack of mobility and lackadaisical effort at times, and at just 6 feet, 9 inches and 220 pounds, Aminu simply does not have the physicality to defend him at a high level.

Nikola Jokic is a uniquely talented player. Very few players at his size and position in the history of the game had the ability to put up the numbers that he does on a nightly basis. And at just 24 years old, Jokic will undoubtedly improve and continue to work on his game. His fantastic playoff performance proves that he is a once-in-a-lifetime caliber talent, and he will surely lead the Nuggets to the playoffs for years to come. 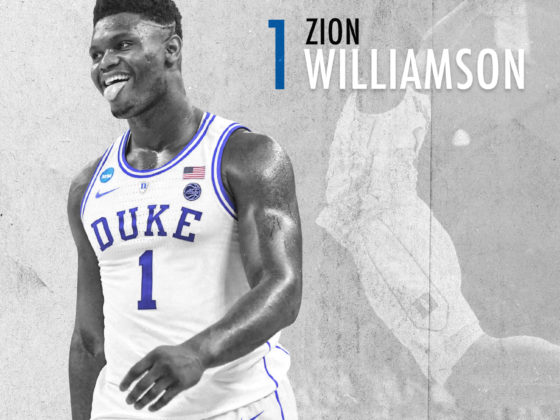 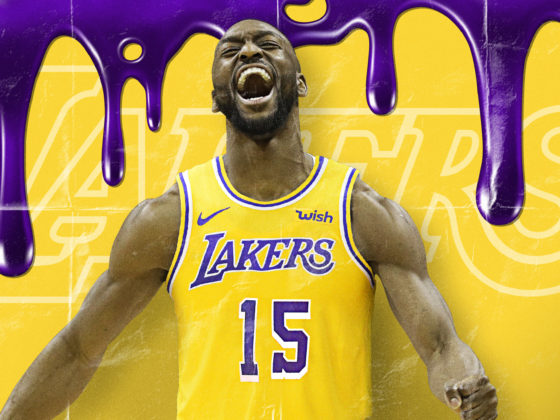 Can Kemba Walker be the Los Angeles Lakers Third Wheel?