Minority Owner Mark Stevens continues to face the consequences that go with putting your hands on an NBA player during a game. Stevens gave Toronto Raptors guard Kyle Lowry a shove during Game 3 of the NBA Finals, resulting in his suspension from NBA games for at least the next year.

However, the repercussions only continue to add up for Stevens. According to NBC News’ Dylan Byers, Stevens will likely be forced to give up his minority share of the Warriors before the start of next season.

? Multiple sources close to the Golden State Warriors tell me Mark Stevens, the minority owner who pushed Kyle Lowry, will likely be forced to sell his shares before the start of next season … #NBAFinals #KyleLowry

While Mark Stevens’ actions were simply unacceptable and a terrible look for the league, he may actually benefit financially. If Stevens was to sell his share of the Warriors now, he would gain nearly 4.5 times what he paid for it when he bought it back in 2013 according to Action Network’s Darren Rovell.

If Warriors minority owner Mark Stevens is eventually forced to sell his undisclosed stake, he’ll get around 4.5 times what he paid for it in the summer of 2013. A source told me he bought in at a valuation of $800M. Forbes has them at $3.5B now.

While the NBA continues to levy down the consequences for Mark Stevens, this furthers one of the NBA’s biggest problems: fans disrupting players while doing their job. In this case, it wasn’t even a fan but a minority owner, making the behavior that much more unacceptable.

Following the league’s investigation into the incident, the NBA banned Stevens for one season starting with Game 4 and was also fined $500,000. Now, things continue to get worse for Stevens as he will likely be forced to forfeit his shares of the Golden State Warriors. 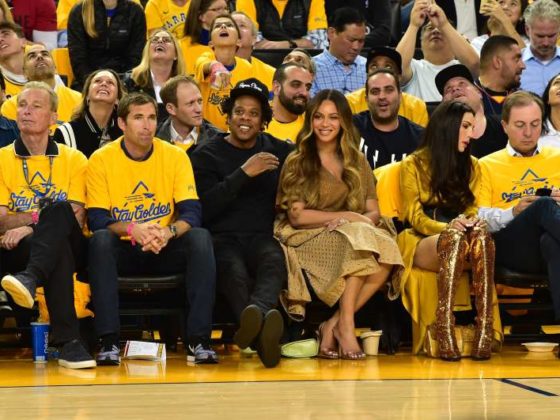