When we talk about NBA Draft there’s almost nothing like a sure thing (except Lebron James, probably). There are always doubts about the potential of a prospect, about his attitude outside of the court or his personality or about a million other things. But sometimes it’s not so strange to see way too many discussions about a prospect who looks genuinely really good and doesn’t seem to have any particular issue in his game. That’s what’s happening around the league with Luka Doncic who, after being the most coveted and appreciated prospect in this draft, appears to lose some traction and may fall outside of top-3, according to several reports.

But with Doncic I think too many people and executives are overthinking too much and are getting involved, once again, with the classic American issue when we’re talking about evaluation of players: underrating International prospects. Back in the 90’s, of course, the ignorance and the prejudices against the European players were much more clear and evident, now we live in a league where European players are superstars, guys like Giannis Antetokounmpo, Kristaps Porzingis, Marc Gasol and Nikola Jokic. So why there’s still this kind of fear when we evaluate International prospect? For a European writer like me, that’s really hard to understand. Especially in the case of Luka Doncic, I really can’t find a reason to be doubtful about his potential to become a superstar in the NBA.

At only 19 years old, the Slovenian talent has already won a Euroleague title, three Spanish championships, two Spanish cups, a gold medal at 2017 FIBA European Championship, was also named two times Euroleague Rising Star, one time Euroleague MVP and one-time ACB MVP. This season with Real Madrid for Doncic has been nothing short of amazing, he received basically every possible individual award and brought home both Euroleague and ACB title. He took the team on his shoulders for most of the season, especially after the injury of the other Real Madrid superstar and former Houston Rockets draftee Sergio Llull.

So, where all these doubts come from? Is it because Doncic didn’t do any kind of workouts before the Draft? Well, that isn’t exactly his fault. The season in Spain is very long, especially if you play for Real Madrid and you basically reach the Finals every single season. Doncic just won the ACB title so he was impossible for him to plan any kind of workout for NBA teams during this period. But thanks to the win of the Finals in four games and not in five, Doncic will be able to attend the Draft in New York on Thursday.

Or maybe is it because of his ‘lack’ of athleticism? Well, that’s another very questionable doubt. First of all, athleticism is a very perception-related thing. We can’t really quantify it in a univocal way. As Tom Haberstroh noticed in the latest episode of his podcast, last year when P3, a performance facility that works with a lot of NBA players and teams, highlighted his amazing ability to decelerate, at the same level as James Harden. There are different ways to be athletic, it’s not only about vertical leap and being able to dunk on every single opponent. The last time I checked Nate Robinson and Gerald Green weren’t multiple time NBA champions and you can’t deny that they’re really athletic guys. As Jonathan Givony highlighted in Haberstroh’s podcast:

For me, you can’t do the things that Luka Doncic does if you’re not athletic. The rebounds, the steals, the blocks, the dunks, the way he droves fouls, the way he finishes at the rim, he shot over 60 percent from two this season. For a guy who’s supposedly not being able to get by anybody, he surprisingly finds many ways to put the ball in the basket

The only concern about Doncic’s game that I can get behind it’s his 3-point shot. His numbers dropped this season, he shot 32.9 percent from three in Euroleague and 28.5 percent in ACB. But his mechanic is not broken at all, he just needs to improve his confidence and his shot selection. Real Madrid plays a very slow half-court type of basketball in which Doncic is forced to take a lot of pull-ups shots in the final seconds of the play, so his shooting numbers can’t be extraordinary for the moment. But in a different kind of system, with more space and possibly next to a creative PG who can feed him in the right way, I’m pretty sure that Doncic’s shooting percentage can only improve.

With Phoenix increasingly heading towards to select Ayton at no. 1, Sacramento and Atlanta reportedly thinking about other players, there’s a concrete possibility that Luka Doncic may fall out of the top-3. About this situation, an NBA scout told Def Pen: “Luka may fall out of top-3 but it’s almost impossible that he falls out of top-5. Memphis or Dallas are going to take him if he’s there. Dallas is really in love with him and Memphis is gonna take him if they don’t find interesting offers on the trade market”.

The reason why Sacramento isn’t in love with Doncic is still not clear but Divac doesn’t seem too high on the Slovenian prospect. They have seriously considered drafting Michael Porter Jr at the second pick but his medicals examination didn’t exactly reassure the executives of several teams and he may fall outside of the top-8, leagues sources told Def Pen Hoops.

If all these doubts around Luka Doncic are for real or they’re just one hell of a smokescreen remain to be seen. But one thing is for sure after the NBA Draft many teams will regret those doubts, because Doncic is a dream prospect, as Steve Nash recently said.

You can keep doubting him but you can’t ignore the reality. Luka Doncic is for real.

Luka Doncic finishes his amazing season with this absolutely insane three-point shot, leading @RMBaloncesto to the @ACBCOM title against Baskonia. Doncic will now be able to travel to the USA and attend the NBA Draft. pic.twitter.com/MoyTXOQRcl

REPORT: Cavaliers ‘Not Actively Shopping’ Kevin Love, Hope to Keep Him Next Season 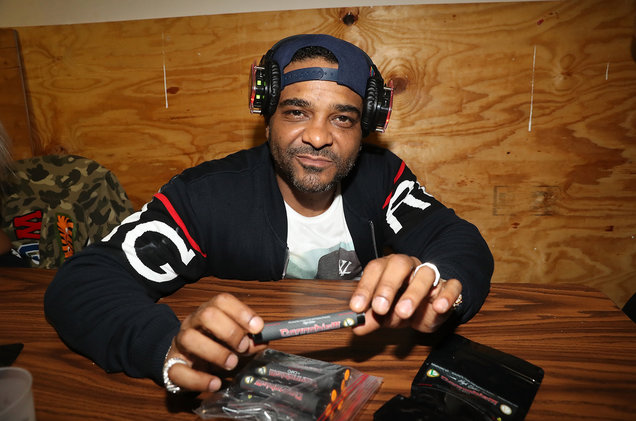