The @Dodgers are NL CHAMPS for the third time in four years! pic.twitter.com/svUfiEwUZY

The Atlanta Braves had a tight game until the Los Angeles Dodgers brought in Blake Treinen, who surrendered three runs in the ninth inning. Freddie Freeman continued to prove he belongs in the Most Valuable Player (MVP) conversation for the 2020 season.

Dodgers starter Walker Buehler threw five innings, but the bullpen would ultimately surrender the game. The Braves offense showed out and helped them get out to a 1-0 series lead after Treinen, and Jake McGee were unable to have a strong ninth inning.

Both offenses were showing out in game two, but the Braves were up 8-3 going into the ninth inning. Josh Tomlin would surrender three runs before allowing closer Mark Melancon to get into the game who still allowed a run, keeping it as an 8-7 ballgame.

The Braves would go 2-0 on the series as Freddie Freeman continued his tear as well Ozzie Albies, who was 3-4 on the night. The Dodgers offense got going as Corey Seager tallied four RBI of the Dodgers seven runs.

After going down 2-0 on the series, the Dodgers came back and made a statement during game three’s first inning. They would chase starting pitcher Kyle Wright out of the game before the top of the first inning even ended, scoring 11 runs in the first, one in the second, and three more in the third.

The Dodgers offense saw Max Muncy tally four RBI, Joc Pederson manage three RBI, and Corey Seager allowed three RBI as well. The Dodgers would make the series come back to 2-1 in favor of the Braves.

The Braves would inch closer to advancing after scoring ten runs and getting seven runs off of Clayton Kershaw and Brusdar Graterol after a big sixth inning by the Braves. Graterol was an acquisition from the blockbuster Mookie Betts trade that the Dodgers managed prior to the 2020 season.

On the mound for the Braves was Bryse Wilson, who allowed only one run through six total innings, giving way to the bullpen that was able to keep things in check in game four. The Braves would head into game five up 3-1 on the Dodgers.

The Dodgers would come back and get in the series once again after two three-run innings after Corey Seager hit two home runs on the day as well. Dodgers also got a home run out of their backstop in game five, Will Smith, who helped supply part of the Dodgers seven runs.

The Braves were up 2-0 through four innings; the Dodgers started to get the offense going and would ultimately put the game away and crawl back into the series. Freeman was 2-for-4 on the day as he continued his case for NL MVP.

The Braves would send Max Fried to the mound, who tossed 6.2 innings, allowing three runs on eight hits. The Dodgers would nab their three-run lead in the first-inning after home runs from Corey Seager, and Justin Turner helped their cause.

For the Dodgers, Buehler battled back after a tough start; he would toss six innings, allowing no runs, but allowing seven total hits on the day. The Braves would scratch across one run from a double by Ronal Acuña Jr. in the seventh, but that is all.

Bellinger would hit a home run in the seventh inning off Chris Martin to give the Dodgers the lead, and then Julio Urías would come in to close things out. Urías would throw three scoreless to preserve the win and elevate the Dodgers to the World Series. 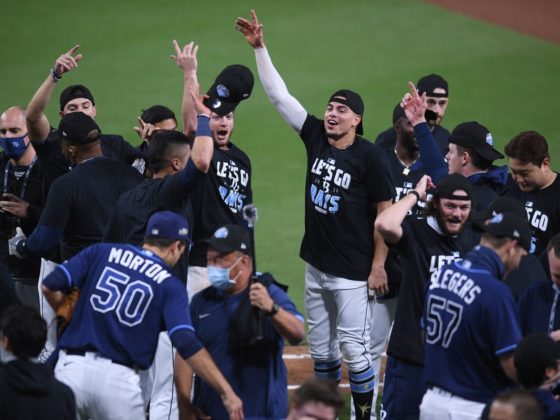