It has been a bad week for Liam Neeson. After a controversial interview where he made some pretty racist remarks, Lionsgate has pulled the red carpet premiere for the ‘Taken’ actors new action film ‘Cold Pursuit’.

The studio had no comment but sources said that Lionsgate decided to pull the plug on the carpet due to his revelation in an interview earlier this week with the Independent that was hoping to kill some “black bastard” upon learning his close friend was brutally raped over 40 years ago.

Neeson has since back-tracked his comments, the actor appeared on ‘Good Morning America’ to apologize and claim that he is not a racist.

“I never felt this before, which was a primal urge to lash out,” he explained to Robin Roberts. “I asked her, ‘Did you know the person? It was a man? His race?’ She said he was a black man. I thought, ‘Ok.’ After that, there were some nights I went out deliberately into black areas in this city, looking to be set upon so that I could unleash physical violence. I did it for maybe four or five times. It really shocked me, this primal urge I had. It shocked me and it hurt me. I did seek help. I went to a priest. I had two very good friends I talked to, and believe it or not — power walking — to get rid of this.”

Cold Pursuit releases in theatres everywhere in 3 days and the premiere was supposed to happen on Thursday. While that’s not happening anymore there’s no doubt that Lionsgate will try to change the conversation surrounding Neeson. At the end of the day, his words were taken out of context a bit. But in a political climate like this, actors and celebrities need to be careful with things they say or how they feel. Especially in the eyes of the media. Now, Neeson will always have this cloud over his legacy. 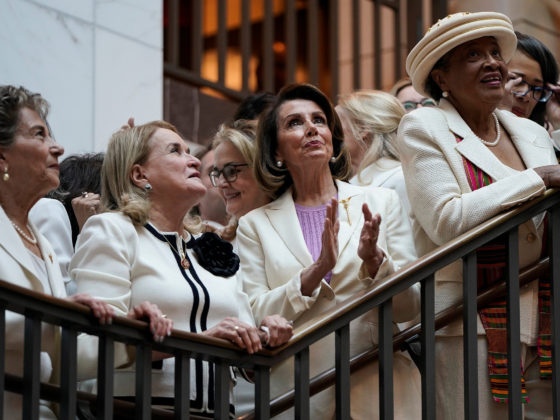 Alyssa Milano, Michael Rapaport and More Fire Back At Donald Trump During State of the Union

Common, Amy Schumer And More Offer Support For Stacey Abrams As She Becomes The First Black Woman To Deliver The State of the Union Rebuttal